A name from my early Naim days cropped up this morning: Dave Grusin. I came across his music at the Sound Organisation in the early 1980’s; one piece in particular was played repeatedly: Mountain Dance. I tried to get copy back then but it was not available. Now I can listen to other versions of it via streaming. But I’m disappointed… is my memory playing tricks?

Here’s one of the versions available that is not so much of a cringe. 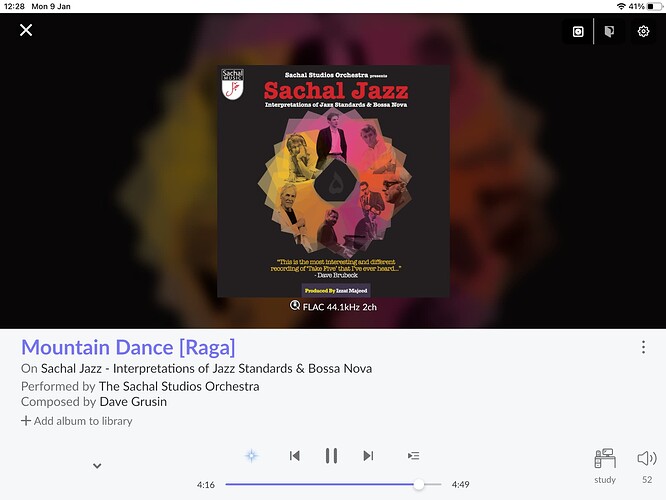 It’s a track I enjoy, but I didn’t know it was a classic demo track back in the day. What sounds wrong about it to you?

Try the track Banning Back Home by John Williams from the soundtrack to Hook (1991) if you want something similar.

It’s not that it sounds wrong but that it’s not as engaging or memorable as I remember it being (6x135, 32 or 42 with isobariks). I suppose it’s a change in music tastes.

Thanks for the recommendation.

I have occasionally seen it derided as ‘smooth jazz’ or ‘lift music’, which I don’t personally agree with but that’s musical taste for you. I can imagine it’s the sort of thing one might ‘go off’ over time.

As I understand it, Isobariks are quite different to your current speakers, which might explain it.

Indeed, I try to avoid such labels but I liked it at the time and was disappointed that the album was not available … at the time I had Linn Kans and did not go active for another 10 years or so.