Can I connect the Roon Nucleus directly with HDMI to the Naim Atom.

Yes. Though obviously only for stereo.

If you have an A/V receiver or another device with an HDMI audio input, you can connect the HDMI output on the back panel of the Nucleus to it. The HDMI output supports both stereo and multi-channel audio content.

The Nucleus does not have an HDMI ARC port, so I don’t think you will get this to work. However, given that both Nucleus and Atom require a network connection you don’t need a direct connection between the two devices. They will find each other over your network, and this is Roon’s recommended connection method.

ARC just means the audio return channel is sent back by a TV to an AV receiver (typically) sending a picture to the same TV. Picture out but can receive sound back. As the Naim hdmi sockets are all for audio in, I dont think it’s particularly bothered what’s on the other end (apart from some TV’s with perhaps out of spec HDMI implementations appear to cause issues).

I do wonder why that HDMI socket is on the roon nucleus - other than it comes as standard on the motherboard that roon have used, assuming it’s an off the shelf one, so why not use it. You’d think it would be for hooking up a little display to show what roon is playing, but doesnt appear to have been implemented that way.

I dont own an atom and I dont own a nucleus, but spec wise it should work. Though as you say, ethernet would be the usual method of hooking these up, but that’s not what was asked.

You’d think it would be for hooking up a little display to show what roon is playing, but doesnt appear to have been implemented that way.

That’s correct, it seems to be a Roon implementation oddity, don’t ask me why. They offer Chromcast or a http web view for “now playing”.

Danny recently asked for user input for future Roon OS 2.0 features on the Roon forum and made these comments on HDMI:

How about you tell me what you’d like to see?

Things not on the table:

Things on the table (but not yet committed to):

Thanks to all for their answer.
Now have another question …

I get this message “Warning, amplifier overcurrent detected. Lower volume and check speaker connection. Then press OK to continue”
This indeed only happens when the volume is very loud (above the volume which I rarely or never use)
My speakers id the KEF LS50.
Why is this happening and could it harm my Atom

What speaker cables are you using? 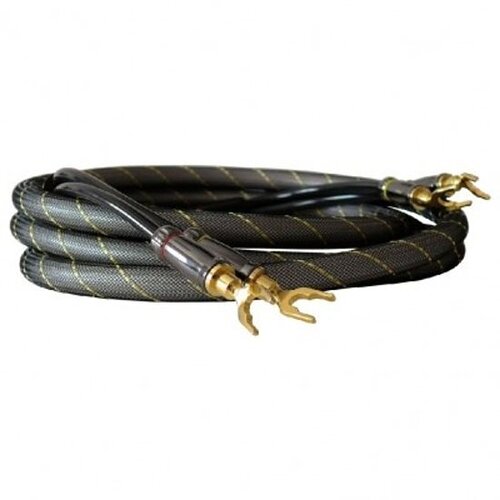 I can’t find its electrical specs except the resistance, which is 3.8 ohms/km, which should not be a problem. (NACA 5 is 9 ohms/km, Naim speaker cable FAQ).

No info about its inductance and capacitance, though, nor about how exactly it is internally constructed. So who knows.

The Unitis are quite tolerant of speaker cables, but the issue does appear like it could be a cable issue. I’d try another one (non-braided, non-twisted), can you borrow a NACA5 from the dealer to see if it makes a difference? You can also buy a used NACA5, they are readily available, and sell it on if necessary. Make sure that its termination on the amp end fits a Uniti, either with bananas or the narrower Naim plug.

As previously mentioned, you should not use any speaker cable that does this: 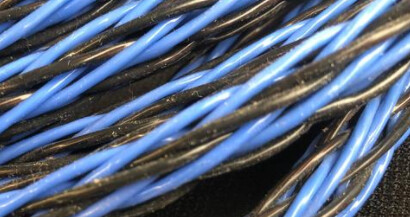 It’s difficult to tell from images online, but it is suggested the dynavox is twisted pair. 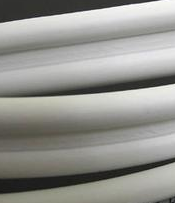 ie positive and negative with a separation in the middle
Another example: 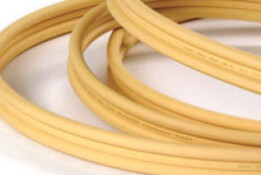