I think they’re the same thing.

The best upgrade for MK1 SBLs was to fit later Naim mid/bass drivers in place of the M-S items. Unfortunately Naim no longer make these and I think their stock of spares are now exhausted. However, they can be found secondhand, and a cheap and tatty pair of Credos could provide a pair, albeit they won’t be the selected or matched ones that were fitted to SBLs, but after so long it probably does not matter so much.

New crossovers, although I don’t know whether Naim still have these available. You could consider a ‘service’ with the fitment of new NACA5 and plugs.

However, they can be found secondhand, and a cheap and tatty pair of Credos could provide a pair, albeit they won’t be the selected or matched ones that were fitted to SBLs

Does the same apply to SL2s @Richard.Dane even though my SL2s are perfect its always nice to know options for the future.
Cheers

Beware though, I’ve seen Intro mid/bass drivers being sold online as SBL drivers. They aren’t - they are quite different in spite of looking very similar.

Thanks Richard. Hopefully many more years of SL2 enjoyment without changing a thing

When Jason replaced my SL2 tweeters last year I asked about the mid / bass drivers. He said exactly as Richard, that they were in fine fettle even though 20 years old and as long as they are not driven so hard they blow there wouldn’t be any need to replace them.
Of course, the tweeters are another matter and over time they get quite badly degraded. This is what mine looked like when Jason replaced them: 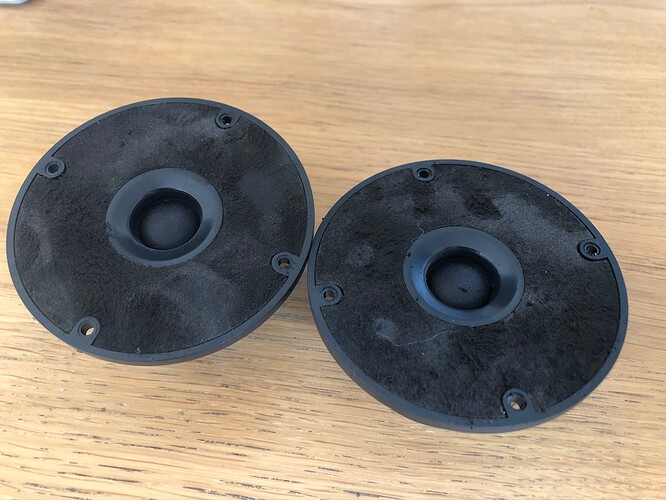 And this was the replacement: 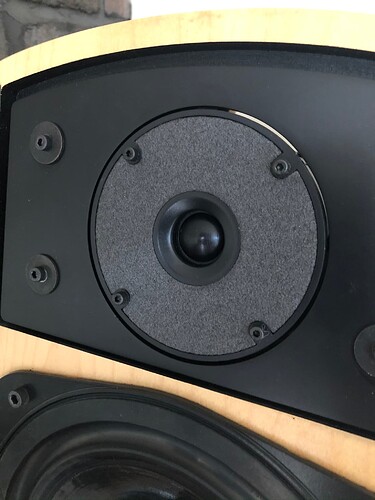