Recent health issues have led to the prospect of DVLA nicking my driving licence. Had tumour removed last year, but something troubling returning according to scans. Anyway, I’ve been looking at getting a bike instead and am impressed with the Brompton. Reading up on it I was surprised to see the connection with Naim. Probably way behind the curve here, but discovered that Julian Vereker, an early Brompton owner, encouraged Andrew Ritchie, Brompton founder, to participate in the Cyclex Bike Show at Olympia in 1987. Brompton won the coveted Best product and the rest is history. Time for a Naim/Brompton product?

Well there’s Naim for Bentley. And that boat thing they were doing. So why not. I have been looking at a good music solution for my bicycle which isn’t a smartphone on a clip mount and bluetooth earbuds. We could convince the powers at Naim I am sure. They would get right on it, just as soon as the NAC-272 replacement is birthed.

Why not? Perfect brand match.

In theory, yes, but in practice, no. I don’t think any responsible cycle company should encourage cyclists to listen to music while interacting with other road users. Hearing what is going on around you while cycling is a vital complement to visual awareness, in my opinion.

Hearing what is going on around you while cycling is a vital complement to visual awareness, in my opinion.

Although it’s generally proven that a cyclist wearing headphones can hear more of the road environment than a motorist in a car.

Brompton do various special editions. The one with CHPT3 with lots of pricy titanium parts may appeal to the Naim owner

David Henshaw’s book Brompton Bicycle is well worth a read if you’re interested in the story. 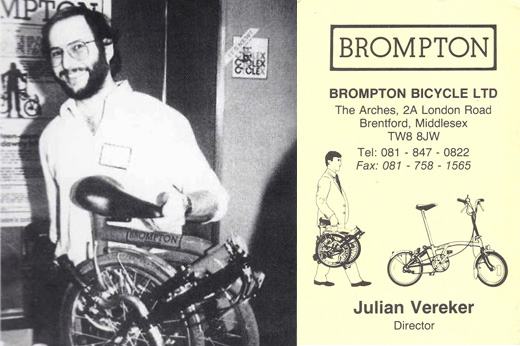 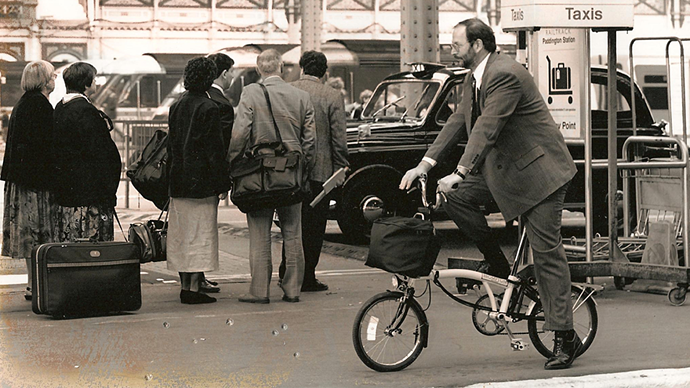 I’m a fan of the Brompton and have an orange one that’s rather handy from time to time. 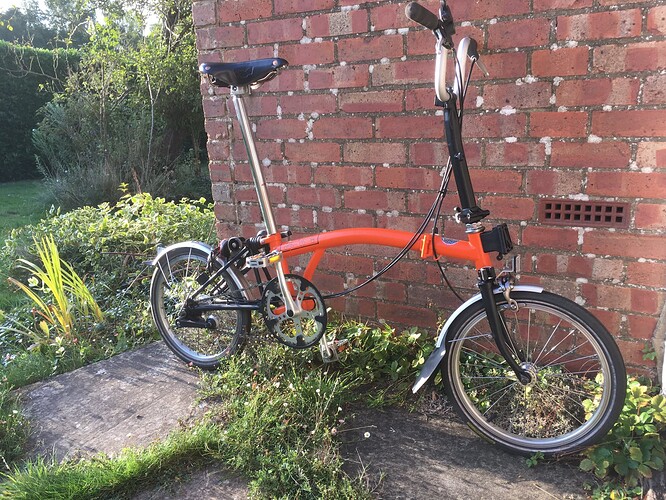 Has that Brook’s saddle worn in yet?

Book looks fab Will get it. Love the titanium edition but v pricey against the C Line

In another 30 years, maybe. However, it’s very comfy even now.

That photo of Mr Vereker must have been taken outside Victoria Station, surely?

I can see Paddington on a sign in the background.

Ah yes, I see it now (just behind his head).

Thank you, I stand corrected.

You can tell it’s Paddington from the marmalade sandwich

And the bear wearing a hat and sitting in the back of a taxi with Mr and Mrs Brown.

I’m wondering how they’d integrate the sound system, with ‘loudness’ compensation… Clearly not headphones for a bike, so speakers (foldable) on the handlebars? A sub unit in the seatpost, vibrating the seat? Best be an e-Brompton to cope with the added weight as well as to power the system.

Although it’s generally proven that a cyclist wearing headphones can hear more of the road environment than a motorist in a car.

But the motorist doesn’t need to hear as well for his/her own survival!

Regardless, in the UK it may be deemed to be against the highway code to wear headphones when cycling (or driving) - and I understand is expressly forbidden in some countries, e.g. France.

I know it’s definitely banned in Spain. One of the pro cyclists living in Andorra got pulled over when they crossed the border.