Finally found it a few days ago in a large plastic box whilst clearing out an old increasingly costly storage unit.

New CD puck and link plug arrived today. Stuck for somewhere to site it, so it’s atop a storage box, with a polystyrene slab and a towel underneath it in that order.

It’s hardly had time to warm up yet, but starting to wonder if I originally underestimated it - sounding very musical with an analogue feel currently, playing Seal and Mary Black. The Oppo UDP-205 by comparison is more digital sounding, more detailed but brighter and just not as involving.

I’ve played the Seal album a few time recently on the Oppo and it just wasn’t grabbing me the way I recalled it years ago, the CD 3.5 is simply enjoyable and involving with the same material.

Naturally I didn’t get the Oppo primarily for CD duties, just snagged one of the last ones for video and audio/DAC potential.

Makes me really wonder as I always preferred the LP12 years ago, has the LP12 sound signature departed from what I used to enjoy with upgrades?

Irrespective lovely to have the CD 3.5 up and running again and a plus I can control it with the NAC 282 remote.

The CD 3.5 was an excellent player. Started me on the Naim path years ago. A flatcap will enhance the sound and can be found for a good price. Unsure if the laser mechs can be replaced however.

The CD 3.5 was an excellent player. Started me on the Naim path years ago. A flatcap will enhance the sound and can be found for a good price. Unsure if the laser mechs can be replaced however.

I must admit it took me a little by surprise last night, and comparing to the Oppo is perhaps not ideal either - when I got the CD 3.5 many years ago it was my first and only specialist CD player, and I really much preferred the LP12 at the time.

The CD 3.5 didn’t get a huge amount of use from memory - this was largely bad timing I think as I’d never liked CDs much and didn’t have many to begin with. It often failed to play new CDs with non red-book compliant copy protection mechanisms I was buying at the time, and although I shifted to buy many more CDs later this largely coincided with high capacity MP3 players coming out and the ease of getting albums onto these via computers. I recall the software running the CD 3.5 could be upgraded (someone kindly mentions elsewhere that this was by changing the original control software PROM in an effort to improve non red-book CD compatibility and some minor interface tweaks.)

Yes, a PSU should improve it further and I have a HICAP waiting in the wings, I just wanted to see how it sounded without one first, plus as mentioned I have no free rack space at the minute. I can’t recall with certainty if I got an ex-demo/pre-loved HICAP with the CD 3.5 originally or if I added one later.

I wonder how many people still use this player?

The transit screws weren’t in situ when in storage but the storage unit was only a mile or so away and I drove back very slowly via the flattest route possible. Typically these have subsequently turned up.

I wonder how many people still use this player?

I do. Bought mine new in 1998. The transport was replaced by Naim many years back and iirc they carried out some other ‘standard’ tweaks at the time. Defo. sounded better when I got it back. 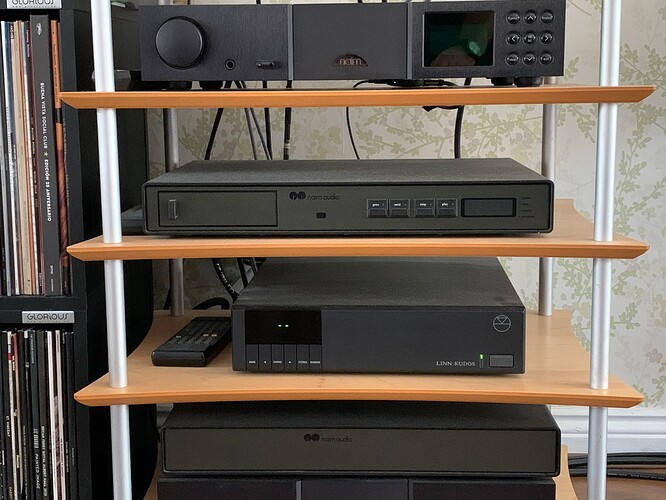 I compared a CD on it last night with a stream on the Nova, both connected to the NAC 282.

The Nova sounded rather ‘muddled’ in more complex sections of the same track by comparison though this was a Qobuz stream so not necessarily strictly comparable compared to a rip of the same CD. Interesting.

Enjoy it , I had a CD3.5 powered by an Hicap for almost a decade and still miss it . Such an enjoyable source .

The CD3.5 was my first Naim CD player and it with a Nait3 and FC were responsible for hooking me on the Naim sound more than 20 years ago. Excellent little player.

I owned a CD3.5 with Nait3 back in the nineties, loved it. Replaced the 3.5 with a CDX and never felt this was a real improvement over the 3.5 until a CDS2 came along.

Its a great player, real bargain too.

A CD3 and NAIT3 were my Naim gateway drugs.

Its a great player, real bargain too.

I suspect I never really gave it a chance all those years ago due to my preference for vinyl.

After a relatively short period revisiting it, it just seems to do the basics very well, the sound is very engaging and simply enjoyable in a way many modern items seem too detailed or analytical these days. Gosh, I might even start buying CDs again instead of downloads!

Gosh, I might even start buying CDs again instead of downloads!

Bought my CD3.5 in 2000 to replace my Rega Planet CD player. Upgraded to a CDS2 in 2019 but still have the 3.5 which gets used from time to time to check it’s still ok. While the CDS2 is the best player I’ve ever heard, the 3.5 is no slouch. It has a lot of boogie factor and still makes me smile.

I think the 3.5 is a hugely underrated player, and makes for a bargain these days.

I still use my 3.5 with flatcap. It only gets an occasional spin as it is in what is now our holiday home.

The CD3.5 eventually fronted a new 102/140 into Dynaudio Contour 1.3MkII’s. What a system that was…sadly long gone and ‘upgraded’…

My 3.5 was my second piece of Naim kit (first was 2x5m of NACA4 bought in the ‘80s). Acquired from the auction site one Wednesday afternoon during a very long telecon with the s/c systems team.

But my CDX+occasional XPS is better.

Which, I suppose, is as it should be. 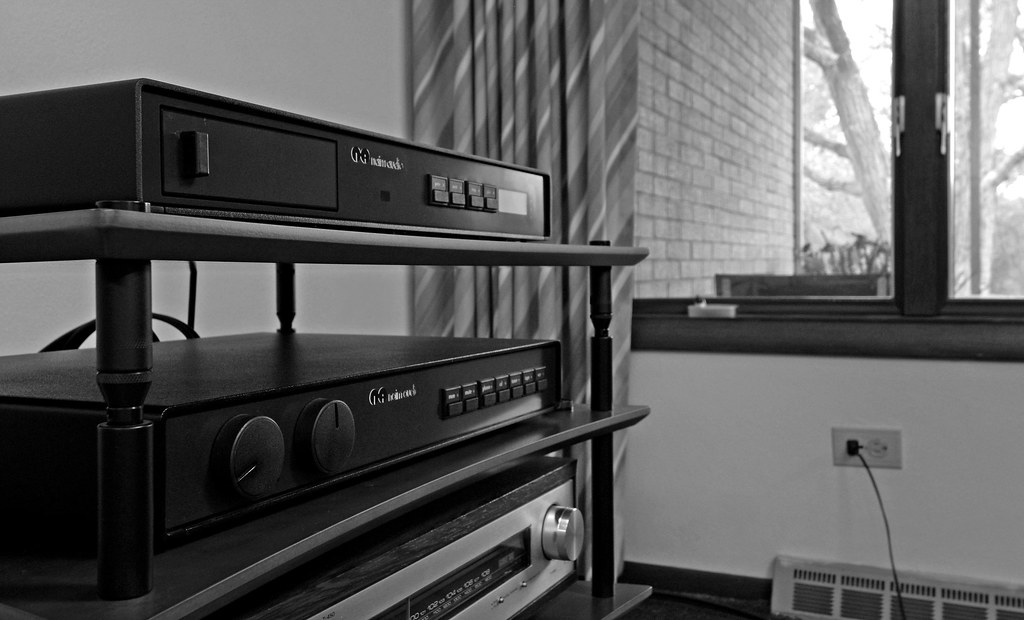 The 3.5 has been playing here every day alongside a NAIT 3 and two Flatcaps since the end of 1999.

I still have my 1997 CD3.5 I bought new, and it’s still going strong. And with a FlatCap 2 there’s isn’t the massive difference in quality to my CDX2 you might expect. Love the 3.5!

My CD3.5 replaced a Rega Planet as well. And the CDS2/XPS/72/HC/250 was probably the most musical and enjoyable of all my Naim line ups.