For considerations which should be collected and sound quality for music playback that can be said to be almost 100% jazz, which one is more suitable in sound character?

One thing I want to question is the power of the bass kick, the tightness of the bass and the good sound separation, which one is more suitable?

My experience was the 32.5 was the better pre-amp.

But… I think it’s all very variable depending on the individual device, its general condition, its service history etc.

I’d buy both and keep the one that you enjoy the most. (actually I’d keep both of them; I’ve a 12, 32.5 and 62 that get cycled in my kitchen system). With the price of the shoebox preamps even if you sold the one you liked the least you wouldn’t lose that much these days.

can you describe the character of the 32.5 and 62 pre amps respectively?
which more translates the sound of live music or as if presenting an instrument in front of us, with minimal coloration

These preamps are not hugely different, and there was quite a bit of sample variability. Given where they sat in the range, the 32 should be a bit better. I don’t feel it’s possible to rank them in terms of any of the criteria you mention. ‘Better’ will have to suffice. In my book, better means more enjoyable, more natural and more engaging. But as I said, they are not hugely different. I’d take the 32 because of its lovely toggle switch for mute. It’s more of a classic than the 62.

Frankly I find it hard to split them. The 12 sounds a little cruder; especially since the volume pot is ‘crackly’.

The 32.5 overall must sound better since it’s the one that stays in use the most! I find expressing why hard, I think it sounds ‘fuller’ and more enjoyable but I can’t really explain what’s lacking in the 62.

The speakers (Neat Iotas) aren’t well positioned being wall mounted close to the ceiling since it’s in my kitchen/diner so I’ve had to compromise with speaker positioning hence I don’t really have any meaningful comparison on the soundstage.

Sorry I can’t be more helpful but I really would suggest buying both and keeping the one you like since with preamps this old who knows what state they’re now in.

IIRC, Julian’s view was that the two levels of shoe-box pre-amps were all fairly close. Apart from the move to dual rail, it was only with the arrival of the big box pre-amps, and the NAC52 in particular that big performance advances were made.

FWIW, I’ve had lots through my hands and there is a variance in performance to them that’s typical of the time (Naim took it upon themselves to make big strides in improving the industry bugbear of consistency, from 1988 onwards) - age and use will have no doubt added additional variance. Personally, three of my best sounding shoe-box pre-amps are a NAC62, a NAC42.5 and a NAC32.5, the latter with NA329/729 time align boards. The worst sounding is another NAC32.5 (serviced too!), so you see the problem of making blanket recommendations. I do like the NAC32.5 though for its ability to run with two sets of phono boards, its mono switch, and the ability to take the time-align boards of the NAC72.

My favourite was the 42.5 which I sold to get the 32.5 thinking that it would be an upgrade. Ooops.

My advice to the op is (if possible) to buy both preamps and then decide which one is the best. One of them might be an absolute belter like that 42.5 but unless you try both you will never know…

It stands up well against my SN2/CHC CAP (which is quite different) but both are equally great. In moving from my serviced 62, I’d be moving to an 82 rather than 72/32.5 etc as the difference would be marginal.

if I look here the average likes NAC 32.5, yes, even though I see NAC 62 is not bad either

Surely the real answer here is 72?!

there no option for 72 right now hehehe

I enjoy experimenting and will probably swap them back around at some point.

I would go for the amp in best condition, my experience is that a well looked after amp will perform best. At the age these amps are, there are too many other factors which could effect sound. You wouldn’t be disappointed with either.

I purchased a brand new nac62 in 1988, IIRC the owner’s manual states that the only difference is the 32.5 has an extra input channel.
This maybe economical with the truth, i wouldn’t know not having experienced an A/B comparison between them

In 1988 that extra channel may have been worth it. Now, I use just 2. TT and streamer. OK, so the cdp is digital into spdif of the ndx2. So 3 sources, only 2 inputs required. Simples.

I purchased a brand new nac62 in 1988, IIRC the owner’s manual states that the only difference is the 32.5 has an extra input channel.
This maybe economical with the truth, i wouldn’t know not having experienced an A/B comparison between them

I did do a comparison and heard no discernible difference. Their character is the same (to me), and I would be happy with either.

I have 2 options from 2 seller for NAC 72 and NAC 62, below is the condition from both. which one is good to choose ? 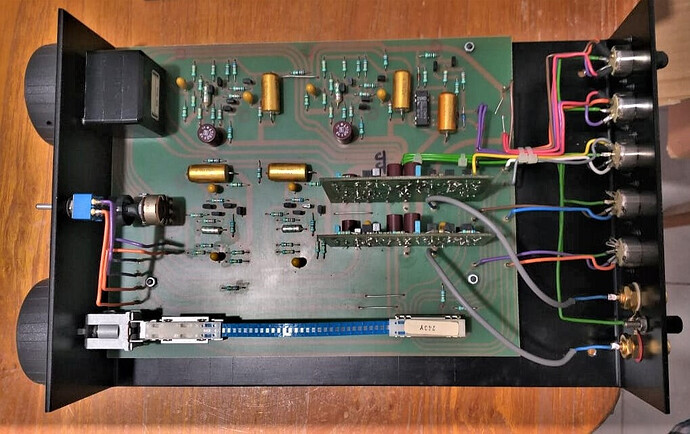 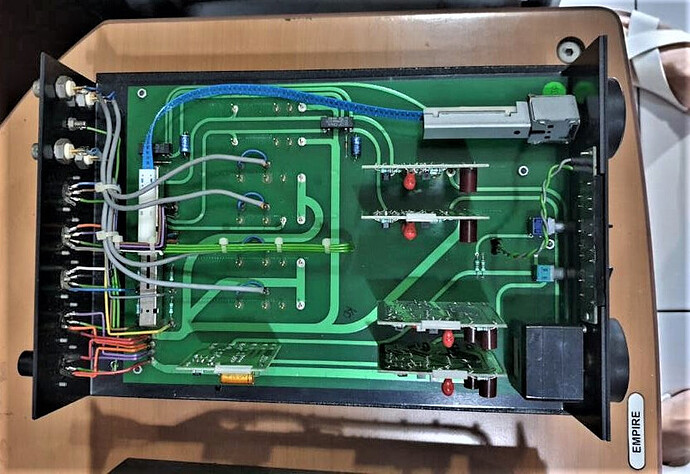 but the 72 there’s 2 blank board (missing board) for NA323K and NA 326, buffer board is promised available