I’ve noticed a couple of threads on here regarding the Naim NAP 250 Pro built for the BBC back in the early 2000’s. I was one of the engineers on the BBC side involved in the project.

I have always had Naim equipment at home going back to the 80’s and noticed that the new black 250-2 was less - shall we say ‘voiced’ than my '98 olive 250. Now don’t get me wrong, I love them both but I knew the BBC we’re looking for a solution to a sound balancing issue we were having at Television Centre.

We were getting complaints from some viewers that music was often drowning out dialogue when we were balancing audio at TV Centre. When taking some measurements, we discovered that the Genelec powered monitors we were using as reference monitors weren’t truly representing what was being mixed.

Knowing their professional roots, I contacted Naim and asked if it was possible for them to modify a 250-2 for professional use. The answer came back yes and thus a prototype was made. It was partnered with Harbeth Monitor 30’s and it solved the problem. As soon as it was installed, the complaints stopped for the productions being mixed in those control rooms. The idea was to install this system in all speech / News control rooms, however only two or three rooms were completed. As far as I can remember, the work on equipping the other control rooms was halted as the BBC had decided to sell the building and had started mothballing studios to prepare the building for sale.

I have seen a picture of this unit here which I’m pretty sure must be the original unit Naim initially sent to the BBC for testing. It has makeshift labels and not a true back panel label as you would see on the later approved version.

Here’s a pic I stole from the forum of what I believe may be the original test unit: 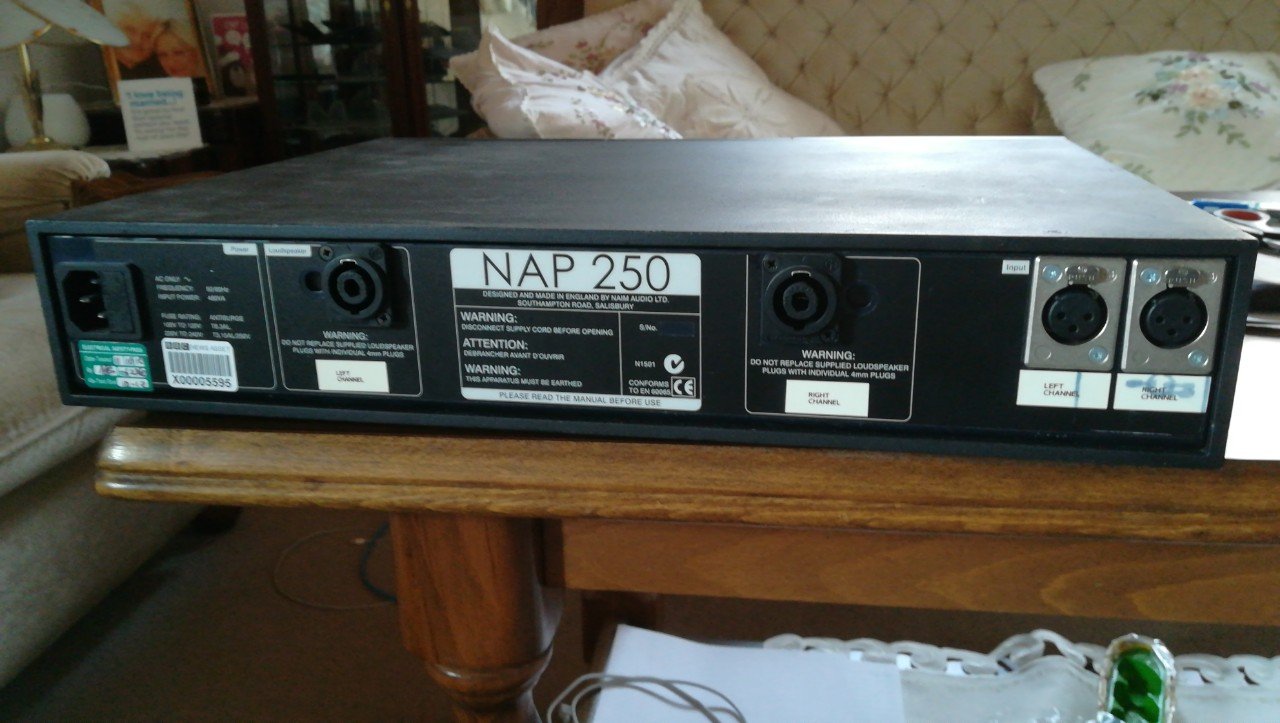 It does have the BBC equipment barcode on the back and also a test sticker which would have been usual given the BBC had to safety test all electrical equipment every year or so. So this unit is probably genuine.

I’m assuming this unit was auctioned off when the BBC closed Television Centre studios in 2013. They literally stripped the studios and control rooms and sold everything. Nothing was to be moved to the new facility at Broadcasting House.

When I left Television Centre in 2008 to move to Broadcasting House, knowing the fate of the remaining studios, the engineers ‘gifted’ one of the 250 Pro’s to me as it was either going to be auctioned, thrown in a skip or destroyed. I have it to this day, it’s now nearly 20 years old, it travelled with me to the U.S where I now live and it has just been serviced. Pictures were also posted here of the unit by Chris West of AVOptions who rebuilt it.

This is a picture of it on the floor in one of the sound control rooms. It happily ran in that room for some years before being pulled out covered in dust: 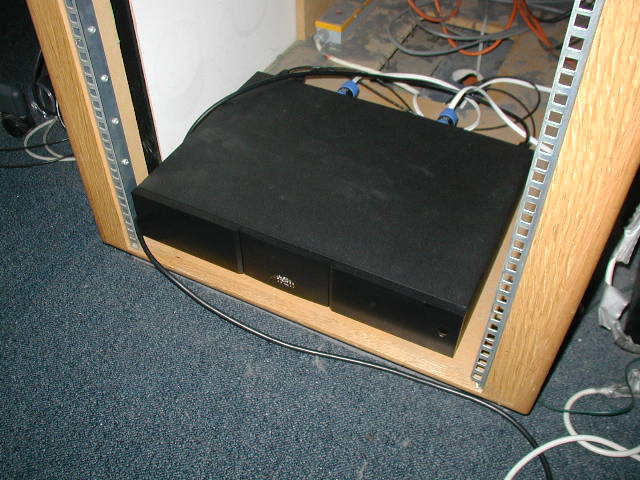 And after the rebuild: 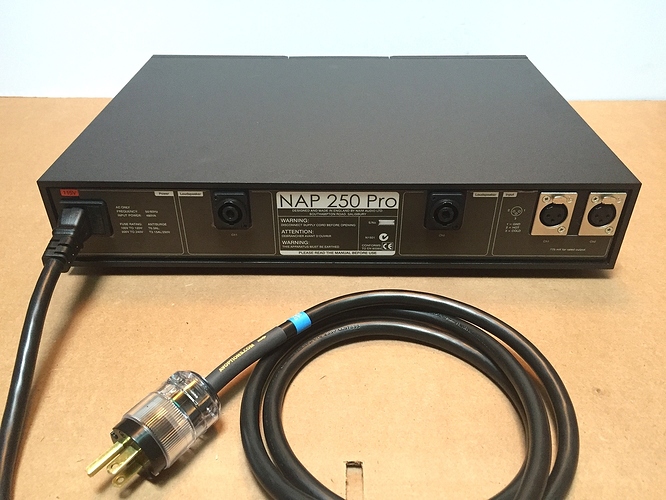 I feel like I am the guardian of a piece of Naim/BBC history. The BBC back in the day we’re true innovators and Naim were equally brilliant and adaptable, as well as patient with the BBC’s engineering demands. Harbeth deserve a shout out too. The Naim & Harbeth symbiosis was and still is magical.

Indeed what a story. Excellent stuff.

Interesting story, what were the mods for professional use?

Thanks for posting. Very interesting to hear about the history of these units from the ‘inside’

Balanced audio boards and 2 XLR balanced outputs, Speakon connectors as opposed to banana sockets and output inductors to allow the use of various runs of speaker cable.

Some great history there nps. Thanks for sharing.

@nps Really interesting read - great to see that it survived and is being looked after.

For the curious, this is a rare Naim product developed with collaboration between Naim and the BBC. It’s one of three delivered to the BBC. It’s based on a NAP 250-2 amp, and for studio purposes it has a balanced XLR input for each channel, and “Speak-On” output connectors instead of Banana sockets. Having recently restored one, here are some pics I took: Amp boards removed and chassis cleaned [1- amp boards removed] Two pairs of power supply reservoir caps removed [2 - power supply caps…

@nps - I take it this is still used. What’s the rest of the system ?

The Naim & Harbeth symbiosis was and still is magical.

Great story nps, and I fully agree with you re: the Naim / Harbeth synergy. I start each day looking forward to listening time.

That was an interesting read. Thanks for the post.

Really fascinating story. Thanks v much for posting!

It was partnered with Harbeth Monitor 30’s and it solved the problem.
…
Harbeth deserve a shout out too. The Naim & Harbeth symbiosis was and still is magical.

Great story, btw now we all know as to why Harbeths are great with Naim amps.
I used to be happy with Dynaudio speakers, but Harbeth with Naim is another level.

Just in case anyone is interested in the internals. 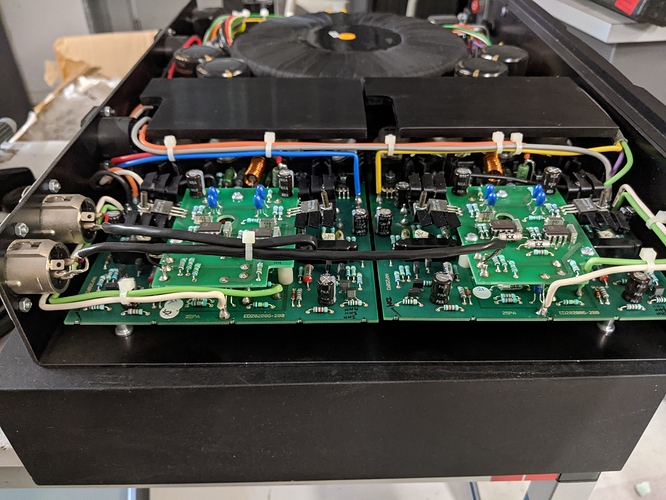 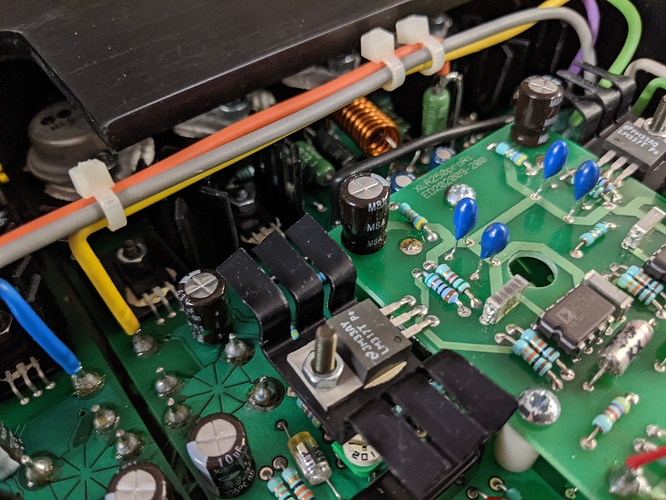 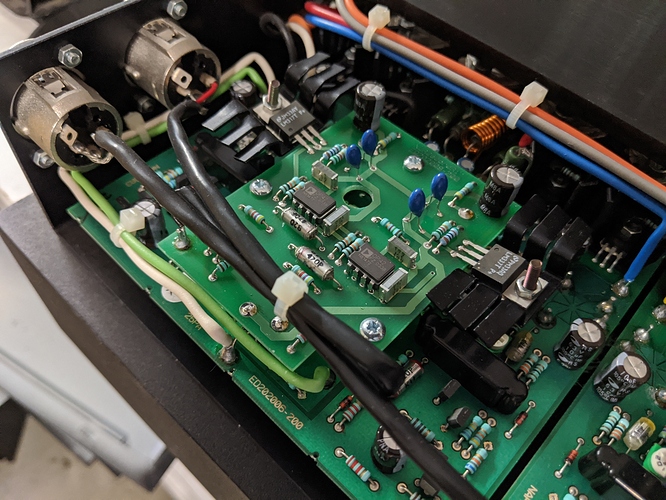 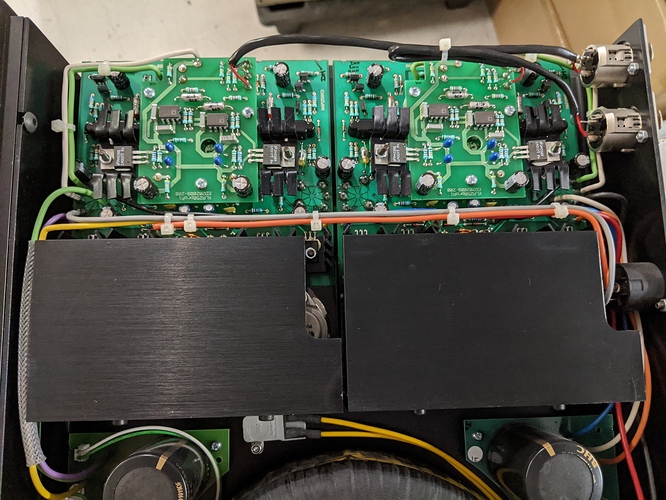 Very cool. I expect that was when it went in for it’s voltage change?

No this must be a different one - I took these pictures today at the factory.

Must have a massive bias though

Ah ok, I wonder which one you have. Maybe the prototype!

No I don’t think it is, it has a full proper 250 Pro rear label and a serial number.

Maybe I’ll look into its origin.

Are those heatsunk 317T really unsupported in the Z-axis?