Assuming a decent external aerial is in place, for pure sound quality is a NAT03 preferred to a NAT05 or vice versa?

Personal choice & also depending on what the rest of your equipment is. I prefer my NAT-05 after I had a loan of an 03 for a week or so… I like the more detailed top end of the 05 whereas with my speakers the 03 bottom end was a little over full.

Does anyone know the difference between the 05 and the 05 XS? The XS looks to possibly be upgradable by an external PS. How does this later model tuner compare to the ‘classics’?

How does this later model tuner compare to the ‘classics’?

The NAT-01 & 02 are in a league of their own.
There isn’t much to choose between 05 & 05xs, when I did a comparison I did not hear any difference. My mate who owns the XS says a PSU does a little but not a lot

Dave, the NAT101 was developed from the NAT01 and was designed with a simplified version of the NAT01 circuit, powered by a SNAPS supply, and run from a single regulator in place of the five separately regulated stages of the NAT01. Instead of the fl digital display of the 01, it had a backlit mechanical drum frequency display. 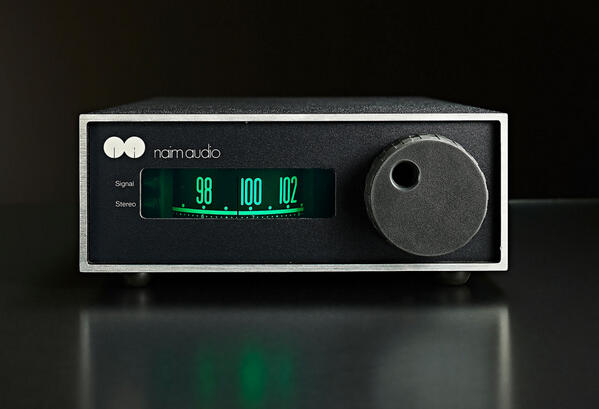 Performance-wise it’s not quite at the the level of the NAT01, being closer to the NAT02, which replaced it in 1989.

I had an 03, now own an 05. I’d say the latter is cleaner, more neutral but with just the right amount of warmth to engage. It’s also a cosmetic match for my XS set.

The external aerial has been the same in both cases.

Can only say that my 05 sounds great.

Is yours an 05 XS or the 05? I ask as your system is fairly similar to mine I believe, so probably a more relevant question if I am to add a tuner at some point. Keeping balance is important now I have achieved it!

Steve - mine is an original 05 with a Philips head. I have never heard an XS so couldn’t comment on any differences.

There was an amusing moment a months back when the TV aerial chap came round to some maintenance. He looked up at the roof and said “I’ll take that old FM job down you won’t be needing that anymore”!

Back in the day, I compared side by side the NAT01, the NAT03 and the Magnum Dynalab 101B. The Magnum pulled in more stations, but sounded quite flat and lifeless even next to the 03. And the 03 was a distant second to the 01.

Years ago at a London show I head a prototype of a Naim tuner with AM band. They were demonstrating it with a reel to reel (I think) and an AM modulator, and the AM tuner sounded like the real thing (apart from being in mono).

I still have rips I made with the 01/G17 that leave people shaking their heads in disbelief when the announcers voice comes in.

Ron / Richard, Aside from appearance and age is there any difference between a NAT01 chrome bumper model and the olive equivalent?

Yes, the power supply was improved for one thing, however, the biggest and most important difference was the change in display type. The early fl display tended to fade or eventually fail. Naim ran out of replacements some years back, so make sure any early NAT01 has got the later display type.

Many thanks Richard. So it seems that the olive is the one to go for? Assuming that’s right I’m curious why the chrome bumper models tend to be advertised at slightly higher prices than the olives.

I guess it boils down to rarity - more Olive NAT01s out there. However, you do need to be very careful buying an early CB NAT01, so best do your homework.

I’ve owned from new my NAT 101 / Snaps 1987. Went back to the factory for a service in early 2000. Just had the Snaps serviced by Darren at Class A just before Christmas still going strong. In my opinion a very good tuner. It’s a keeper like the rest of my Naim kit CDS / CDPS.

So I just took delivery of a NAT01 (olive) and have set it up in the system.

I have an external aerial - one of the “Omni” variety - and although the Nat is picking up a clear signal on the stations I’m interested in - R3, R4, R2 - I note that the “stereo” led on the left of the display is not illuminated on any station that it tunes to (the “signal” led is illuminated) 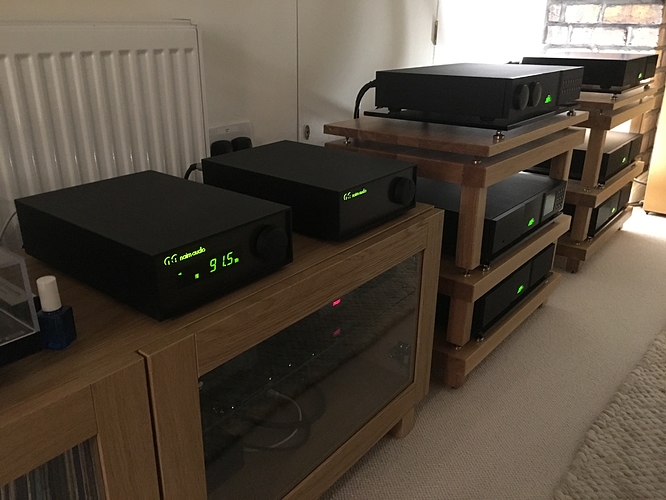 This means that I’m hearing the replay in mono and I’d obviously like to ensure that I’m getting the very best signal for the NAT and have the full stereo effect.

It was from a very reputable Naim dealer who did an extensive test before sale in his own system so absolutely no concerns re the tuner itself.

I suspect that I’ll need to get my aerial guy round to assess the external aerial options given the signal strength and position in relation to the various transmitters around Bristol.

If anyone has experience in this and can offer any insights that would be helpful.

Dave - As you’ve already found, it sounds like the signal level is too low for the stereo light to come on. The Naim tuners need a decent signal level to perform at their best. You’re looking at a directional Yagi antenna - 4 elements at least looking across the water to the Wenvoe transmitter, not far from Cardiff. A decent aerial installer will be able to advise and install what you need. If you can accommodate one (and they are a bit of a beast both in looks and mast needs) then a Ron Smith Galaxy is about the best you can get for these tuners.

Thanks James. That is what I thought. I’ll not be able to accommodate a Ron Smith as they are just too big and would likely upset the neighbours and my wife!

Thanks for the Yagi recommendation. I’ll look into it and get my aerial guy round.