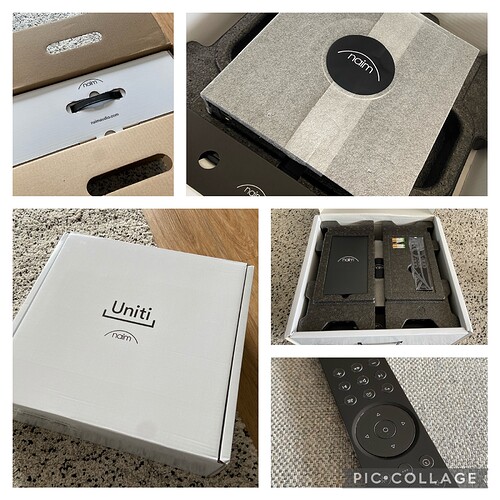 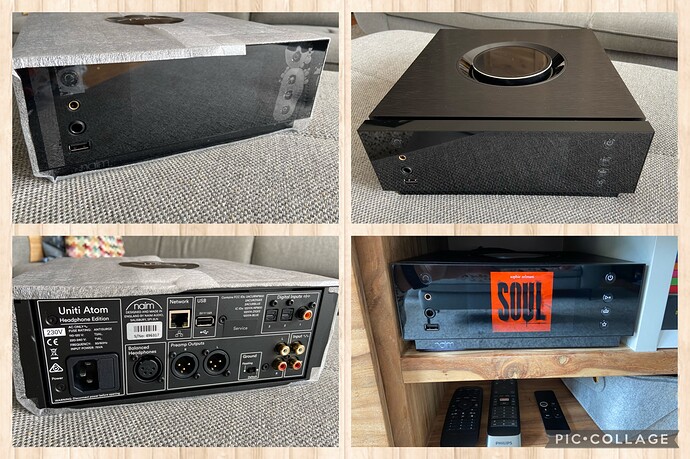 Thanks. I am enjoying it right now. As a preamp the Atom HE sounds (much) better than the regular Atom. The sound is cleaner in a way and I now realise that the Atom was actually less neutral sounding than I thought. Don’t get me wrong, the Atom sounded very good, but a bit ‘heavy and dark’ compared to the Atom HE. I am listening to a playlist with all kinds of songs and everything sounds good! That is quite an accomplishment. At this moment Marcus Miller plays ‘Cousin John’ and it sounds more vibrant and alive compared to my old Atom.

Is using both pre outs supported, I mean, in a safe manner? I was told it could lead to overloading the pre in another thread.

I think I read something similar, but can’t think of a technical reason why it would not work. Like with multiple headphones connected, which is possible but wasn’t recommended for sound quality reasons.

Well you could be drawing more power than what the unit was maybe designed to deliver?

Glad to hear that you are enjoying it. Thanks for the feedback on your experience.

It was @CrystalGipsy saying that you couldn’t use it with a sub. Maybe they can elaborate on where the info came from.

It was more of safety recommendation more than anything just doing it without knowing first could lead to expensive dsmage. If it’s designed with it being in mind it’s likely fine. Not sure the Atom HE has though but would be good to get official line. The kit I have that has both XLR balanced and line outs does not recommend to have both outputting at same time but it can. One think to note is there can be up to a 6db difference from XLR compared to lineout, so you really need to get an SPL to set the level of it correctly on the sub. Just plugging it in and doing it manually isn’t the best.

This is a good point. I’d be thinking that the best setup for a sub with HE is via high level input from the loudspeaker terminals. This is how my active bass section works. It also means that the sound signature is taken from the power amp potentially improving integration

But watch out with this! I recently read a story about someone with a Roksan Blak trying to connect a REL subwoofer through high level. (I think he connected Earth to both left and right speaker terminals). He destroyed the Roksan beyond repair. Both manuals of the Roksan and REL did not mention anything about such risk.

I suppose there are a few ways to wire your system wrong and do some damage. Mine is a fairly simple setup. Just two wires linked from speaker terminals into the + and - high level input terminals on the plate amp. Although i admit the rel is not quite as simple. I used to have one setup that way. I just looked at the dynaudio sub 6. It doesn’t look to have a high level? Is that right?

That is correct, I have now connected the stereo RCA output of the Atom HE to the stereo XLR input of the Sub 6. Sounds excellent and I do not experience any issues so far.

My wife needed two seconds this morning to hear how much better the HE sounds in our system compared to the ‘old’ Atom.

Thank you for your advice. The Subwoofer is powered, so I can set the volume separately. I am planning to do new REW measurements soon and apply Equaliser Presets in the sub to compensate for room modes.

The funny thing is that room modes seem to be less of an issue with the Atom HE compared to the Atom. Measurements have to validate this hypothesis.

@Naim.Marketing , could you maybe tell us whether both pre outs can be used simultaneously?
Is it safe to do it?
Would there be sound degradation and if so, which kind?

It’s a public holiday here Igro. I will try to find out when Naim are back tomorrow.

Would there be sound degradation and if so, which kind?

From my tests so far I do not hear any sound degradation. Curious to hear the feedback from Naim.

Guys i already asked Clare this question on May 11:

It does look like a very interesting product, assuming the preamp rocks which i’m sure it will. A few questions: Can USB be used as an input or is it only for storage? Can XLR and RCA out be used at the same time (to power amplifier and subwoofer)?

And she confirmed that it’s fine:

USB is for playback only, as with original Atom. Not sure why you’d want a USB input, with streaming and UPnP built-in. And yes, either the RCA or XLR connection can be used to connect to a subwoofer