Lovely review of the HE on theabsolutesound 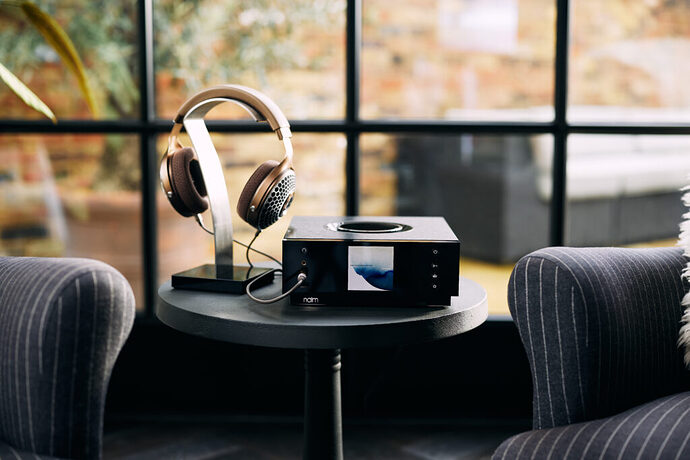 Naim Audio Atom Uniti HE Streaming Headphone Amplifier - The new headphone-oriented version of Naim’s popular Atom can do much more than power a pair of cans; it can also serve as the heart of an ambitious high-end speaker-based system. Alan Taffel...

As much as I agree with him about the headphone output, as much the preamp output, for having compared it for two weeks, is below 272 without power… less open, less bandwidth and less PRAT… the ranges are respected!

Just a question for further down the line, but I have a UnitiQute that I use as a DAC and (occasionally) for streaming, effectively I use it as a source rather than for pre-amp or amplification.

I presume the Atom HE can be used in the same way ? i.e As a source

There isn’t a fixed line out on it, so any output will have gone through its internal preamp stage, and be subject to its volume control. I think that’s the same as the UQ though, which also only has a pre out, rather than a line out. Here’s the HE spec from Naim:

It is a pity that Naim chose to leave ‘digital out’ off. This is why I still have my SuperUniti it’s a really adaptable piece of kit and I have had fun using it with other DACs and preamps

On the old Unitis, it’s the Uniti2 that has the line out, so can be used direct as a streamer source. Otherwise, something like the NDX would be a better option, unless you want the shoebox size.

I noticed the absence of a digital output, it would make this Uniti even better.

I’ll answer my own question for those who might be interested – especially as I was concerned about comments in this forum suggesting that the HE would not be suitable for some IEMs.

I have had my Sennheiser IE900 for a few months now and I believe they are fully burned in (combo of playing music through them 24x7 for 5 days and as much listening as I can manage). I am used to listening to them through a FiiO Q5s sourced via Roon with Qobuz (either though microRendu or Mac/iPhone/iPad).

I had a chance to listen to my IE900 (using the stock 4.4mm balanced cable and stock foam tips) powered by the Naim Atom HE (playing Qobuz) at a dealer a few days ago. The HE by comparison brought out a lot more warmth and substance to the bass and lower mids. I was hearing some instruments in certain songs that I simply had not heard before or not in the same way. There was some air lost in the upper registers, but some songs that were a little piercing with my Q5s were less offensive.

I also briefly listened to the Focal Clear Mg and Stella with the HE. Each sounded great. But in that environment (which was noisy) and with the time I had, I think I preferred the IE900. I would love to have a home demo of the HE (and what the heck – the whole Focal headphone range) to better evaluate if it is the right choice for me.

Granted the Q5s is not a meaningful benchmark, but listening to the IE900 through the HE was the best I have ever heard them. I also don’t think I could hear any noise or hiss (but again, it was noisy at the dealer’s showroom at that time).

Hello, i have a problem when reading flacs on an attached sd card (via usb).
I use the server mode otherwise i don’t see album pictures.
A few seconds before the end of songs, a 1 second pause occurs sometimes.
Does anyone also had encountered the same problem ?

For those of you that purchased the HE, what were you using to drive your headphones/earphones before?

What else did you consider buying instead of HE?

I’m wondering what those coming from dedicated headphone amps feel like they gained or lost in switching to HE.

I purchased it exclusively for my headphones, but I could use it as a steaming unit for my focal solo 6be using the balanced outputs. When my unit arrives again maybe I will try it.

DSD is not that great on Naim, I convert it to pcm in roon before sending it to a Naim streamer, and that results the best.

Thanks, I will give that a try.

Edit: tried it just now and sounds excellent. More open compared to playing native DSD directly into the Atom HE. I resample to 352.8 Hz.

Didn’t use a dedicated headphone amp before I purchased the Atom HE, I used a Chord DAVE. I considered the Chord Hugo/2Go as an alternative to the Atom HE. In comparison to the DAVE I didn’t feel I lost anything really, different presentation/emphasis, happy with both although don’t use the DAVE much for headphone duties as in main listening room and Atom in the living room.

I was using the Dave/mscaler. I may have lost the precise timing and life-like presentation, but gained more enjoyment with better weight and foot tapping groove. I also gained a better integrated system that works better with roon. I have one remote to control playback and volume.

I also have the Focal Arche as 2nd headphone setup but prefer Naim HE is every aspect except Arche has slightly more air to it at the expense of weight.

I also have the Focal Arche as well as the Atom HE and i use it mainly on my PC. It is a very nice amp and would be better if it was not so buggy.

Hello, just to update, my Uniti was confirmed as having a problem with noisier transformer, I will receive a new one when available.