Here’s an outline about what this category is all about

I’m doubtless being dim, but is that link somehow meant to relate to Nick Cave?

I was worried this was going to be another RIP post.

Nick Cave lives, or at least lived, in Kemptown in Brighton not far from me. I’ve seen him a couple of times in a gastropub having lunch, but I don’t know his music so I never had the temerity to say hello.

His son died a few years back, falling from a cliff, not known whether accidentally or not. Sad, either way.

Sadly not just one of his twins aged 15 ( lwho fell from a cliff in 2015 after taking LSD) but his 31yr old son died in May this year too. I am not sure the cause of his death has been shared.

That is so dreadful.

In my view Nick Cave is something of a musical genius. Try his solo album Idiot Prayer, recorded alone in Alexandra Palace during the first lockdown in 2020.

Well, HH, I’ve ordered a vinyl copy from Amazon just now. I shall have you to blame if it doesn’t appeal!

If I do like it, I’ll try to look out Mr Cave, and ask him to make his mark on it.

Will report on both issues in due course.

On a completely different point, I looked at my membership status for this Forum just now. It shows me as a relative newbie, whereas I have been contributing for well over 20 years. Huh, not impressed at all!

For me Ghosteen is an astonishing piece of work, suffused with grief and beauty.

CARNAGE is not as accessible but I got there in the end.

A fascinating artist, and alongside Warren Ellis perhaps making some of his best music now. Can’t wait to see what they create next

His work is so varied and I’ve bought his music since the Birthday Party. I do prefer the more mellow stuff, such as No More Shall We Part but like the noisier stuff too. A particular favourite is Murder Ballads, particularly the rather brilliant Stagger Lee.

Idiot prayer is a stunning record, push the sky away is my favourite of the recent stuff - we saw them tour it live and it was just an amazing show, warren Ellis is an animal. Higgs boson blues is one of my all time favourite songs. Warren Ellis on the baritone guitar and caves nonsensical haunting yet menacing delivery. One (two) of the all time greats.

A particular favourite is Murder Ballads, particularly the rather brilliant Stagger Lee.

Agreed. Saw it and most of the album performed live at the Brixton Academy yonks ago, fantastic, visceral sound, amazing atmosphere.

Check out his performance with some of the Bad Seeds as Grinderman on Jools Holland, teaching other artists a thing or two about how to perform live: 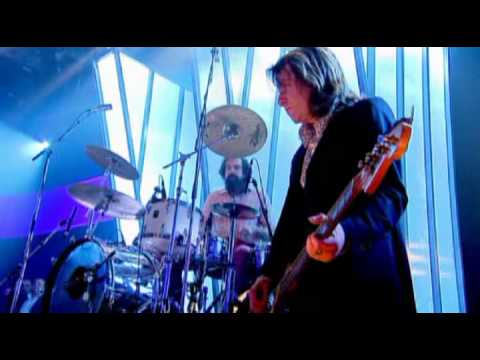 He has an amazing ability to express pretty much any human emotion, whether it’s deeply felt love or the crazed views of an incel.

An exceptional artist with a great back catalogue. I always akin him to a male version of PJ Harvey. Both very diverse, and were actually in a relationship in the late nineties.

The noisier stuff will include Grinderman then!

With Nick Cave, you can jump right in anywhere – there’ll always be something astonishing. I love 'em all, but the albums I come back to most often are the relatively mellow Let Love In, Push The Sky Away, and The Boatman’s Call (my absolute favourite).

Until now i never got him or the material, but due to the comments on here I want to reassess, could be I haven’t give it long enough or picked more difficult material. Could anyone recommend a beginners album to start? Thanks.

OK nosing around I’ve bookmarked in Tidal, The Boatman’s Call. Lets see. Or hear rather.

Boatman’s Call is a good starter, also Skeleton Tree and Ghosteen. Live from KCRW for a good selection from a few of his albums.