I recently ordered an NDX2 and an SN2. The NDX2 has been delayed and while I’m waiting for it, I’d like to play with the SN2. The only source I have at the moment is a Nova.

What I need to know is if the Nova’s A/V Analog Output is a true fixed line level output taken ahead of the volume control in the Nova?

According to the blurb it has three analogue outputs, all of which are post volume control. 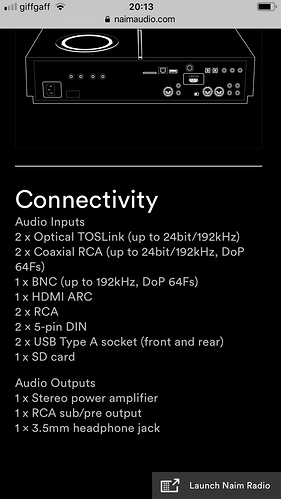 Thanks,
My Nova has both Phono and DIN analog outputs and are in a section labeled A/V. Audio/Video is essentially pass through and should be a fixed output like Line Out used to be on Preamps.

It makes no sense if it’s not. I just want to confirm it before I go to the trouble of hooking things up.

In the manual they show the DIN A/V output but don’t mention it.

The Nova has just a pre-amp output. There are also 2 analogue inputs (In the area labelled Analogue Inputs), one on Din and one on RAC phono. I’m not sure what this section labelled “AV” is that you are seeing…

Look on the other side and you will see an Analog output with phono and DIN connections. That section is labeled A/V for audio/video. Normally, that means the Nova supports Passthrough bypassing the Nova’s volume control. It that is the way the Nova works I can connect it to the pre-amp section of the SN2 and use it in place of the amplifier section of the Nova.

Yes, that is an A/V analog output section which I hope means it bypasses the Nova’s volume control. It should. I just want to verify it before I connect the Nova up.
Bud

That picture must be a star because my nova has more inputs and outputs are in a different spot.

Some early images of the Nova (during the long delay between announcement and actual release) showed different input/output sockets from those on units that were actually released, so I wonder if that is where the confusion lies?

I tried to use a 5-pin DIN from the Nova to the SN2 and the A/V DIN connection on the Nova wouldn’t accept it. I suppose that’s why the manuals only show RCA Phono connections. So the answer is it won’t work. I’ll have to wait for the NDX2 to try the SN2.
Bud

What i meant was it looks like it says A/V but it’s actually a symbol of a Sine wave which is where you may be getting the idea that the output has AV related facilities.

I did. My 5-pin DIN cable won’t attach so it academic.
Bud

Ah yes, sorry the pic above was a Star. Here’s the rear of a Nova; 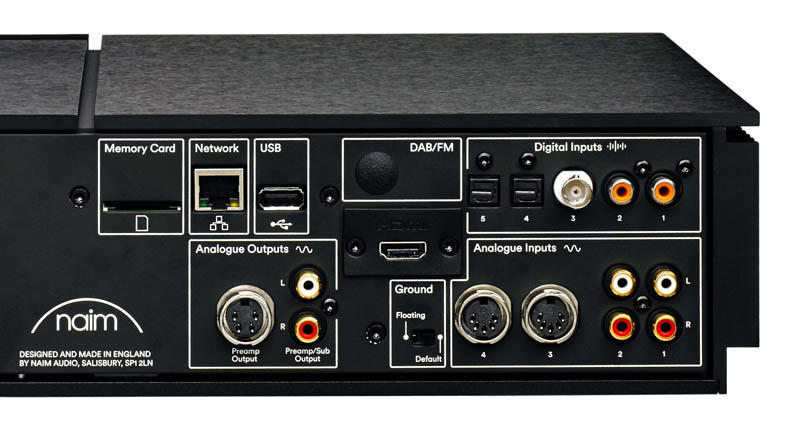 However, still there’s only Analogue Inputs and Analogue pre-amp outputs (on DIN and RCA); there’s no line output.

As for “AV”, as James mentions above, perhaps that’s what the sine wave is being mistaken for?

Currently feeding the SN 2 with Uniti Atom, RCA from Atom Preamp into SN 2 CD RCA. Just careful with volume levels. It will make the SN 2 nicely run in for arrival of NDX 2.

Make sure you check out our thread

There is few owners of SUPERNAITs & NDXs here, and there is a number of us considering buying 2 box streaming systems. So my thinking was it would be a good idea to start a thread for owners of these great Naim products to share experiences which will help current and future owners along their journey. NDX (2010-2018, 24bit/192kHz streaming board introduced in 2011) NDX 2 (2018-current) SUPERNAIT (2007-2013) http://www.tomtomaudio.co.uk/reviews/NAIM%20Supernait.pdf SUPERNAIT 2 (…

You could try running the Nova Pre-out into a Unity Gain set input of the Supernait 2. You would then be using the volume control of the Nova and effectively bypassing the Supernait’s pre-amp when set to the Nova’s input.

@Richard.Dane which input has the Unity Gain on the SN 2? 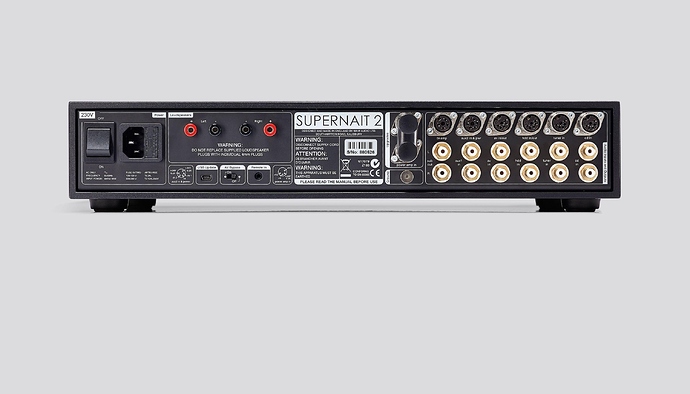 use the AV In/out input and set “AV Bypass” to on.

Which device is that?
Bud

My dealer just confirmed what I thought was wrong with my demo NDX2, the DIN analog output of the NDX2 is defective. The problem has been turned over to Focal. It appears the problem occurred during shipping.
Bud