My NAP 135s are now my second pair (previous pair sold several years ago) and having recently discovered that upon installation my brother in law as instructed did NOT remove the last transit bolt from my new 552, I have had the realisation this is the likely cause of the sub optimal performance I was achieving from the 552.

Upon removal of the transit bolt the case rung considerably more which is what it is supposed to do.

This got me thinking I haven’t tested the NAP 135s to see if they ring. They don’t.

Now my previous 135s did ring and I remembered there were plastic sliders on the back that adjust the damping of the case. However on my current pair of 135s the sliders are for one very stiff and do not slide easily and two they don’t loosen the grip of the case therefore I cannot get the case to ring. Whether I slide to one side or the other.

Any advice on how I can recitfy this? 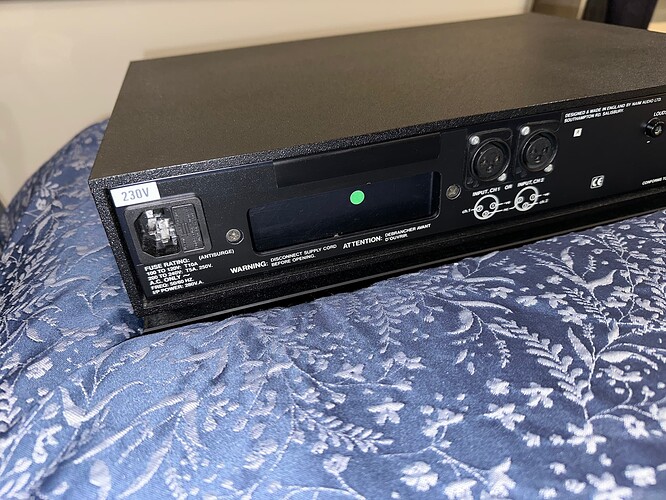 IIRC, the damping pieces were only for the bigger extruded sleeve kit. However, most found they sounded better without damping.

I agree. It sounds better without damping but I can’t achieve that.

The strip unlike my previous NAP 135 is always contacting the outer casework and therefore damping the device. On my previous 135s I could just slide it to one side and it would become loose and no longer contact the outer case. On this pair the strip is very stiff and doesn’t become loose.

The only thing I can think of is to unscrew the feet and try to remove the strips altogether but I want to make sure that’s ok to do.

It’s fine to do that.

i have had NAP135s for over 30 years and have never noticed damping strips on the casing. I have no idea where I’d even look for them.

They’re on the back Graham. They were a U section moulding that would fit to the top edge of the chassis. You could push them up to engage the case, or down. It was really just to please anyone who was concerned about the ringing of the case. Most pressed them either down or completely removed them as most felt that the amps sounded best that way.

Thank you, Richard. Hard black plastic thingies, right? (Always wondered what the heck they were!)