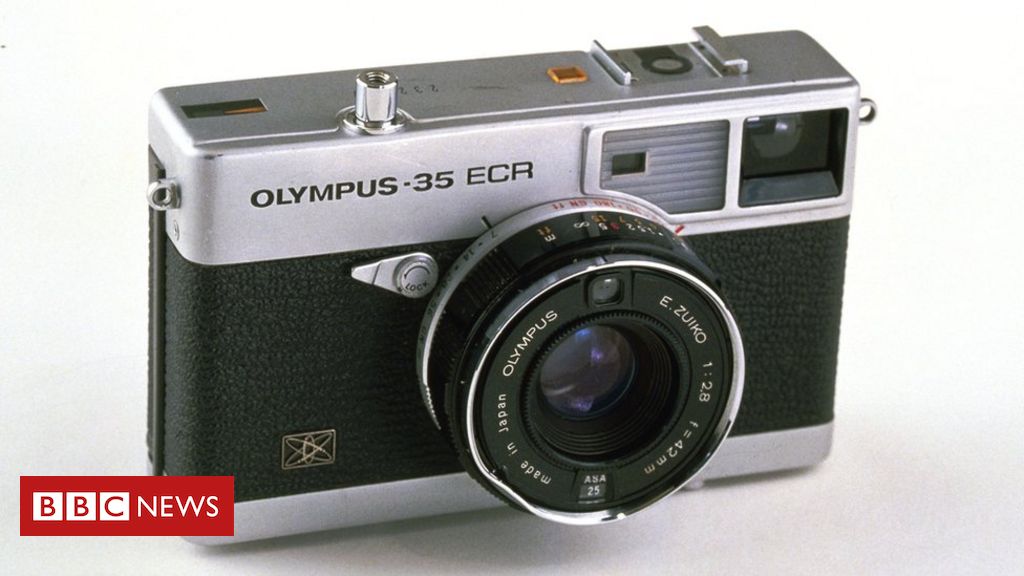 Once a huge camera-maker, it is looking to carve off that part of its business and focus elsewhere.

I have been a more or less monagamous Olympus user, from my first SLR, a 3rd hand OM1 through to a wonderful OM4Ti that I totally abused on journeys in wild places for many years and completely loved. I now have a digistal Pen-F and an OMD EM1 and an Olympus Tough waterpoof compact.

Every one of those seems to have prioritised compact size and lightness, functional elegance and durability. Going to miss them.

I too have been (and still am) an avid Olympus user since about 1972. Brilliant cameras, so many excellent features. The OM1 (and later OM models) were so much better than the other cameras of the time (particularly for my sort of photography - mainly macro photography and photomicrography. Looking through that viewfinder was an absolute revelation. Other cameras at the time were more like peep shows.
However, I don’t think that it is the end of Olympus cameras. JIP, AIUI, take on companies in difficult situations and turn them round. Of course, whether that means that they take Olympus in a totally different direction I don’t know. They may stop the Micro Four Thirds development (I hope not - unless they can shoe-horn a larger sensor into the same or similar sized body).
I don’t think that Olympus are the only ones in real trouble at the moment. Time will tell. Meantime, my E-M1 II is still doing sterling service, and probably will do for the foreseeable future. I have not been tempted to upgrade to the mark III, and certainly not to the 1X. What I would really like to see (but I guess never will) is some more equipment in the macro photography department - an auto bellows would be a good start, plus a lens system to go with it. I suspect that would mean a lens at each end of the bellows, as I find that simply putting an OM lens (or the 60mm macro) onto bellows or tubes doesn’t give the resolution that I think should be possible. 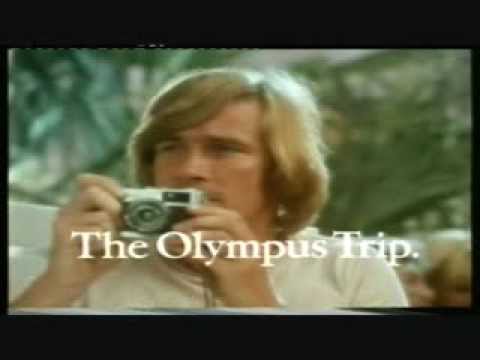 Olympus has been my go-to for pocket size cameras, since the days of the film mju-1. My fiirst digital camera was an Olympus, a mju-300, then what I think was their first (and maybe world first?) camera truly usable underwater, the mju 770, which I used much for snorkelling as well as being go-anywhere any weather.

I currently have the TG-4: 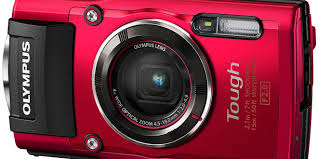 Whilst I have used it underwater, nowadays when such use is planned I use with Olympus’s underwater housing as a belt-and-braces approach to effectively remove risk of loss through seal failure. (That happened with the previous trusty Olympus that I had used for several years, resulting in no photos from my first visit to the superb coral reefs of the Maldives!) 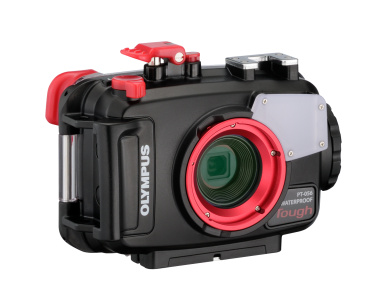 I also have a TG-860 as a go-anywhere holiday camera, with a flip screen, and usable underwater, so a viable backup to avoid ever being photoless again at a once-in-a-lifetime location. 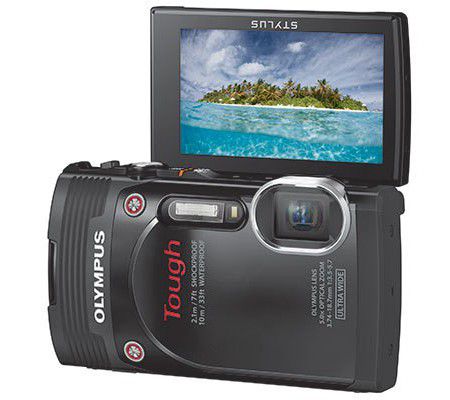 It’s very sad news, though not unexpected as the Olympus photographic division has been losing large sums for several years, obviously at an unsustainable level. The photographic industry was already going through difficult times due to the improving quality of cameras in mobile phones, before the Covid 19 situation made matters even worse. Rumours are rife that other big names may disappear.

Big question is what will the new buyer change? Are they buying it to asset-strip, or to radically remove the least profitable elements, or to grow the system with R&D and new products? If they see a future for Olympus, they need to make a strong statement of intent before people stop buying any more Olympus products.

I love my Olympus OMD EM1 II and associated high quality Olympus lenses and was attracted to the M4-3 format for the smaller sized lenses. I do hope something worthwhile is salvaged from all this. 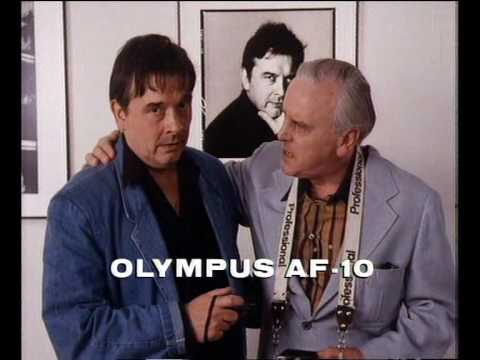 The continuing impact of cell phones killing off the camera industry, resistance is futile…

Why do people call them phones, when mostly (smartphones that is) these days they are used for that less than many other functions! Pocket computers is a better term…

Olympus always ploughed their own furrow with interesting and innovative body designs matched to outstanding optics.

Very sad news but one can only hope that the Olympus camera business carries on and flourishes under the new ownership.

I think a certain segment of the market certainly .

Sadly true. People these days are not very interested in the higher quality and resolution that can be obtained by proper cameras. And in a way, it is not surprising. Most people simply want snapshots of friends and, perhaps, places they’ve been. Mobile phones do that quite adequately. Few people print the results, at least at anything larger than A5 (mainly, I suppose, because the vast majority of photos taken are not worth printing). Instead they might put their pictures on the web - in which case the quality (in terms of colour fidelity and resolution) of the better cameras is irrelevant.
The plate camera disappeared years ago (sadly - I would have loved a Linhof 10X8. The marine biology lab I worked at years ago had one, which they got rid of some time after I left. I’d have made an offer). Similarly medium format is a very small market (I used to have a Mamiya RB67 and a Bronica ETRSi for a while) even though there are digital versions. I wonder whether in many ways we might be less photographed (in any meaningful sense) than during the 40s to 80s. There will, of course, be more photos.

A real shame, firstly an OM1 and then an OM2 literally travelled the world with me for my ten years in the Merchant Navy, visiting places as diverse as Tarawa, Basra, Mauritius, Kenya, South Africa, Japan, Hong Kong, Sri Lanka and both coasts of North & South America - in the days before mass travel…

I also preferred the Zuiko lenses for their compactness and clarity.

Nowadays you can get good results with an iPad or smartphone (although is not just about the number of megapixels).

The OM range was lovely, excellent lenses, compact bodies - the only Olympus I ever had was an XA, which I sold after two months, because of the terrible vignetting.

My first camera was an Olympus Trip. This was upgraded to the great value OM10. I moved to Nikon after that and hated it moving to an Olympus IS1000 after a year. Going digital I started on the 2020 and then a series of Olympus SLRs which were great. About 4 years ago I moved to a Nikon DSLR and love it. Olympus seemed to stop doing great DSLRs.

I have two Olympus cameras - an original Trip, which hasn’t seen the light of day for decades. It was an engagement present from Mrs H back in 1978, and is a keeper (wife and camera).
More recently, I bought an XZ10, a seriously well made and capable compact camera. I love it.

Many years ago I bought an OM4 and a couple of Zuiko lenses from my father when he decided to go over to a high end Nikon, but the lure of Canon EOS took me away down a cul de sac for a few years, but then I saw the light and settled on Nikon, when I feel the need for something better than my iPhone, which is less often these days as iPhones get better.

I still feel irritated about the low trade in value of the 100mm F2 Olympus Zuiko lens I more or less gave away though. But that was 30 years ago.

Sad news, not surprising. Hopefully the new owner(s) will continue to make a quality product and we won’t end up with some crappy badge-engineered effort. I owned an Olympus OM2 Spot/Program for a while and currently have an E-1 digital and an OMD-EM10 II, both of which are much loved, along with various lenses. The E-1 is built like a tank and although only 5mp, the comment always was “Ah, but they are Olympus megapixels!”.

But, as has been said, most people are more than happy with their mobile phones, the quality of the photos from which are, let’s be fair, pretty decent. And you can play around with quite a few parameters on the phones. But there’s something about a proper camera,

Right, must dig out the old E-1

Bought my son an OM2n, Trip & recently a MJU II and he loves them all. I got the 1.4 Zuiko with the OM2n and it’s a cracking combination.

Don’t understand what he sees in this film lark mind you.