Poll: Would you like to see a DAC-less streaming client from Naim?

I can’t see that there is even a hypothetical chance of this until a new NDAC appears, and I suspect that might not be for a while yet, so I’ll stay on the fence for now.

Retrofitable in an olive box please …

It should be supplied with some files (FLAC, WAV) you can play to verify bit perfect data arrives in its buffer. The buffer should be large enough to hold a complete album to eliminate any fear of the network affecting sound quality.

No need to support Roon from my point of view as I don’t like its horrible user interface.

Why do you want bit perfect verification if you are going to modify the data anyway with room correction? Seems like a rather large contradiction. Further why should the ‘network’ affect sound quality if the receive buffer is not large enough to play a whole album… sorry this makes no sense to me…

I’ll do my best to explain

Ideally I’d like to make sure my software feeding music data to the universal transport is not altering the data before it arrives. If, for example, I misconfigured a transcoding parameter then it would alert me. A small light to reassure me I’d set up my music server correctly would help me to sleep at nights.

Secondly I’m in agreement, I don’t accept the network makes the slightest bit of difference as long as there are no dropouts. No need for expensive switches or cables, but reading some of the posts I fear people spend a fortune on such things. However, there is a school of thought that seems to think these things matter so a large buffer would set everybody’s mind at rest - can’t see any downside. It would be akin to copying an album to a USB stick, which was my preferred way of using the Naim DAC. My ideal would be 5TB SSD to hold my entire collection on the universal transport so apart from a control point, I didn’t need a network at all. However, my guess is that would be quite expensive.

Anyway if Naim made a nice universal transport that met most of my outlined thoughts I’d certainly give it a go. I doubt they will as they seem to concentrate in devices with on-board DACs so I’ll continue using my µRendu & CD transport.

All the best, Tiberio

Ok, thanks. What I would say the network data flow dynamics and transport protocol interactions may be audible in as far as the digital noise floor may be raised through increased processing by the streamer network interface and control circuitry. The difference would be a kin to any perceived differences between WAV and FLAC playback.

It would’ve been good if the Uniti Core had filed that role. 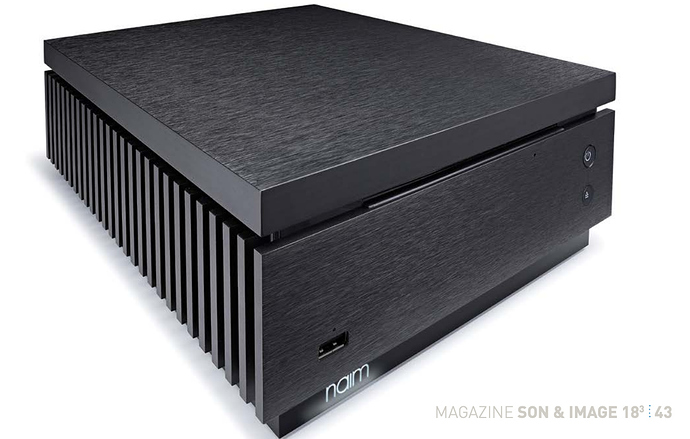 I’ve closed this poll, as voting is at a standstill. Thanks to all 77 forum members who responded. Throughout the voting, the proportion of those in favour has remained over 65%, before settling at 67%, a fairly strong level of support. The 95% confidence interval on the result tells us that the “true” proportion of respondents who would like to see this device falls between 56% and 77%.

The closest we have at the moment is the ND5 XS 2. Now, were the analogue section to be removed… 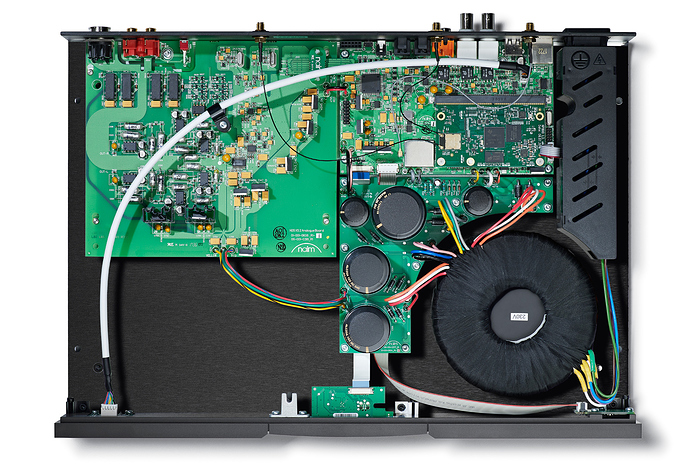 My ideal would be 5TB SSD to hold my entire collection on the universal transport so apart from a control point, I didn’t need a network at all.

And that is what I do, with store and renderer in the one box - though my entire collection fits within a 1TB SSD.(There is a 3/4 empty second one in the same box should I add sufficient to need more storage.)

I didn’t have any issues when I used a network, but perennially some people seem to have problems, while others seem to spend a lot of time and money trying to improve their networks with different switches, switch power supplies, cables etc (makes the price of large SSDs seem cheap!).

I did hope the UnitiCore would be that universal transport, but this forum was helpful in pointing out problem after problem with the core so I gave up on that idea. I especially disliked having to manage Naim rips differently from everything else.

Yes, when it was announced I, too, saw the Core as a potential alternative to the likes of Melco and Innuos and a host of ither, often more DIY m, approaches, my focus being on a combined store and renderer, which is particularly attractive in not streaming music across a network when playing from one”s own collection. But from all I have gleaned it seems that the other solutions may be better, though admittedly I haven’t tried the Core myself.

I will chip in that the colour picture display on the NDX2 and ND555 becomes very addictive, and when playing playlists provides a good visual cue of what track is playing if you don’t recognise the track without having to fetch your wretched iPad.