I went through this exact choice 3 months ago - listened to all sorts and demo’d PMC 25.26i and Fact 12Sig, Dynaudio’s, Focal’s, Wilson Benesch, Kudos, Audiovector and ProAc - all in the £8k to £15k range.

In the end (for me anyway, speakers are so subjective) it was VERY close between the Kudos 606 (prefferred them to the 707) and the PMC Fact 12Sigs - I ran them side by side at home for a week.

I ended up with the PMC’s as they just worked better in my room and I liked the small adjustablity they gave me but would have been very happy with Kudos as well.

Have you finally found something? Or other speakers to listen to ?

Yeah, but aren’t they a bit nasally? 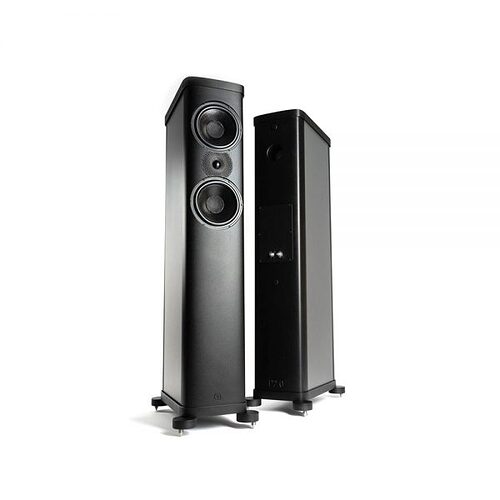 “They reproduce sonic impact with spontaneity and enthusiasm. The bass register is particularly eloquent. Its legibility and scale are quite exemplary. In addition, we can listen to high levels of sound without noticing the slightest feeling of auditory fatigue. The P3.0 is a master of rhythm, perfectly illustrated with the irresistible swing between the drums and the organ on “Muse 2 The Pharaoh” by Prince during which it is absolutely impossible not to tap the foot.” – Vumetre Issue #72, France

I don’t have that experience Nigel. To me they are very natural sounding, not emphasizing anything and especially “silky” (don’t know a better word in English :-))
Iver

I listened to and as per current status ruled out:
PMC fact.8, Dali Epicon 6, Paradigm Persona 3F, Kanta 3, Sopra 3.

Audio Physic Codex was better but ultimately not convincing (but I might still do a home demo in case I need to).

The finalists were the Sonus Faber Olympica Nova III (not heard the V but would be an option) and my favorite, the Sehring Audio S913; I will actually order them today. (18K)

The Sehring are very special. Website is only in German (but translates perfectly in Google Translate) but I will write more and post pictures in a few weeks. They are hand-built in Berlin (the factory is a short bike ride from my apartment as it turns out). They are modular and will be adapted by the designer to my particular room and ears (crossover and other things). Stefan Sehring, the designer, is a fabulous guy. He’s splitting his time on studio work and home hifi, and the home speakers carry much of the studio DNA, being very precise and with a very flat frequency response by design (but can be adjusted as mentioned).
They rely mostly on word of mouth but there’s a review of the S916 (slightly larger) and S903 (smaller) on the German Image Hifi website. They also got an award by the German Fairaudio site.

They will probably be ready in four weeks. Once they are with me, I will probably still invite my dealer to bring the Sonus Faber. I am more or less sure I prefer the Sehring, but the SF have a beautiful silky sound, though maybe a bit too pleasing for my taste, but I can certainly understand if someone preferred them. And it’s my regular dealer, so I’ll give them the chance if they want to. Sehring offers a four weeks return guarantee if not pleased, so in the worst case I could do that.

Some other speakers were ruled out beforehand because of looks (B&W), because I never liked any of them before (KEF), or because impossible to audition (most UK favorites like ATC and ProAc for instance).

Because of the Kudos’ rep on the forum I am still trying. It’s a 2 hours drive to a dealer who seems to have Titans, but when I called him up he had just had a water pipe burst in the shop, everything was under water and he was understandably a bit stressed and asked for patience. Maybe that still works out for an audition, will see

Sorry, I was being silly.

Don’t know if Audio Markt or Sound @ home are near you. They have Wilson Benesh speakers.

Thanks. S@h is closer to France than to me

Audio Markt I only know as a second hand website. Can’t find a shop by that name, do you know which town?

Audio Markt is in Kohln 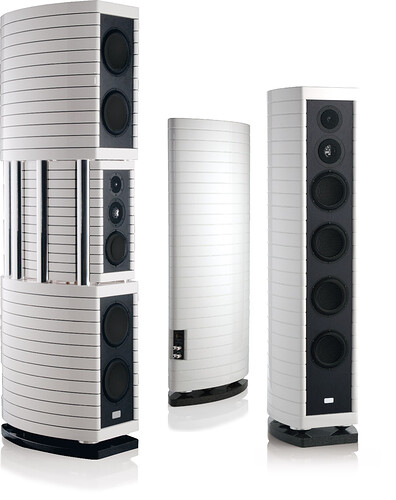 I found it.
The system is from @niceoutlook . He has Gauder Berlina. 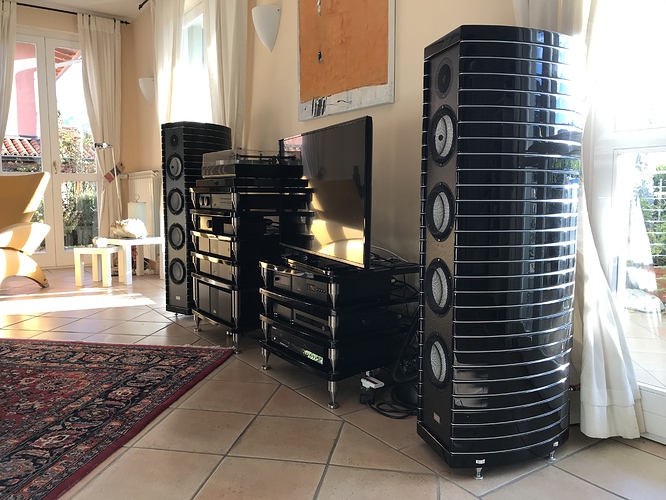 Audio Markt is in Kohln

That’s closer to Paris than it is to Berlin

But faster from Berlin, because in France you can’t drive faster than 130 km/h

Thanks. Köln is also much closer to France than Berlin

Though it’s odd, the website www audio-markt dot de is also registered with an address in Köln, but it’s an online marketplace (for used gear and also some dealers sell there) and I can’t find a shop link there, nor another Audio Markt in Köln. But anyway, not driving to Köln

I had looked a bit into the Gauder Akustik but expensive and somehow not my style visually. Anyways, there are boatloads of good speakers out there and one has to draw a line somewhere, even if it’s sometimes arbitrary. Also got to earn the dosh!

A thing I forgot about the Sehrings is that when needs change (smaller apartment, larger apartment, …), you can change the speakers because they are modular. And when buying a new module, Stefan takes the old one back and you pay only the difference + some handling etc. (They are then taken apart and enter the cycle anew, so it’s pretty environmentally friendly as far as hifi goes). He’s always developing and if I fancy, say, the even higher-end new mid/treble module in 2 years, it can be exchanged - takes an hour and again for a very sensible upgrade price. Very cool.

Well, it’s looks promising. Just hope for you that these speakers work well with Naim. Curious also how they will compare vs Sonus Faber at your home.

I already had them here for a home demo, and oh yes they work well

I’ll keep you in the loop, but now that I’m home and not on the phone anymore … *digs in pictures* … 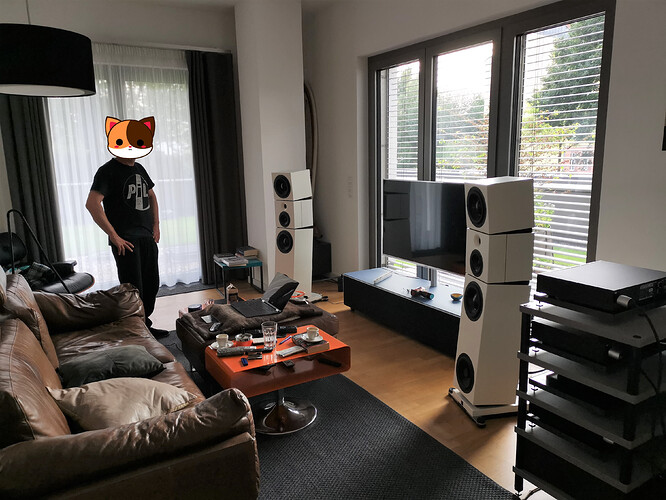 They are also available straight, but the curved version is a bit better (more decoupling between modules, slightly better phase alignment), and visually more interesting to me as well.

I think the curves / angles make them look better, it brings a cool futuristic vibe to them.

That -3dB rolloff frequency is really impressive, considering the low sensitivity they must be using some compression chamber approach for the woofers?