We have repeatedly been informed that Naim will not integrate Qobuz. Now I read in this ‘ere Ear review that they will. What exactly does it mean? Build in Qobuz in the same way as Tidal? Just integrate it into the app rather than the streamer itself? Legacy streamers or just new platform? Come on Naim, let’s have some clarity!! 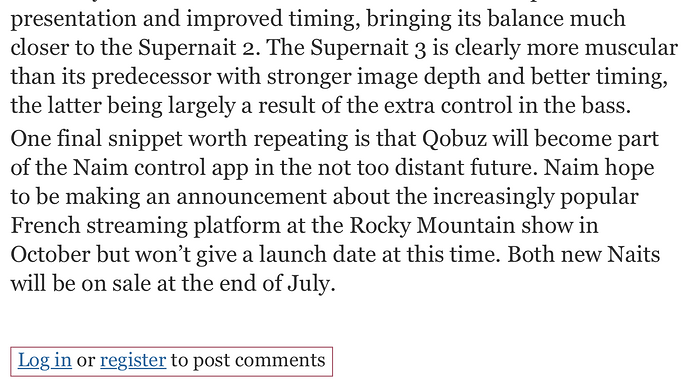 Also Andrew Everard commented on this in the Nait/Supernait 3 thread referring to a conversation with Steve Sells, suggesting Qobuz would be integrated into Naim app.
This has been raised before, at least 6 months ago, the expert consensus of the forum at that time was it would never happen, my dealer has always thought differently.

It would only be on new streamers I expect.

Maybe not Tidal was integrated on the legacy streamers with older tech so why not Qobuz.

On board memory possibly.
An integrated Qobuz on the new streamers would appeal to a lot of buyers and most likely increase sales.
It would certainly appeal to me!

I know Tidal integrated worked on the older streamers, Unitiqute, Superuniti, 272 etc, perhaps differently from the new generation streamers, so I don’t see Qobuz integration being impossible.
Would appeal to a lot of users for too long Naim has lagged behind the likes of NAD, Moon etc in terms of access to hi res content. Currently I use Roon to access Qobuz.

I take it that we have a firmware upgrade coming where Qobuz will be integrated and all is well, sorry but i’m new to all this stuff!

It has been reported that way but as far as I know no announcement from Naim, hence HH starting the thread seeking clarification.

I sure hope so… Vinyl seems flavour of the day…

And Bubble for me on an ND5XS for Qobuz. I still have Tidal too.

I also have Tidal, virtually a complete overlap with Qobuz so thinking about giving to up.

Quite so. Naim told me very clearly that they wouldn’t do it, and now this interview says they will. There are various ways it could be done and I don’t think it’s too much to ask that we, the people who pay the money to keep the show on the road, should be kept in the loop.

Perhaps Naim changed their mind now that Qobuz seems to be available also in the USA. 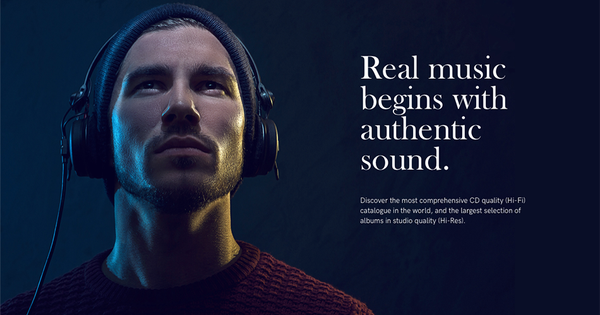 Qobuz has launched its Hi-Res music streaming service and download store in the US. The service is aimed at music connoisseurs who want the highest possible audio quality from an online service.

Yes when I raised this issue before yourself, David and Richard were clear that Naim didn’t see Qobuz integration as the way forward, Chromecast was viewed as the gateway to additional streaming providers avoiding further detailed integration work.
Maybe as suggested above the American market or keener competition at home has led to a change in strategy.

No Lyle Lovett on Qobuz.

I still find bits that aren’t in Qobuz so it’s still worth the sub. For now anyway.

Hadn’t thought of Lyle Lovett, apart from sharing a liking for the same type of guitars, Collings, I’m afraid I never listen to him. But that’s the beauty of streaming off to check him out later

If this is the case the integration must be for the legacy products as I don’t see the point with the products using Chromcast.

Last Qobuz update said they’d fixed this with a new ‘engine’ or similar, they’ve said that before so haven’t downloaded the update yet.