I’m a bit embarrassed asking this, but which way round do people put their records into outer poly sleeves?

Recently bought the project record cleaning machine which has made me think about storage, etc.

Two options: poly sleeve inline with or perpendicular to the cardboard sleeve.

Having the two sleeves in line has the advantage of not having to remove the card sleeve in order to access the record, but it appears to me if they are perpendicular then that will offer more protection against dust (and dog hairs).

perpendicular to the cardboard sleeve

After cleaning Ι put the record into a new anti-static liner and then in line within the original sleeve.

Always have the inner sleeve(s) perpendicular to the outer, otherwise there is a risk of the record rolling out. It also protects from dust.

I use Nagaoka polys, D-shaped: 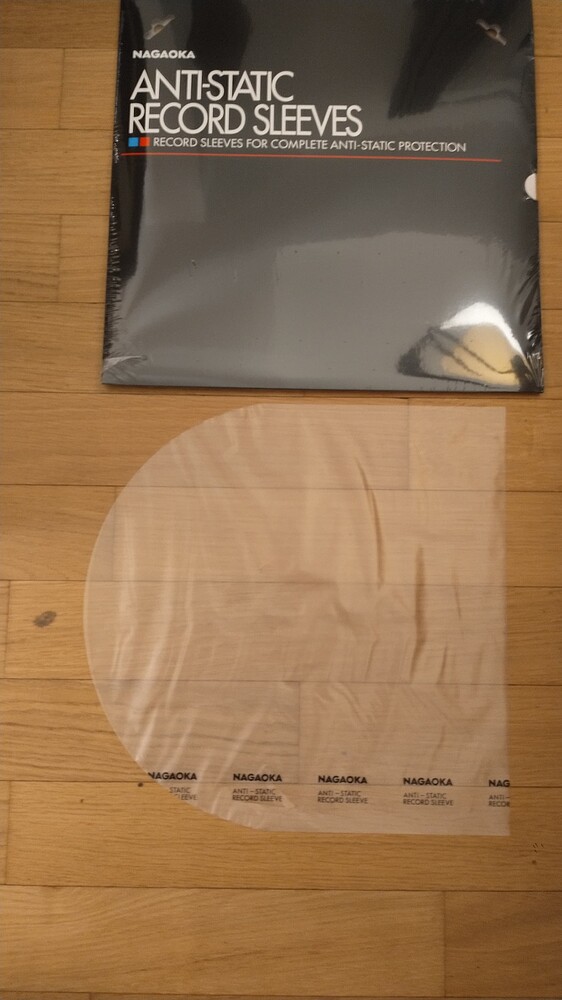 When adding a poly (after I cleaned a record), the record goes into the poly and both together into the original inner sleeve, so that the two openings of the inner sleeve and the poly align. 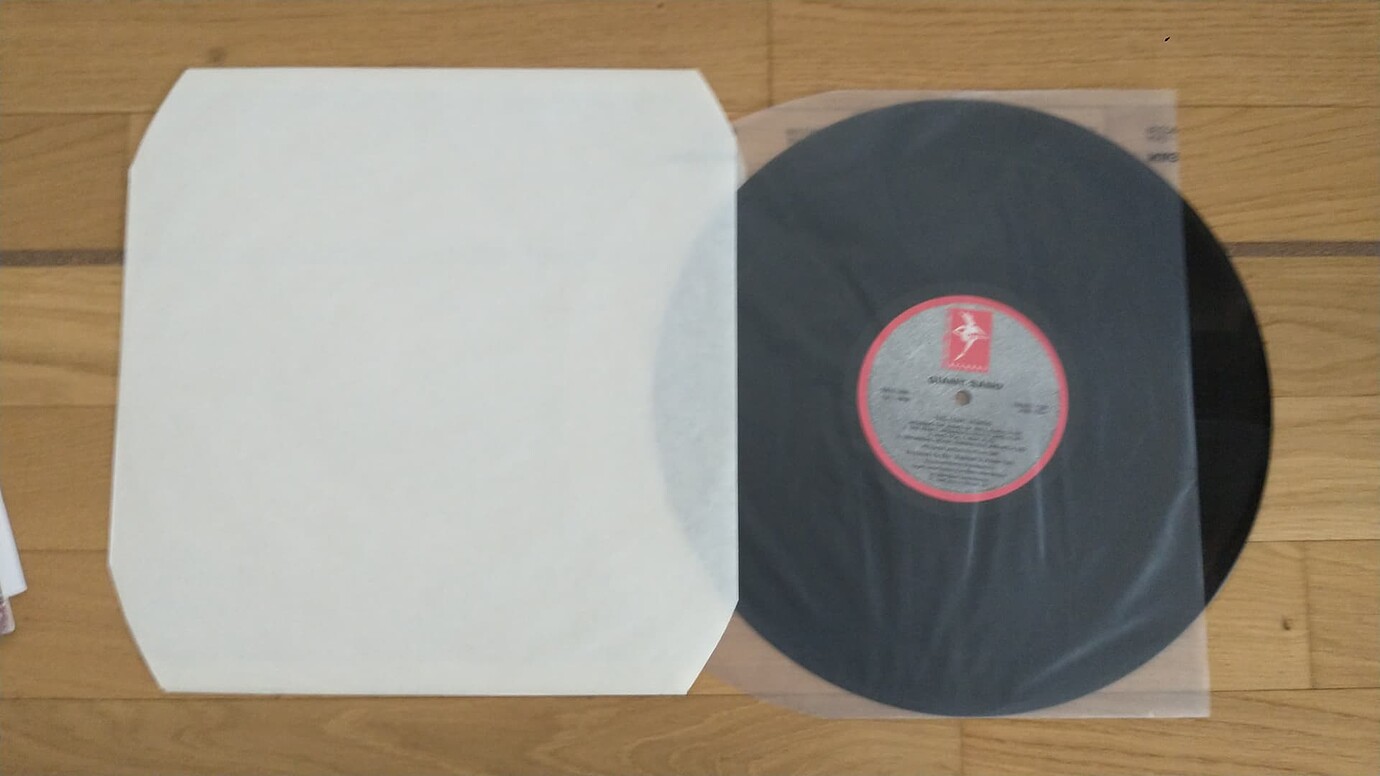 Then the inner sleeve is rotated by 90 degrees, i.e., gets inserted perpendicular to outer cover (as I have done all my life by default) 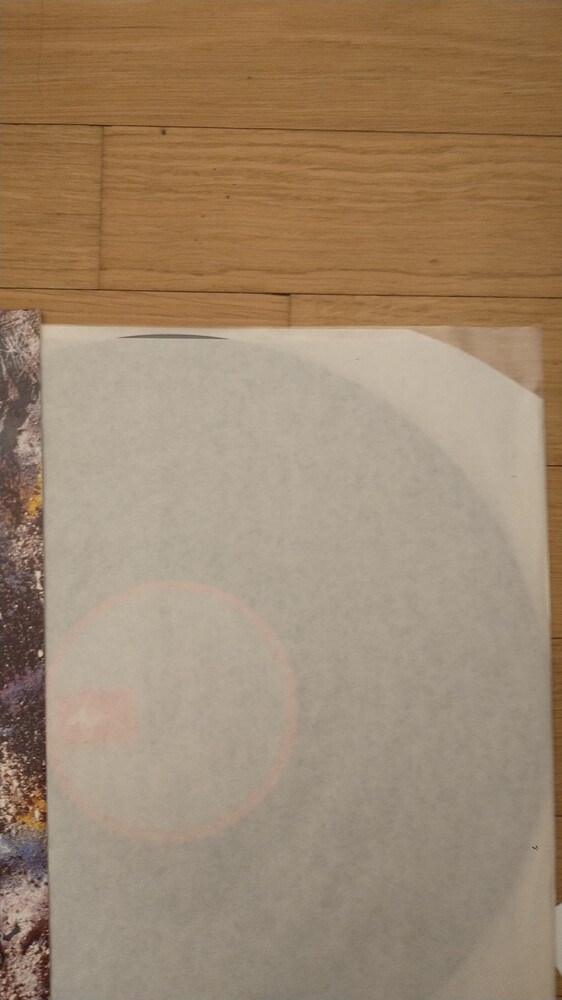 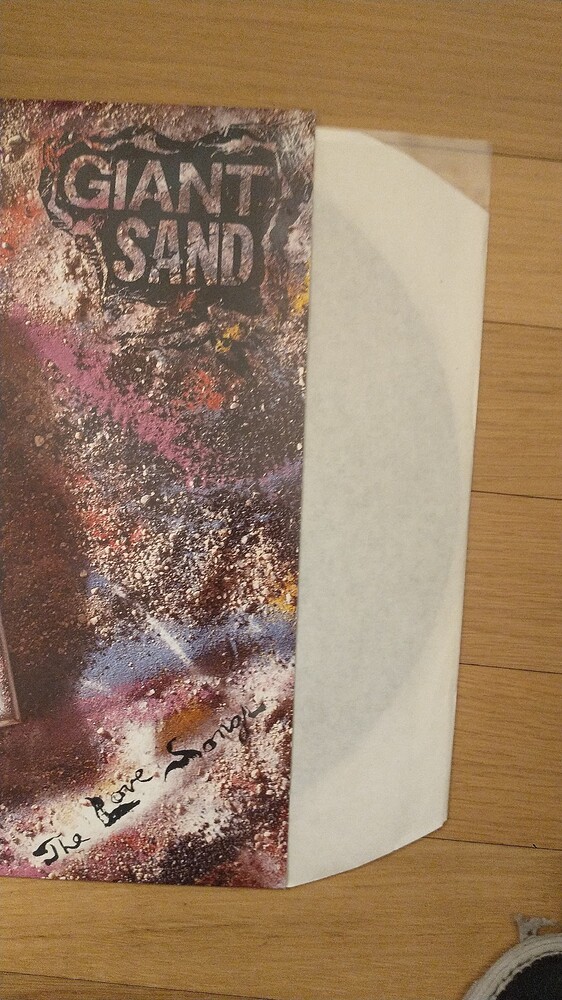 When playing the record, the poly stays inside the inner sleeve, of course.

That’s exactly the same way I always do it!

Have always done it that way, I was unsure if the OP was asking about outer poly liners that encase the whole album - that’s another question in itself!

That’s exactly the same way I always do it!

Have always done it that way, I was unsure if the OP was asking about outer poly liners that encase the whole album - that’s another question in itself!

It’s the way that makes sense, unless one is a DJ!

I wasn’t exactly sure what the question was either, so I offered what I had in the hope that it might be useful - and it was easy as there has just been this discussion in the vinyl accessory thread, so I stole my own photos.

The Nagaoka sleeves are excellent it’s just a shame they changed the 102 design to one where the sleeve seems slightly longer than the inner its placed into unless I’m imagining it. Will try to post a comparison at some stage.

LOL, it was you with whom I just had the same topic in the vinyl accessories thread

As I said there, I think I have only new ones and I don’t have this problem 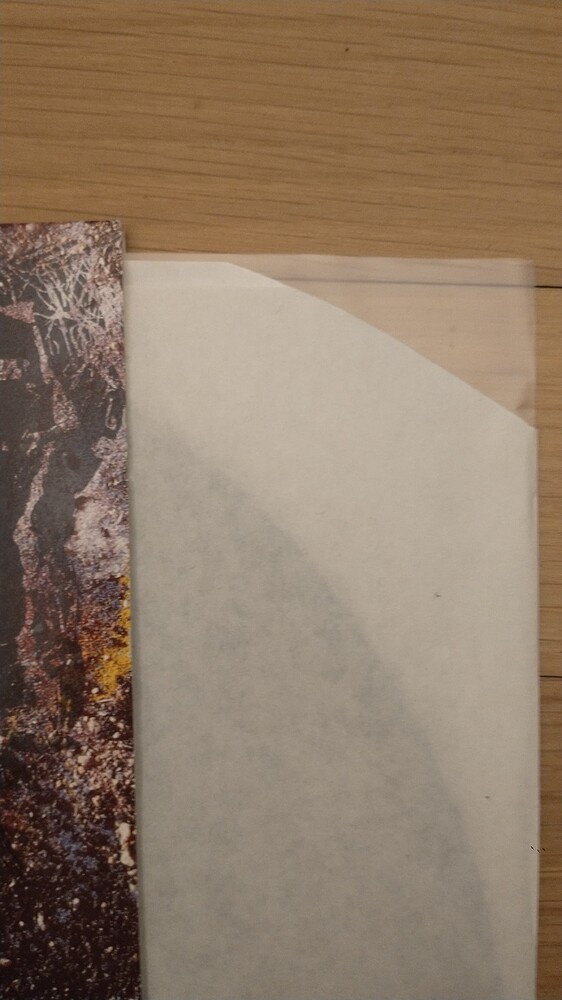 I was actually asking about outer poly covers.

I bought some inner bags similar to those shown, only I’m a cheapskate (on a budget) so got some like that from Covers33 to go inside printed inner sleeves.

Where the record has just a plain white or black sleeve I’m simply replacing them with a new one (also from Covers33).

This discussion branch may or may not help:

Any recommendations for outer sleeves? Just found some that are cheaper than I expected by Spincare. I’ve tended to avoid them in the past, but have only recently started wondering if the ‘protective’ shrink wrap was causing problems.

Interestingly covers33 have some LP mailing envelopes/boxes which may be of interest in the future and something I wondered about in this thread:

Out of interest, for those of you who sell vinyl, what kind of packaging do you use? I kept loads of Amazon cardboard sleeves from LPs thinking I might upcycle them if I ever sell any vinyl but that’s a cheapskate approach, though proper packaging I’d imagine would add to costs.

I bought x500 of the Blake Sleeves (had to purchase from NED) with adhesive flaps of them. A mixture of LP and 2LP. They have revolutionised the way I store and handle vinyl.

This way, all I have to do is flick through my records, fold the flap back and then remove the record without having to handle the inner or record sleeve.

The Blake Sleeves really make the artwork “pop” too.

I was actually asking about outer poly covers.

It’s interesting though as I think the inner poly covers are self-explanatory.

With outer poly/Blake covers you have four orientation options - if you have the flap at the top side of the album you have to take the album out of the outer cover to get the record at +90 degrees out.

If you have the flap on the +90 degree right hand edge you can get the record out after opening the flap without removing the whole album, though you might want to do so to view gatefold lyrics/attached booklets or artwork.

My word we’re a sad bunch

It’s interesting though as I think the inner poly covers are self-explanatory.

For the outers, I simply can’t stand it if I leaf through the records on the shelf and can’t see anything, so for me it’s the only option to have the open side forward.

I use poly sleeves (the so-called Blake sleeves) on my more valuable (or just plain old) records. I use the ones without a flap. I slide the record in bottom edge first, so that the opening of the poly sleeve is pointing upwards when the record is sitting vertically on the shelf with the spine outermost.

I have a good many old ECM records, where the cardboard on the jacket is delaminating. What I do with those is trim 3 or 4 mm off a Blake sleeve and slide the spine in. I then slide the combination into a second Blake sleeve in the usual way. The inner Blake sleeve then becomes permanent protection against further delamination.

Another fan of the “Blake” type sleeves here.

I have lots of the old PVC ones too that I’m gradually replacing with Blake sleeves due to the issues the PVC can cause with over time and if they get warm.