Today, 14th January 2020, marks the 20th anniversary of Julian Vereker’s passing.
As co-founder and Managing Director of Naim Audio, Julian was the heart and soul of the company and his passion for high-quality audio still echoes through Naim today.

In celebration of Julian Vereker’s phenomenal life, we invite you to share some memorable quotes, tributes or your fond memories of Julian on this topic.

I have just returned home from a fantastic evening joining many current & ex-Naim employees raising a glass to the late, great Julian Vereker. Marking 20 years since his
untimely passing.

Brilliant to see some faces I haven’t seen for many years, all coming together to share their stories etc. & toasting such an inspirational & charismatic man.

We all miss you Julian - much love.

Hard to believe its over 20 years, glad to hear he is not forgotten and still lives on in the Naim ethos and family. Thanks for posting.

20 years!!! Blimey. Only met him once during a factory visit but he took time out to join us down the pub for lunch. Happier times in many respects. Thanks Julian.

Indeed, to Julian
with thanks for making all our musics swing

My olives, my love.
Its great to hear old friends getting together to remember the past. Shows what a happy family it must of been in the day.
A friend calls my Olives a JV Temple.
Respect.
Thanks for the post this Neil. I have a warm human feeling. Lovely

His participation in Brompton should not be forgotten as well.

I guess it takes a special kind of character to make and run a company with a personality.

A harder act to follow is once the leader is gone…

I haven’t known Mr JV at all but I am a happy Naim customer as I like a company with character…where the customer service standards are high.

Long may the Naim character live on…Long may humility live on as well.

Yes, JV thank you for PRaT. Nice to leave such a legacy behind, I’ll raise a glass in his honour tonight.

Great guy. And sadly missed but with happy memories.

I first met him in Salt Lane when I was considering a 12s/160 to replace a Rogers Panthera.

We enjoyed a good two-hour demonstration and he persuaded me to buy an LP12 to replace the Rega Planar rather than buy his amplifier. (JV was selling all these items direct to customers)

Of course we were back again a few weeks later for the 12s/160. And then again in Southampton Road for a pair of Isobariks. Soon after that a NAPS/250 seemed to appear. Julian was always around with his enthusiasm and Carley Simon’s “Anticipation”

At the time we also met David Beck.and Ian Keeney with his BA Robertson’s “Bang Bang”

I remember being at a Hi Fi show in the very early 80’s and in the Linn / Naim room they were demonstrating an active Isobariks system. Both Julian and Ivor were there and Ivor was ribbing Julian about his bulb on the 250 ! Indicating why not convert it to an LED.

There’s a feature remembering Julian in Connection on the Naim website: 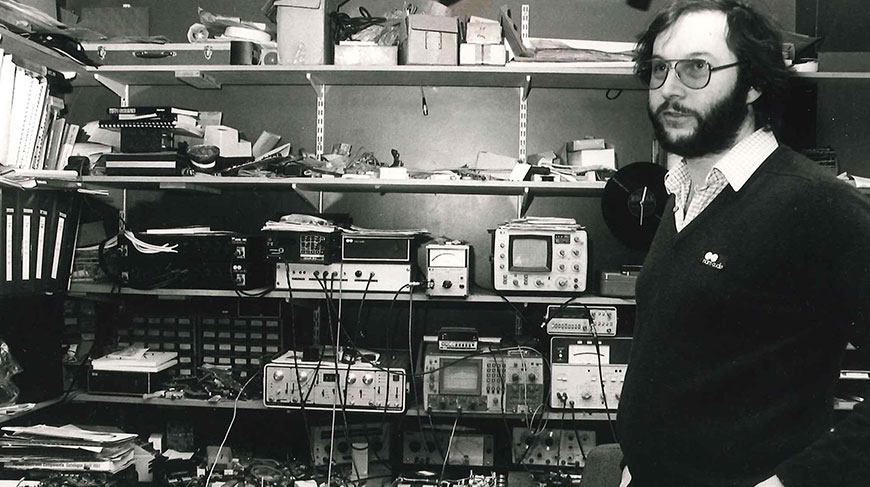 Thanks for sharing Don.

I presume he was enthusiastic about the NAPS/250 but heard some say his favourite was the 160.

It is on days like today that we have a chance to reflect on one of the industry’s greats, and what Julian brought to not only those who worked with him, but also his legacy of always challenging accepted ways of doing things, and as a result bringing about some of the best audio systems in the world for almost 50 years. It’s a privilege to work at the place he called home.