I have for the last 10 years been watching TV via a lovely 42 inch Panasonic Plasma telly which has given great service via the inbuilt Freeview and Freesat tuners but today with a loud pop it finally gave up the ghost.
With a potential repair cost of £300 plus and a wait for the circuit board repair of up to 3 months it seems I’m in the market for a new telly.
Obviously technology has moved on and I’m now faced with a vast choice on manufacturers, models and spec on what’s available now so wondered if any forum members can offer any recommendations.
I want something with at least as good a picture quality as my old Panasonic Plasma which was brilliant when fed with a good signal and it can’t be any bigger than 50 inch and my budget is about 1K
Thoughts and recommendations would be gratefully received

I think you’ll find something that surpasses it for 1k to be honest.

You’ll get a 4k TV quite easily for that money.

My 720p 42" Panasonic is in storage and Mrs AC wants it for the bedroom - when my back is more comfortable she can have it and be banished there for soaps/quizzes/celebrity nonsense! (Especially as she always choose sSD Freeview on the 4k Samsung and can’t tell the difference with the HD channels!)

A slightly later 1080p 42" Panasonic was in storage and strangely managed to fall and crack a long time after I moved it in the storage unit. Really weird and the insurance had just been revised and didn;t cover it. Interestingly although it was 1080p it was nowhere as good as the 720p panel a few years older. I got my father a 37" version of my 720p model and he loved it. He sadly passed away a year to the day today, and although the TV still works there’s some awful screen burn probably from Sky.

Around this time last year I queried a suitable set for dad’s bedroom and got a 32" Samsung for just over £200 which was 1080p - for the money fantastic but over featured with proprietary streaming services in the interface as well as Netflix, Prime, iPlayer, AppleTV etc - extremely good value, briefly used by us after he passed away, but subsequently taken residence in Mrs AC’s mum’s house as her old no-name TV failed. The problem with these TVs for the very elderly is there are too many services they just don’t need/want or understand even if they have broadband!

Both have been replaced with Samsung equivilants again with Freesat and I am extremely pleased with the replacement TVs.

LG get very good Which reports

We moved to Sharp for one TV iteration and it was fine, but now back with Sony. For the same price, we contemplated a smaller OLED Vs a larger LCD and went with the bigger TV for our set-up. Very happy with it.

We got a 55" mid-range Samsung about 4-5 years ago - I hate it - primarily because it backlights in zones not per pixel or whatever OLEDs do and I notice the lack of darkness in areas in sci-fi. The other reason I dislike it is the awful user interface - again too complex and overcomplicated.

I think Panasonic use OLEDs in their higher end models and I’d personally look to one of those or an LG if I was buying today, but I think you’ll get a lot for 1k whichever technology is on offer.

Both have been replaced with Samsung equivilants again with Freesat and I am extremely pleased with the replacement TVs.

Several manufacturers incororate Freeview and Freesat and if you have a dish I think the small premium over Freeview only must be worth it.

I think at the time most of us got plasmas the LCD equivalents were awful, things have really come a long way. To think only 20 years ago perhaps I was salivating over £3000-£5000 42" plasmas which were SD. Really wanted a Pioneer Kuro, missed the boat by a few months.

If I’m absolutely honest these days I’d probably gofor a high-end projector rather than a high-end TV, though the rest of the family might disagree.

We moved to Sharp for one TV iteration and it was fine, but now back with Sony. For the same price, we contemplated a smaller OLED Vs a larger LCD and went with the bigger TV for our set-up. Very happy with it.

Sony went through a bad patch with their flat panels but really upped their game again a couple of years ago - I love the concept of the minimalist ‘easel’ sets that use the screen as a speaker. As a kid I always aspired to a Trinitron Sony TV but never had one.

I’ve just replaced my 2013 42 inch Panasonic plasma with an LG CX OLED 48 inch and I’m very happy so far . The picture is excellent and the user interface brilliant compared to the old one . I am faffing around with the settings , particularly the motion settings which is isn’t a worry as I tend to turn all that stuff to off, this set has BFI so I’m playing with that . It’s also not much bigger physically than the Panasonic but the larger screen makes a real difference. It looks beautiful too ! 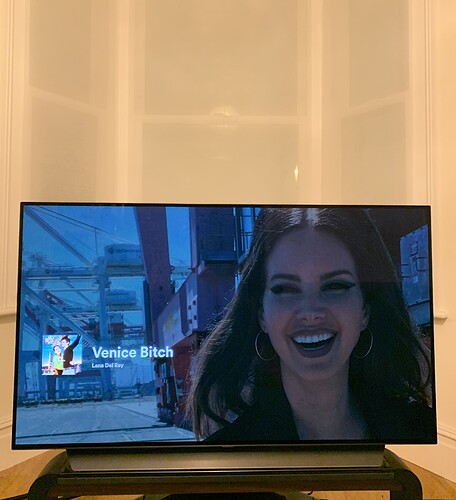 When I was a apprentice in the motor trade in 1970 the garage had an electrical department which sold colour televisions my father purchased a 26inch Philips at a cost of wait for it !! £303 what would that be in today’s money?

When I was a lad we had Baird colour TVs from Radio Rentals - I swear at the time I could hear the ultrasonic sound from the simple remote which controlled channel and volume alone. Those sets were to expensive for the family to buy. I was lucky to get a 21" Philips ‘portable’ one Christmas which saw me through University too.

I have a pana plasma the s30b or similar going on for 10 years too and it’s still going strong. I lkie it so much that i’m struggling to purchase the latest FALD sony tv and also the lg oled even though i have the funds to buy, i like it that much. It has a wonderful natural sharp picture with no blurring or detail loss when the image gets frenetic sometimes. The plasmas were really stunning tv picture quality just so much better than the cheap lcd tv which replaced them. I think they actually should start making them again in 4k with hdr10+ and the latest tech and i’m sure they’d sell like hotcakes as they should be cheaper to produce than the current oleds.
I’ll be in the market for a new tv soon as i’ll probably buy a ps5 to go with it
The tvs i do reccommend are the sony xh70 or 700 which is a full array local dimming tv so contrast and black levels are much improved over standard lcd tvs and is also great for gaming too, it also has the hdmi spec 2.1 as well. I may even buy the lg cx oled tv as the black and contrast levels have to be seen to believed but the only downside is the slight risk of burn in and being a gamer one has to take this into account.
Anyways the sony and lg brand do a 48inch version oled but they are more expensive than their 55inch counterparts which is very odd indeed.
I would suggest to try and stretch to a 55inch model as i think this is the bare minimum size which would take advantage of the latest 4K UHD tech, anything smaller is just a compromise. Of course what matters also is the viewing distance from the tv. I would like to buy either the 65inch sony xh60 or the lg cx and i’m sat around 4-5 feet from the tv. Also plasmas have great contrast and oleds are very similar in this respect so i think you’d prefer oled rather than lcd which can have an overly digital image if not set up right. The only downside is the cost as oled are not cheap. They start around 1000 pounds for a 55inch version. Panasonic have also won most awards for pic quality as they strive much more to get the most accurate image esp in the movie industry. I’d like to buy a panny again but there is no hdmi 2.1 feature set on the latest models from them so it might be an lg instead.

Wasn’t sure if the in built Freesat tuners had been ditched by manufacturers in favour of Freeview, the Freesat signal via our redundant (from a Sky point of view) Sky dish definitely gave the best picture on the Panasonic.
What ever set I go with will also have to get Mrs Hanumike’s approval as it will be in a prominent position in the lounge (I only just got away with the Naim boxes) so I’m afraid a projector is out of the question

I have a just bought a 55" Sony that has Freeview and freesat built in, all sorts of apps I don’t understand, screen mirroring from iPad etc and you can even talk to it to to put on what you want from any app, “play project binky on you tube” and off you go. I have had it just over a month and not connected an aerial or sat dish up as I can get everything I want via wifi. Picture is awesome and cost me just under a grand from the Lewis of John and you get a £100 voucher with it. Works for me.

BFI ?
Sorry all this new tech just goes way over my head

I think most hd channels on freesat are progressive scan and virtuslly all on freeview are interlaced and i’m not sure about the bit rate for each hd channel but they could be higher on freesat. I especially like NHK Japan full hd channel as it’s a wonderful picture and sound testament to the fact when done right satellite can be superb. I just wish they’d do a freesat 4k hdr satellite rather than having to pay through the nose for substandard 4k from amazon and netflix which are nowhere near native 4k. I was watching a friends amazon 4k and it was transmitting at around 11mbits per second which is pathetic for 4k i think it’s no better than full hd blue ray quality.
I saw a true 4k blue ray on the same set and it was amazing the detail and sheer realism of the image it was in another league entirely. He had a bit rate counter and on some scenes the image was pushing around 90 megabits per second. Yes thats around 10 times more than the amazon feed although not constantly.

Thanks @Henryski that’s very helpful, it looks like OLED is the way to go but I don’t think I could stretch to a 55 inch model as I just don’t have the room

I faffed around for too long trying to think a 55 would fit . I’m really glad I bought the 48 for my room . My Panasonic 42 was exactly 100cm wide and the LG 48 is 107cm so little difference for the size gain .

I got a good deal from Richer Sounds with 6 year guarantee .

BFI is Black Frame Insertion, this inserts a Black frame between each frame as most TV feeds are 60HZ and the TV is 120HZ . Otherwise the TV predicts the next frame which doesn’t always flow … This is my understanding anyway.

My 49inch QLED Samsung is only fractionally larger than the 42 inch Panasonic it replaced.

On my pana plasma there’s appeox 2 inch of black frame border which you don’t get on the new oleds as the bezel is so much narrower so it’s worth taking this into consideration.