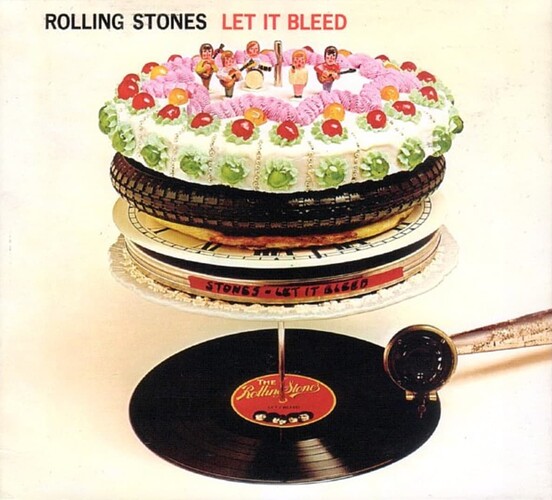 So, calling out to all ya Rolling Stones fans, if I’m loving this album, what should I be looking to get next?

Indeed, it is a great album, and the DSD reissue was really good.

Next you could try Aftermath and Beggar’s Banquet. Then Exile on Main Street and Sticky Fingers.

Or, a sample menu. 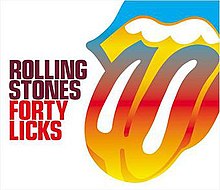 Forty Licks is a double compilation album by The Rolling Stones. A 40-year career-spanning retrospective, Forty Licks is notable for being the first retrospective to combine their formative Decca/London era of the 1960s, now licensed by ABKCO Records (on disc one), with their self-owned post-1970 material, distributed at the time by Virgin/EMI but now distributed by ABKCO's own distributor Universal Music Group (on mostly disc two). Four new songs are included on the second disc. The album was...

My favourite is Sticky Fingers. Next is a compilation album - in that respect it is not really like the discrete albums, though to me it is, I guess because it was the first Stones album I heard, way back in about 1968 or 1969: Through the past, darkly.

If you just want to hear the Stones, rather than experience albums, there’s a mammoth compilation called Grrr with 50 tracks.

I second both Beggars Banquet and Sticky Fingers.

Get Yer Ya Ya’s Out

I agree with recommendations of Beggars Banquet, Sticky fingers. Exile on Main Street is also very good. One latter day 70’s album worth trying is Some girls.

Many thanks for all of your recommendations.

I have ordered the remastered SACD versions of:

Beggars Banquet
Aftermath
Out of Our Heads

So, calling out to all ya Rolling Stones fans, if I’m loving this album, what should I be looking to get next?

You can’t always get what you want?

Ha ha, great track on Let It Bleed. I was surprised how many tracks I was actually familiar with.

I listened to it 4 times yesterday!

Being more of a classical music fan - but one who dips his toe into everything else - You can’t always get what you want - stood out for me since it has that choir and a nice french horn solo.

It gets a spin here now and then. I only have Let it Bleed and Goatshead Soup.

Big classical music fan here too. Probably 1/3 of my library belongs to classical.

‘Stripped’ and ‘Blue and Lonesome’ are a good later supplement to the earlier classics mentioned.

I also have grown fond of ‘Bridges to Buenos Aires’ as a good late live album, nicely recorded. It’s no ‘Leeds Lungs Out’, but a great ‘greatest hits live’ set.

One thing to be aware - recent masterings of the albums on The Rolling Stones label, going back to Sticky Fingers, are often dreadful. Check the DR Wars database.

Thanks for the heads up!

The ones I have ordered are on the “ ABKCO Music And Records, Inc” label as you probably know.

Let it Bleed is phenomenal. I just played the CD layer ripped to WAV on my main system. Wow! The guitars, drums and vocal are fantastic. You would think it’s a HD recording.

I’m praying the other ABKCO albums are just as good.

Just about to post about later editions of the albums released on Rolling Stones Records, but
@jegreenwood has beaten me to it. If you wish to try the albums Sticky Fingers through to A Bigger Bang try and source those distributed by either CBS and Virgin. Essentially avoid anything with a Polydor label imho, they are the dirrect opposite of what you are enjoying with the sacds.

For the Live experience … incl visuals … how about “Totally Stripped” - a 4-disc Blu-Ray set (also on DVD I believe) … output channelled through your Naim system natch … these are 3 x “Back To Basics” concerts performed at Amsterdam, Paris, and London … the Amsterdam stage version of Gimme Shelter is utterly, utterly, utterly … sensational! Disc 4 is a standard audio-only CD with highlights from the 3 concerts … (But … don’t ignore “Ya-Ya’s” … it’s one of the best live albums of all time, great sound and performances).

The depth of knowledge displayed here is awesome. I knew I’d be in safe hands.