Preparations are underway …
As a Taff I own up to bias but with this weather my thoughts turn to rugby. Radio commentary and Now TV. The Welsh have not settled well …

Wales missed the opportunity to jump to number 1 on the weekend. Also with some of the results last week I think this years WC might be a little more interesting. The ABs do look a bit shaky, although you can never underestimate them.

All early days in these warm ups. Wales will miss Anscombe and Falatau though

All the coaches must be anxious in these games about injuries as much as performances!

It’s always a concern, we’re in the middle of our season so most are harden and so far (touch wood) no major injuries.

I cannot get too excited about the RWC at the moment. However, as someone who played schoolboy rugby in the the 1970s, scrum-half Gareth Davies’ individual try for Wales in their warm up game against England on Saturday was a thing of beauty. And I’m an Englishman!

Excellent try, there’s was some fumble defence that helped. Didn’t get to see the game it was on very early here. Hopefully you might get a little more excited when it’s closer. I thought that about rugby here as well before last weekends win over the ABs.

Well while we are waiting for the RWC to start, here’s another try, also scored by a Welsh scrum-half, which has always epitomised for me what the game is about. 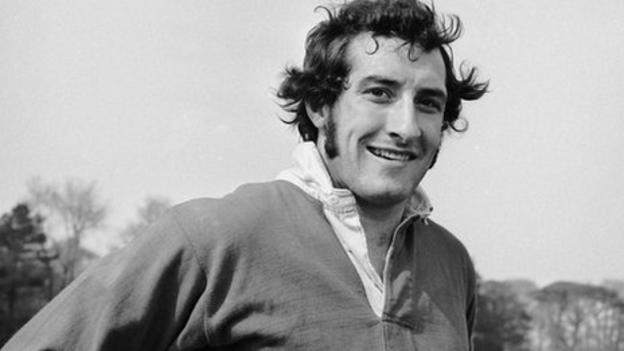 The greatest try ever scored?

Might have google that try, it won’t play in this “region”

Sorry to read that. Please do Pete.

Absolutely Pete, thanks. I try and ‘unsee’ those tackles! But it is the team ethic and effort, played out with speed and skill that I love.

It should be a great World Cup as it would seem that any of 6 different teams can win it. Wales, Ireland and England look very strong and both Australia and South Africa are resurgent. The All Blacks have some ageing stars and are looking wobbly to say the least. So it should be a very exciting tournament from the quarterfinals. It is the worlds biggest sporting event after the summer Olympics and Football World Cup, and will be a great event.

Yes but I’m not buying that, think the ABs are just playing possum (not those horrible Aus type either).

…and it was a game then which didn’t come to a full stop for several minutes at scrums and line-outs. I re-watched my DVD of this game a few weeks back and the packing down in the scrums was so straightforward albeit they spidered around quite a bit. No lifting in the line-outs (what a joy IMV).

The high tackling back then wasn’t such a big issue due, partly, to the players not being heavyweight gym monkeys/abnormally large - bearing in mind wingers nowadays are often the heavier than many of the front-rowers then.

I will be watching, but the knock out format means it can be a bit of a lottery. For me the pinnacle is still the 6 nations. Not that the 6 nations couldn’t be improved.

For example relegation?
Including Canada / USA / Georgia / Romania?
Longer season but with longer break between internationals?

For me this is still the competition to win. Watching Johnny kick that goal is still one of the greatest sporting moments I’ve witnessed (albeit on TV) and attending the final in France that we lost to South Africa was one of the most atmospheric events I’ve ever experienced.

Only 2 days to go and thank heavens Japan is on a similar time zone, so no 4am games for me.

I was at that game where Johnny kicked that goal, one mans joy is another’s disappointment.

Do the Aussies of Irish origin remember and sing the Hills of Athenry especially when the Irish play England?