Looking for recommendations or suggestions, in the Scandi Noir area - and similar…

Think I have ‘done’ most of the TV Series - like The Bridge, The Killing, Those Who Kill, Trom, Shetland (but new series has just started…), Spiral, Borgen, Bordertown, The Valhalla Murders and so on.

In Books, I am ‘up to date’ (so read most or all) with Jo Nesbo (Harry Hole and others), Jorn Leir Horst (Wisting), Ragnar Jonasson, Asa Larsson & Kristina Ohllson.

Happy to recommend all of the above. If I had to pick one, I would go with The Bridge for anyone starting out.

Further ideas and suggestions are what I am hoping for…

It’s not as violent as the Harry Hole mysteries, but I liked the series by Camilla Lackberg starting with “the ice princess”. Aka the “ Patrik Hedstrom and Erica Falck” series named after the 2 main characters.

Have you not read Henning Mankell? The books are better than the TV.

TV wise, Ice Cold Murders: Rocco Schiavone on Channel 4 is enjoyable. It is in a section called Walter Presents which has a wide choice of crime series. Currently working our way through Nordic Murders, although it’s set in Germany on a Baltic island.

Trom is a Scandi noir type murder mystery set in the Faroes and recently screened on BBC4. Well worth a look, not least for the scenery.

I don’t think Borgen can really be called Scandi Noir. The fictional politicians are all better behaved than many real life politicians who make the headlines these days!

I also think The Bridge is excellent.

Just noticed you’ve actually seen Trom, so my recommendation is redundant. Sorry about that - it must be the heat!

I can recommend on All4 ‘The Wagner Method’, ‘Inside’, ‘Seizure’ and ‘The Crimson Rivers’

@fotobrooks - Henning Mankell - no, not yet - also added to my list… (this I why I am asking…). The C4 Walter Presents series I follow closely. Most are good.

@AndrewG - Trom I have ‘done’ (in my list above). Very good. You are forgiven for recommending it…!!!

@Sharney - The Wagner Method, Seizure, Inside & Crimson Rivers I have done - but thank you.

Spiral also isn’t Scandi Noir - its French Noir. But its very, very good… And lots to go at - it runs to 9 series…!! (Series 1 is a bit below par, but it hits its stride from Series 2 onwards.)

(Seems the Scandi Noir following is strong amongst some Naim Forumites…!! )

(Seems the Scandi Noir following is strong amongst some Naim Forumites…!! )

Have you followed “interesting tv “ thread ?
I would advise: the bureau ( french serial, fantastic)
Unbelievable ( Netflix)
The Fall
….

I shall go for similar. I read thriller/crime novels by the kilo.
My searchings have landed me on Choctaw Ridge. Yup that one.
The often met US army law enforcer who comes home to sort out some local troubles 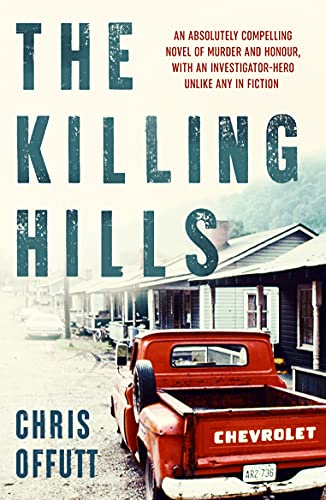 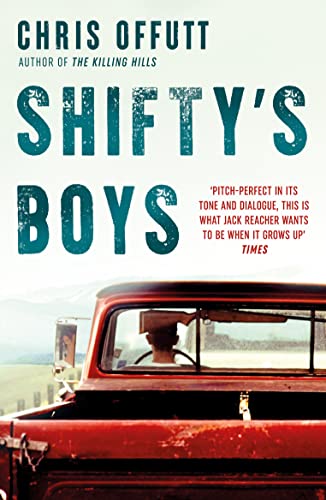 John Stonehouse and Ace Atkins follow similar paths. The grand-daddy of this tribe was of course Reacher.
Prime continues to carry the excellent Justified series with Timothy Oliphant. Much the same territory with never a duff character.
Hope this helps.

Are you including movies as well?

The original Swedish movie The Girl with the Dragon Tattoo, based on the Stieg Larsson book is fantastic and far better than the Daniel Craig remake. There were also two Swedish sequels which were pretty good.

If you are UK based then there are a load of “foreign” (ie European) language cop dramas / noir series on Channel 4’s (free to stream) “Walter Presents” section. I’m currently watching a Brazilian cop drama, but recently watched - and enjoyed - one from Croatia. The Twelve is an interesting court room drama from Belgium, I reckon that ~95% of my TV watching is now sub-titled foreign stuff & I love them!

@frenchrooster - Yes, I have been following & contributing to ‘Interesting TV’…
The Bureau seems to be on Amazon Prime - so I will pass…

(long term Netflix subscriber here… not adding another one…)
Unbelieveable I found on Netflix, but the US accents killed it straight away. Sorry…

The Fall I have already done. OK, but not one of the best. IMO…YMMV.

The Bridge - is absolutely Top Drawer. Agreed… And the 911…

@haffle - Yes, Walter Presents I follow. Most are good - but not all…

All black, I loved them.

I just started watching Beck series 1. Interesting to see how he develops.
It’s also worth hunting out the original Wallender rather than the British remake.

Whether Iceland is Scandi, for my taste there are some good books. I’ve tried all of these, https://crimefictionlover.com/2020/09/six-icelandic-crime-authors-you-should-be-reading/ none so bad that I will not go back. I feel that Walter Presents picks much of the better TV adaptations, not Scandi but the ethnic origins of Perez are missing from Shetland, something as basic as hair colour seems an important in the characterisation of the books of Inspector Lynley. The use of English by Elizabeth George I love, she uses words that I have to look up. Then you get the dire alteration of the M R Hall “Coroner” series. Perhaps it is because he writes about Bristol and South Wales in clearly identifiable locations that I know well. Whilst off topic, similarly I enjoy Peter Lovesey’s Inspector Diamond series. The localities are so exact.

@catswhiskers - Iceland is fine…! Have already maxed out on Ragnar Jonassen. Will consider the other Icelanders…!!! Thank you…!!