Show us your Sondek

… and tell us something about it.

Mine is a basic ‘79 afro LP12, bought with the usual Grace 707 and Supex 900. Later upgraded with Valhalla / Nirvana, then eventually fitted with a Cirkus kit and RB1000 arm. A 2M bronze has stood in since my last Supex began to falter. The 2M is staggeringly good - fast and clear, but someday the Supex may return. In the meantime I’m enjoying my vinyl collection as much, if not more, than ever before. 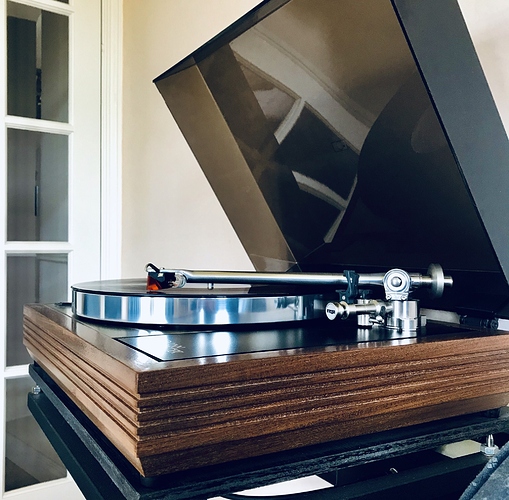 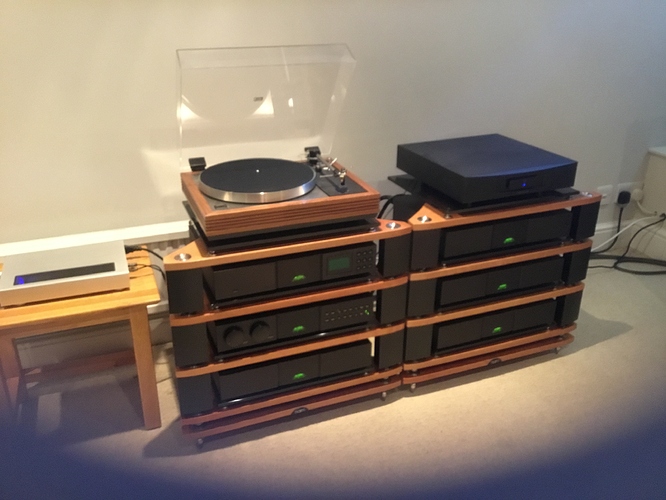 I was in the middle of a part exchange deal when lockdown took effect and my dealer closed his doors.

When the time comes it will be my very first LP12, albeit the entry level Majik spec, however I am pretty excited about the prospect and have been busy purchasing vinyl over the past few weeks via online shopping/delivery.

Please don’t start telling me that I should have purchased a Rega instead as I’m not listening!

The LP12 is an ex-demo and I was happy with the reduced purchase price and the deal as a whole. I’m also swapping my LS50’s to Iota Alphas (I know the fugly ones).

Roll on safer and happier times for all of us.

Here’s my LP12, bought it about 3 years ago. To start with I had it serviced and replaced the Valhalla with a Lingo 1. Since then had the Akito tonearm repaired by Audio Origami who upgraded it with a metal arm cue pictured, replaced the vertical and horizontal bearings which were shot and had internal cardas rewire.

More recently I had the Cirkus and Kore upgrades with a Dynavector 10X5 high output moving coil cartridge fitted.

Just had the Lingo 1 serviced by Darran at Class A.

Been quite a journey so far. Am using Graham Slee Reflex M phono. 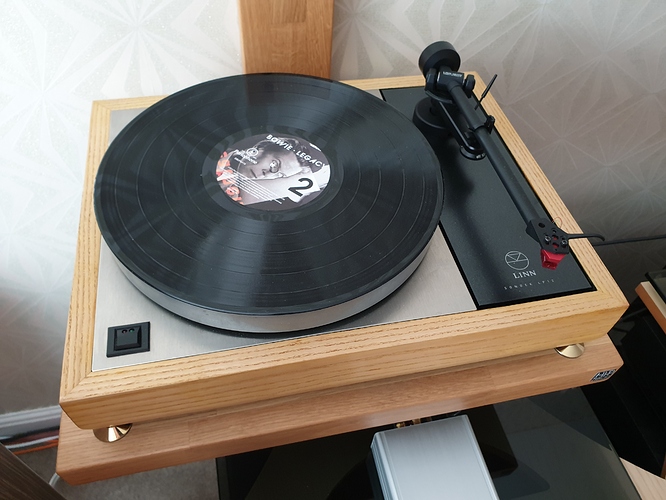 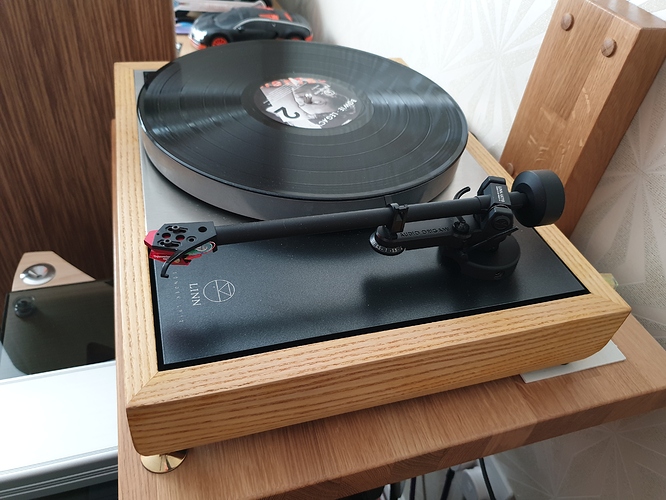 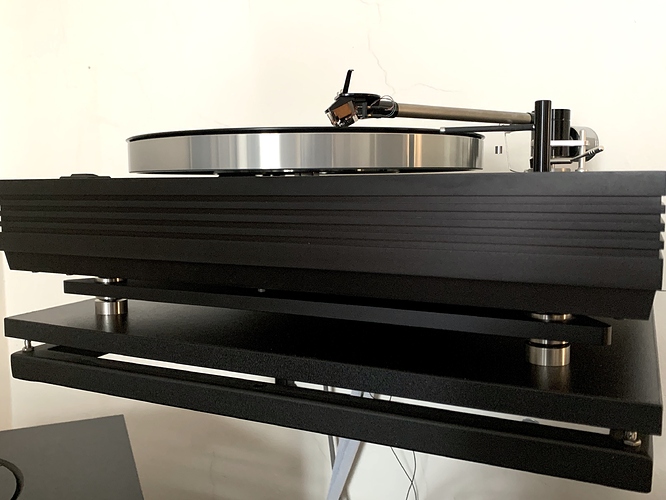 Not much to say, plays just music

Originally bought early 1980s with a Basik arm & K9 and upgraded early in the 1990s with an Ekos & Troika and Pink Link modification. It’s sat unplayed for 20 years after my teenage son damaged the cantilever. I just got back from a re-build last week. The Troika refurbished by Goldring and it’s been returned to stock using second hand parts. SS top plate, springs, belt, Kore, Circus bearing and hub, trampoline II, Majik tone arm lead and Majik power supply. 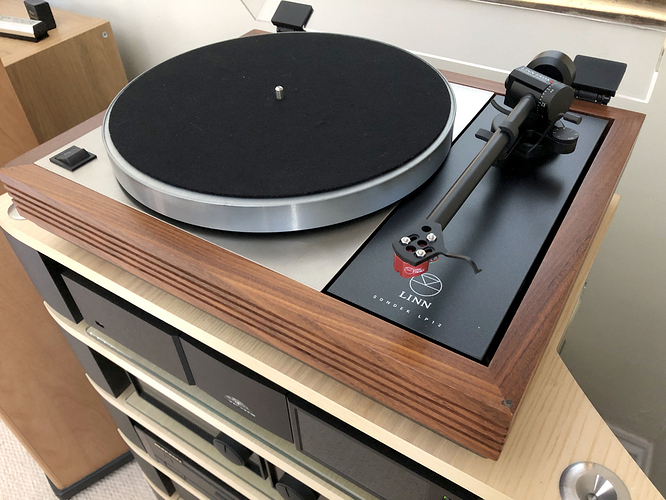 Here are a couple of mine, the first I’ve had the longest, from '87. 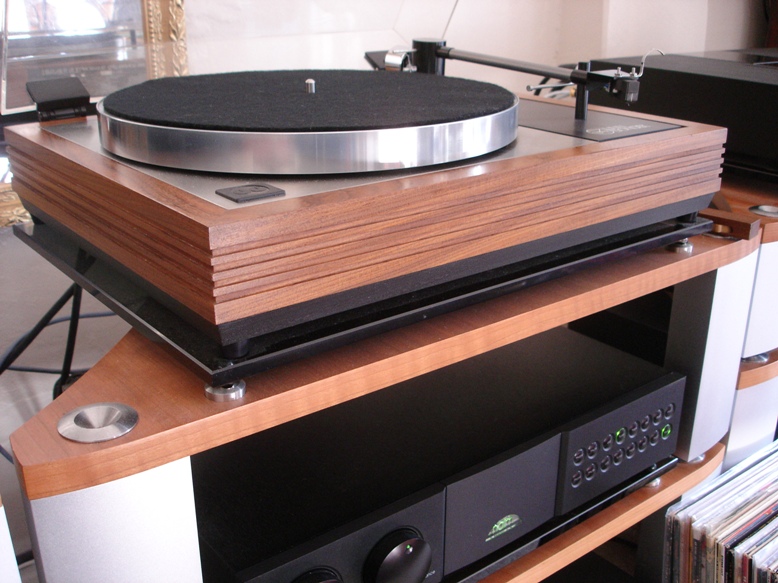 The second is one of the last ones made before the change to the Cirkus - currently kept mint in the box with its Ittok and Klyde. 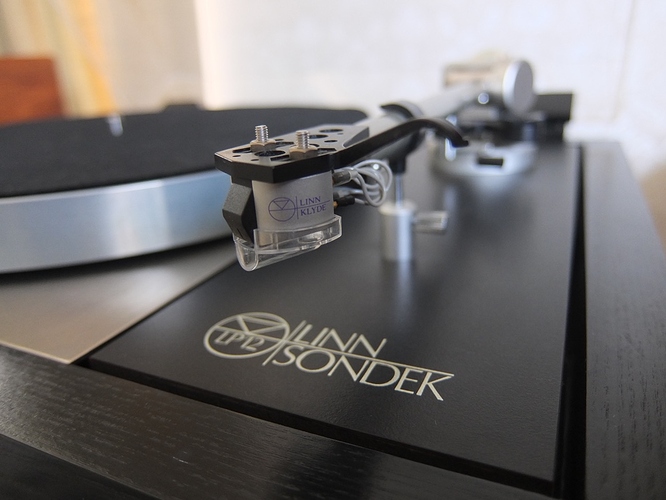 There’s also a lovely near mint Sondek with the big red power button from 1980 and a Syrinx PU2, and also a mid '80s Sondek Valhalla with an Alphason Xenon arm (both boxed up at the moment). 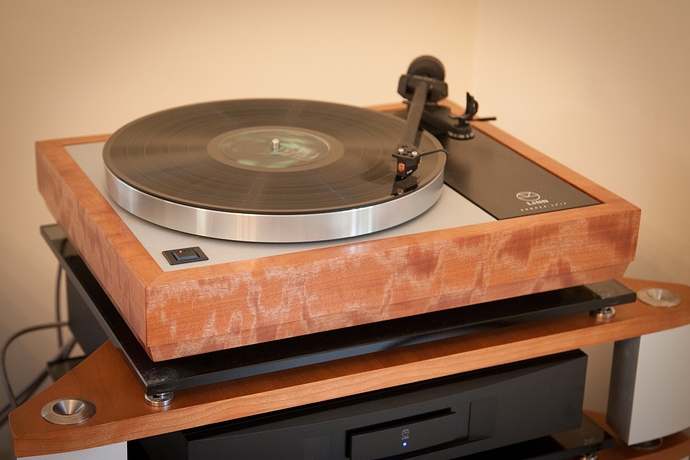 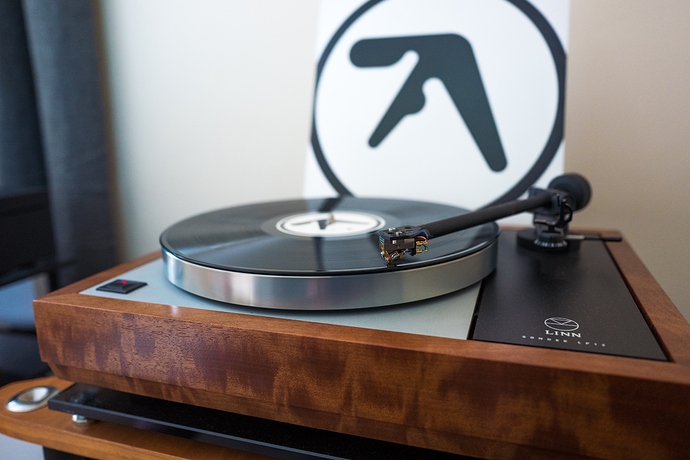 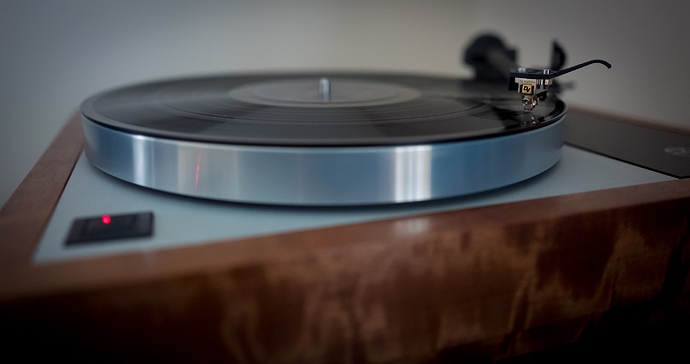 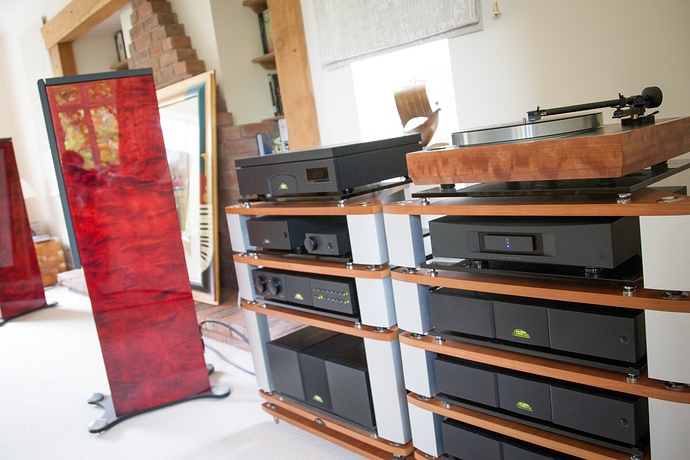 Lovely pair of Neats there, Lontano.

That plinth is beautiful. When did you acquire it?

I bought this Pre-Cirkus project 1985 LP12 two years ago, without an outer platter!
I promptly found a 2nd hand platter, then bought a new arm board, RB2000, cover, and Trampolin 2. Now I have a Lingo 1 waiting in the wings and I have to figure out the sub-chassis and Karousel or Cirkus. The DV20XL sounds great on it. 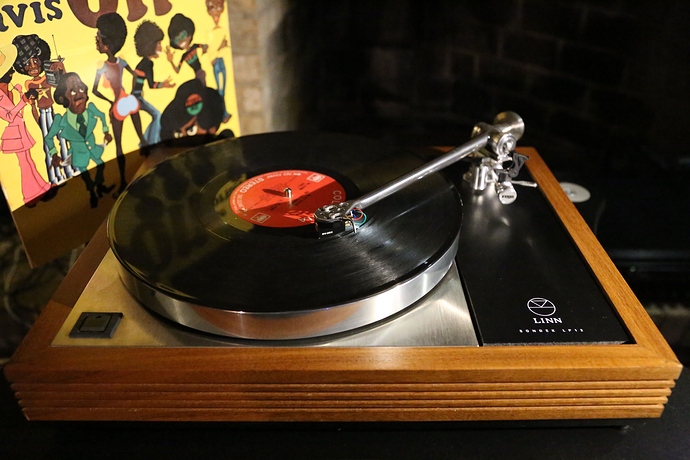 Thanks Dave - marvellous sounding speakers as I think you know

Some lovely decks on here guys.

Hi - the plinth dates from 2012. I saw this picture somewhere on the web, either the Linn Forum or Woodsong website and told Peter Swain I really like the look of the plinth in the left hand stack 4 up from the bottom. He actually had that actual one in his store so that was that, I bought it. 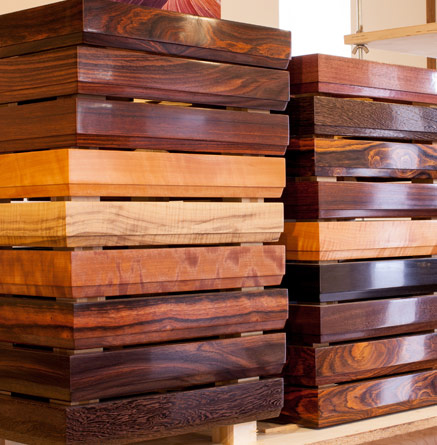 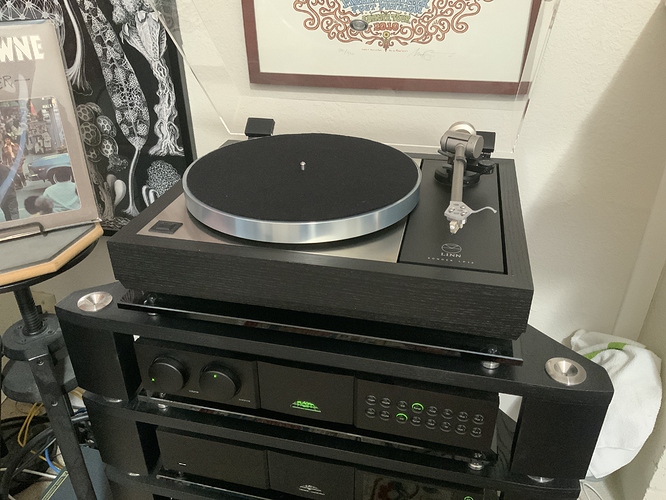 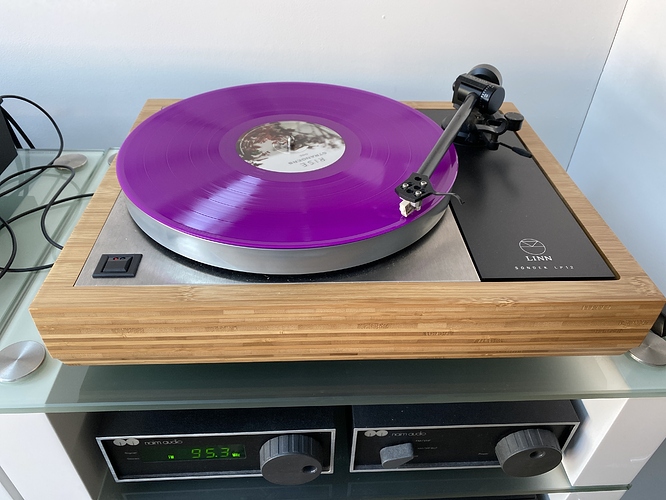 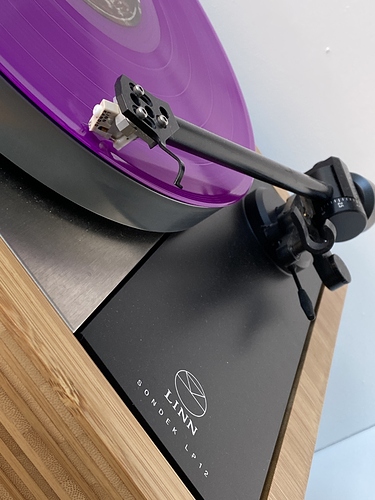 Originally purchased around 7 years ago I think. At that time with Lingo 1 and Ittok. Now with Ekos 2, Radikal, Keel and Kandid with Booplinth and Trampoline 2. The only original bits are top plate, lid, bearing and platter. By the end of the year probably just the lid will remain if I go for Karousel as I’ll replace the top plate and outer platter which is looking a bit blotchy.

Mine’s from that era. How’s the shine on yours, is it still the same?