Did anyone see the Space-X launch a few weeks ago?

It was pretty amazing for someone who’s not watched one before, and the landing of the primary fuel rocket on a target on a vessel at sea was like something out of a Gerry Anderson sci-fi show. 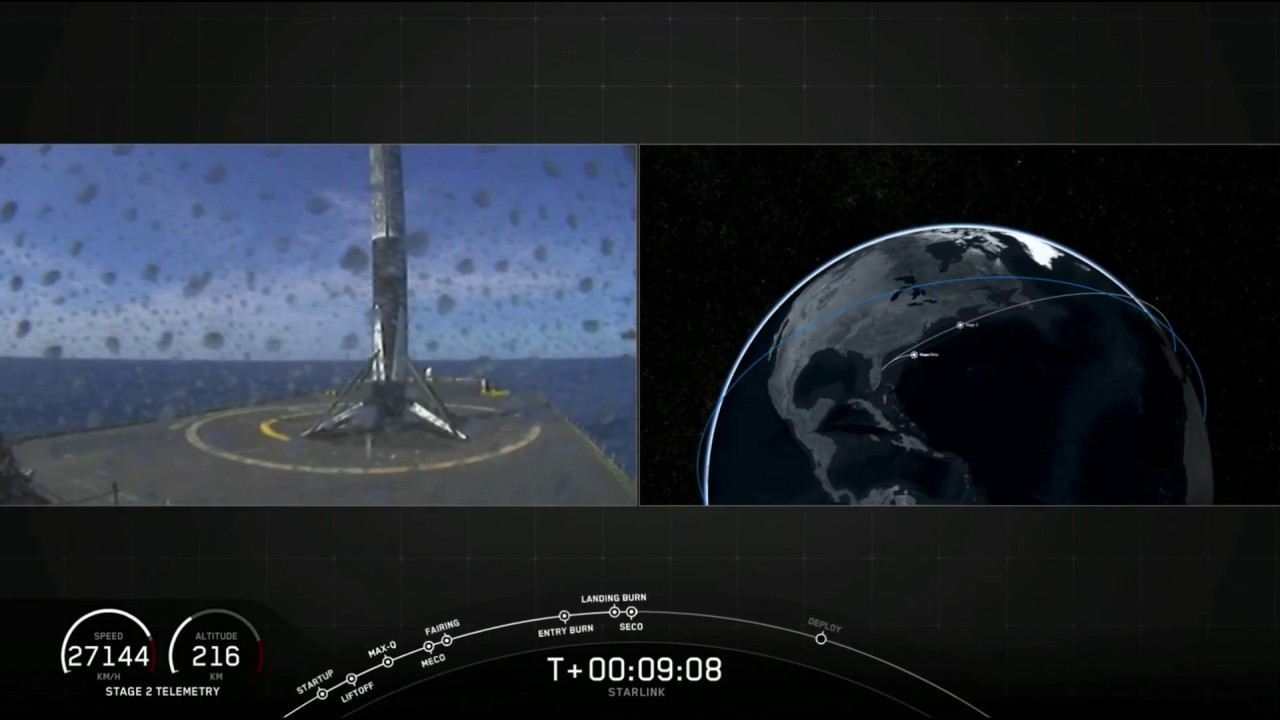 So hopefully tonight we’ll see the launch of their first manned US flight to the International Space Station via a commercial ship, cancelled a few days ago due to poor weather.

Looks like the launch will go ahead this time.

Just realised I can view via the NASA app on AppleTV, hooking up to projector!

I’m Watching on the 55” tv via the NASA YouTube live Stream. The weather looks clear so all systems go. 20 minutes

10 minutes and we take over the Telly in this house. Disney+ needs to know its place!

I suspect that’s what the AppleTV app shows via the NASA TV section, looks great.

10 minutes and we take over the Telly in this house. Disney+ needs to know its place!

The older movies are great it’s the awful teen/pre-teen TV shows that annoy me!

We - as parents - disagreed to get Disney+. Then the 3 eldest kids proposed us a pocket money cut equally to the yearly cost of Disney+. We liked the positive initiative and agreed.

They all have their share in it, kid 1 is into star wars and all the spinoffs, kid 2 is preferring all the princess things however she is influenced strongly to watch the more boy type movies.

Anyhow, I was kid when I saw the challenger exploding.

Bloody ridiculous coverage on TV news, plastering their headline banners and idents all over the place so that you get to view a little bit of rocket and lots of the blue sky above it. Shambles.

And you don’t need to blather over it with your inane, know nothing, piss poor journo drivel, we know what we’re watching, that’s why we switched over!!!

Good achievement though and I love how the rocket and capsule look completely different inside and out to everything else before it. Apart from a big Tesla…

Not sure if the tv coverage was the same as NASA TV but even their coverage had side by side views of the stages and astronauts - a picture in picture type view would have been preferable.

Utterly amazing though, but should we happy that private companies are providing the technology?

First stage returned and landed successfully at sea - I really find this incredible.

There is a 19 hour journey to the ISS ahead apparently.

Incredible, unbelievable, unimaginable!!!
A real giant step forward as it is a first from a private company.

Whole launch was spectacular and well covered on spacex/launch with no interruptions.
I really like the recovery of first stage on vessel. Same as last time I watched it the signal was lost as it landed and just seemed to magically appear.
Do they recover the second stage or is that current impossible?
It also is quite mind blowing that I was watching this on my iPad in the garden how technology has changed from the early days.

As an aside I recommend watching film ‘Hidden Figures’ for early insight to space exploration and American ‘culture’, very worthwhile IMHO

Yes I like Hidden Figures too, as have a lot of interest in early X flights and then on to Mercury missions, though imo ‘The Right Stuff’ still rules this arena.

Just watched the ISS go over the UK from the south west 10.10pm, minutes later another bright object from the south east, visible twice then gone. Maybe the second stage re entering and presumably burning up in the atmosphere.

I don’t get all the smoke etc. Surely given who is behind it it should be electric?

It is eclectic rather than electric.

Unfortunately the ISS has no charge points…