Spin-off questions from the System Pics

Why do so many have a fireplace and don’t use it? Is it forbidden in the UK?
Why does a guitar peep in every pic lately? I suspect that those who actually play do not show their instruments… Unless you are a sock virtuoso.

We’re as usual enjoying the best weather and are too busy BBQing to toast our toes indoors.

Burning solid fuel in a fireplace is a bit old hat these days with radiators & central heating providing a more even warmth. Lots of us live in smokeless zones too.

Guitars are imho a bit of humblebrag - ‘oh that old Les Paul signed by my mate Jimmy Page, yeah it’s just a bit of decoration that I like to position very close to the left speaker’. Much like the carefully positioned cool / arty / v tasteful LPs that just happen to be in shot for a system pics photo.

I do find the urge to post system pics for the sake of it rather odd, a bit like people posting pics or their camera etc. We probably know what they look like and are unlikely to need a reminder. Sure if someone is showing their stacking order I concede it could be useful but so also would a written list and probably easier to work out what everything is. Another exception could be if it is a bit of rare vintage equipment which many won’t have seen before.

Most typical homes have a fireplace as a central feature in the main living room. Difficult for many to do anything else.

Many British houses were built with fireplaces, these have often been replaced with central heating.

However the fireplace remains, I have a fireplace and it backs on to a chimney and also heated the hot water. The fireplace there intrudes slightly , so I have still got the aperture for the fire but it was closed a long time ago and just remains as a central feature.

I now have an electric fire in it’s place that get used in winter as a top up , however my cat has learned if she sits on my knee long enough, I will switch the fire on and she can roast her stomach at my expense.

Its a hard life being my cat. 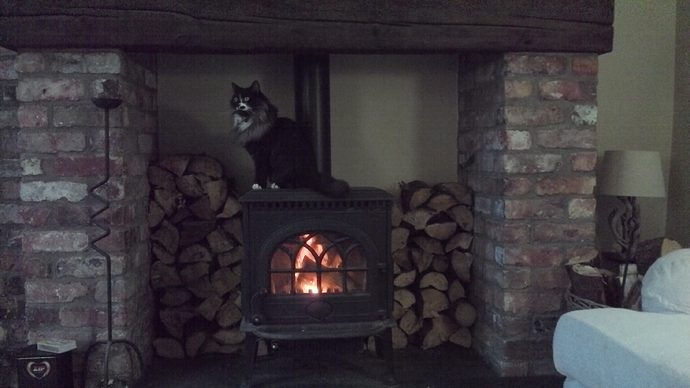 Not a guitar (not in use) 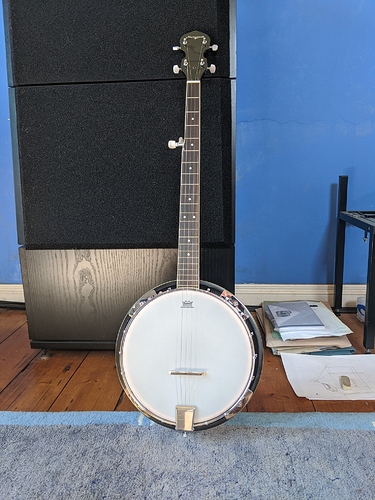 Willy (possibly of same genetic stock as hillbillies and rednecks)

He must have porcelain paws Willy, sitting on your log burner

Reminds me of seeing Roger McGuinn in concert a few years ago and he came out with a stack of banjo jokes. One I remember - what’s the difference between a banjo and an onion - no one cries when you cut a banjo in half.

I am aware of this, but I saw unused fireplaces also in the bleak midwinter…
Thanks for your reply.

In this case, I dare say that a fine banjo outpictures even the DBLs…
Wonderful instrument. This is for you:

@anon39073561,
To complete your original question, you could have added: why cats on Fraim, why tigers on speakers, why Porsche gt3 Lego on the rack, and why shown sockets on the pic?

Sadly, I have no cool Les Paul to sneak into my system pic.
But I can do an awesome air guitar.
…

Why do many photos show very expensive speakers cramped into a corner of the room ? Seems to defeat the point.

I grew up in Jerusalem just next to General Allenby barracks which was built after the British conquered Palestine in 1917. Despite the warm weather and the lack of mature trees, every structure in the camp had a fireplace but I am willing to bet that none of the British officers ever owned a NAIM system…

…my house was built in 1911 and has a fireplace which is never used. I use gas heat and live in the city and with all the overcast days in the winter we have here in Seattle it would be just a source of pollution.

Just for you Max. 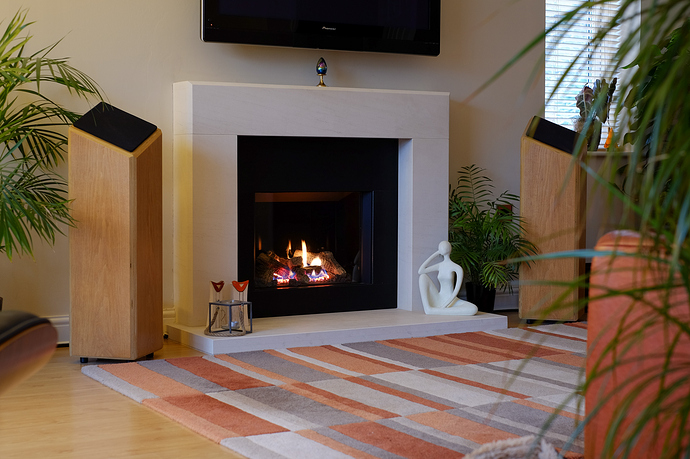 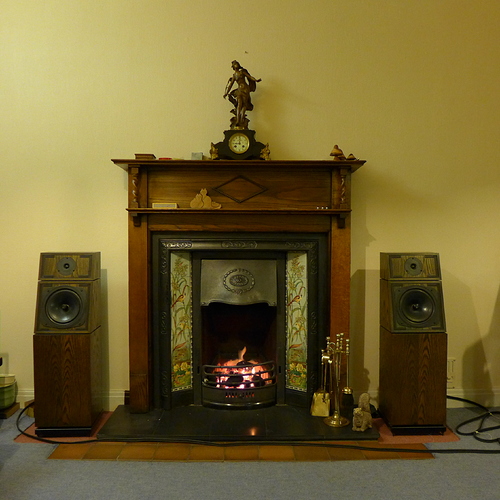 If the fire between my speakers is lit it means the whole family is in the room and I am not allowed to play any music. It’s also Boxing Day…