Thought this was rather surprising as Steve Wright has been a mainstay of the BBC radio schedules for decades. I remember listening to him after school doing my homework, complete with a flakey FM reception tuning in and out due to the hills in North Wales. I don’t listen any more, save catching the occasional snippet here and there when in the car etc, but I did think the ‘serious jocking’ on Fridays was risible, and if that was representative then perhaps time for a new approach with Scott Mills. Still, an end of en era. 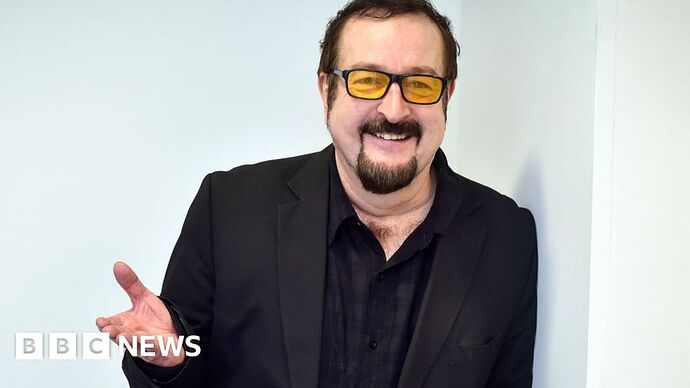 The broadcaster and DJ's longstanding midweek afternoon slot will be filled by Radio 1's Scott Mills.

He always seems a nice chap, but the afternoon show has run its course. At least they’ve not put Zoe Ball in that slot !

Yes, agree, I think it is time for a change - I don’t mind Zoe Ball though, despite her caffein infused personality!

Haven’t had much enthusiasm for Steve Wright, weekday afternoons or Sunday morning.
From what I’ve heard of Scott Mills over the last few times he’s done some fill-in slots, I’m 100% sure I won’t be changing much.
Early R4 news, local radio, some Ken Bruce, is about all the BBC I/we listen to. Web radio, RP especially, is my go to casual radio listening these days, no DJ senseless drivel & just my kinda music.

I’m a bit conflicted about this (I only listen to R2 occasionally these days)
On the one hand Steve Wright has been flogging the same show for decades and hasn’t broken any new ground whatsoever.
On the other hand his show is almost nostalgia as it reminds me of listening to him on Radio 1 all through the 80s.
I dont really have much of an opinion on Scott Mills as I know ill not be listening unless I happen upon his show by mistake.
I think radio in general is in need of a good shaking up as ‘Personality’ DJs seem so outdated. After all the DJ’s only job is to fill in the gap between the songs… just play the goddamn music

About time! I’d much rather silence than have to endure his awful show.

He was quite amusing back in the 1980’s with Mr Angry and Sid the Manager but I never tune in nowadays in fact I never listen to BBC Radio except for Rodigan on 1Extra.

Much a fan of Sunday love songs.
Only because it plays out something like a pair of well worn in wooden clogs.
Not so much the clogs breaking in, more my feet breaking in.
There is much to inspire about bunions.

Come off the fence and tell us what you really think

As Bobthebuilder says , amusing with Sid The Manager etc in the 1980s, but this is the 2020s , well done Mr Wright , but the schedules need to be refreshed from time to time

We all face retirement …

His Elvis character guest was very funny. Don’t like his fake personality and he never listens to guests or interacts with them. Also, his timing is awful and constantly talks over song endings and often just cuts them off. It’s all about him. 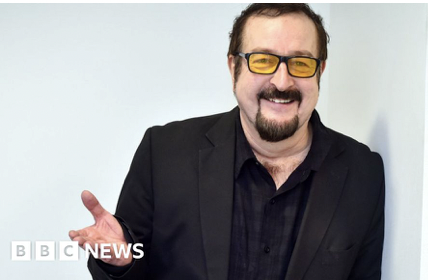 Is it me , or does he resemble Steven Segal ?

Tbh, not bothered. Never been a fan!

And with a liberal application of Just For Men too!

I didn’t know that we still had Radio 2 in UK!

Tbh, not bothered. Never been a fan!

His Radio 1 show never appealed years ago, never really listened to him on Radio 2.

He reminds me of modern commercial radio in a way where there is far too much inane banter.

Not keen on gabby ball … nine words a second…Steve was just about Wright!

I remember him when he had thinning grey hair. It seems time has gone backwards for him.

I have a cousin who uses Just For Men and we always debate what colour it will be next time . He thinks we don’t know , but his former wife tells everybody .

There was a young man in a shop serving me the other day, with bright green hair, and I thought , good for you, what it is to be young and daft .

I would have loved to do that at his age , just to see the spontaneous human combustion when I got home.

Two words for me - soppy and sloppy.

Well beyond sell by date for me. Radio 2 appears to have lost its way. Anita Rani was guesting a few weeks back and it was dreadful with a capital D.