At the moment I use Spotify premium to audition new releases and to please the grandchildren’s many and varied requests.
Having upgraded I realise I need to change provider for better sound quality.
I’m happy with the Spotify library and software but looking at reviews for Tidal and Qobuz there appears no clear alternative.
I don’t mind an increased monthly fee as long as I receive better sound quality and a decent size library.
Your feedback/recommendations would be welcome.

All these services offer free trials, so I would suggest that you just sign up and try them. I used Spotify for a while, and thought it was probably the best user interface of them all, but I can live without that for the improved sound quality of the lossless services. As long as your internet service isn’t very slow, I would suggest Qobuz, who have just dropped the price of their Hi-Res sub, which has a lot of material available in 24/96 or 24/192.

If you like classical music, then Primephonic is also worth a look and they too have a free trial. They radically improved their offering a few months back and are now a real contender I think. Also none of that MQA nonsense to worry about.
Best

You can cast from the Primephonic app, so you don’t need native integration in your Naim streamer. But I agree that Ariana Grande is probably not obtainable from that source.

Thanks for the replies. I’ll try Qobuz first as I’ve just had the update for my NDX2.

I realise I need to change provider for better sound quality.

If you’re only using to check out new music why do you need better quality? I actually use the free Spotify myself, only worrying about bettersound quality if I really like the music. Otherwise the answer to your question may depend on the range of music available on each, as I understand the catalogues are different, and then the cost and sound quality.

I’m looking to stream rather than buy CDs in future so SQ is now important.

Just on a side issue of streaming music, I’ve just dropped Tidal for Qobuz mainly because of the Hi Res quality. I streamed Peter Frampton Comes Alive in Hi Res which pretty much blew me away in quality.
I then did a search online for Perter Frampton to see his current status, but one news report shocked me.
Apparently one of his tracks “Baby I love your way” has been streamed by Spotify and Apple music over 50 million times and his royalties have been a paltry 1700 dollars

I think Tidal (artist owned) claims to pay artists substantially more than Spotify. Apple is know to extort anyone they can, including users. Wouldn’t know how Qobuz fits in.

It’s true that Tidal pay artists more than other streaming services, which is perhaps a good reason to stick with them. I can’t help thinking that the current price war, presumably bought on by the arrival of Amazon, is not going to do anything to help artists make money.

That is a sad stat for artists.
And it bodes ill for the health of the music industry.
Another ill effect of financialization.

Funny how that’s turned around. Artists used to tour to promote the album.

I bought the original Frozen soundtrack on Qobuz, they have several Disney items - sometimes the metadata is in French though.

It’s a difficult choice for me. I’ve had a Tidal subscription for a couple of years now. I haven’t found it significantly lacking in what I need. The odd track once in a while compared to Spotify but most new music I want to listen to is there. I have 200GB of Tidal favourites downloaded to an Astell & Kern SP2000 which, temporarily pending a house move, is my only streaming source apart from a Muso 1st gen.

With the recent price drop announcement I decided to do a free trial of Qobuz which is usable on the SP2000. I’ve tried to replicate all the favourites and playlists I have on Tidal. The bottom line is that to keep all of the music that I want to I’ve calculated I would need to spend about £230 in order to buy it from alternative sources such as 7digital, Bandcamp or CDs. These are mostly less well-known artists but nevertheless still on Tidal. (Although I was surprised that even a mainstream title like Grace Jones’ ‘Nightclubbing’ is not available although looks like it was in the past. This is available on Tidal and for hi-res download from 7digital for £23.49. ) Although the £230 represents a catch-up of several years, there would still be a cost going forward. Qobuz seems to be less good for smaller indie releases and a lot of lesser-known music by black artists. It’s possibly better for jazz and classical although as my requirements are not large for either of these, Tidal meets my needs.

On the other hand with Qobuz I would have access to more hi-res material and I could possibly save on not buying some of the hires material I might have otherwise bought.

One side effect of doing all this has been for me to listen more critically to some of the music I had favourited in Tidal rather than just favouriting it to listen to later on the chance I might like it. If I really like it, it should be worth buying to make sure I will always have it in the future. Also I like the idea of supporting artists, especially on Bandcamp where a much higher percentage goes to the artist, so don’t have a problem spending money there. However, without question, I do have a limited budget.

I’m still undecided which way I will go. I’ll see how the month goes. I think the quality, on balance, is slightly better with Qobuz. Even at standard CD quality I actually clearly heard some Cocteau Twins lyrics without even trying that had previously eluded me! The balance is different. Tidal does have quite an attractive warm sound with a strong bass which personally I find very listenable. Qobuz seems a little leaner but with a bit more detail. It’s probably slightly more accurate I guess. I should add that the SP2000 includes MQA decoding as well and also that historically I have a Spanish subscription to Tidal so am only paying €19.99 for my monthly subscription. At current exchange rates this is only about £16.60 so the price differential with Tidal is less.

Also going forward there is a good chance I may buy a Naim streamer (although at least one other brand is being considered) which might tip the balance in favour of Qobuz.

The ultimate quality probably is Qobuz but I think Tidal is still a good compromise between very acceptable quality and available content.

So yes, a free trial of both is the way forward for you as it is a personal decision I think between the two. (Although you shouldn’t have a problem with either Frozen or Madness on any platform!)

I have noticed that some albums are missing in Qobuz, probably about 5%.

However I have also discovered that some 400+ albums that I already own in 16/44 format are available for streaming on Qobuz as studio masters. These sound better than the local rips.

Also whilst doing my extensive (and labour intensive!) review I have discovered albums that are available on Qobuz but not on Tidal so I don’t think the gaps in the library are as large as you might think. I suspect somebody migrating the other way would find gaps too.

Through Roon Qobuz sounds excellent to me and it’s nice to be rid of MQA.

Although Tidal pays more than many, and Youtube appears to be worst payer by a massive margin - the provider that pays the most to artists that I can see is Napster - by quite a margin. For 10k streams, Napster $190, Tidal $120, Youtube $6.90)
I used until recently a Napster service in my car - which worked rather well. 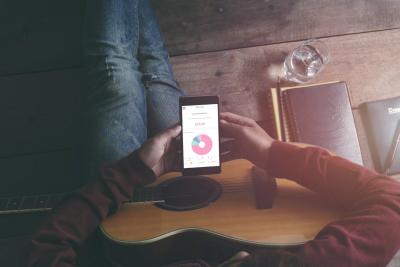 How Much Do Music Streaming Services Pay Musicians in 2020

Find out how much music streaming platforms pay artists, learn the factors that affect royalty payments & use our Music Streaming Royalties Calculator.

I admit I hadn’t considered Napster. I notice that Amazon, who I assume are driving the current price war with Tidal and Qobuz, are pretty low in the rankings at $40.

It is in Qobuz albeit not in Hi Res