I have made some Cable Lifters! Not sure how effective they will be but I will try them out when they are all installed.

How about a closeup of that pedal board, and the axes that play through it?

iCloud Photo Sharing lets you share just the photos you want with just the people you choose.

Axe and pedalboard pics to follow! It must be said I have far better gear than my very meagre talent deserves but relative to Hifi guitars are a relatively cheap pastime and so I have indulged myself a bit!

As for whether the Marshall and Vox affect the sound the truth is I dont know and I am sure they must to a degree although it must be said the system sounds the best it ever has. The ATC’s are several inches forward of the guitar amps.

The thing is that my favourite way to enjoy playing guitar is on Rocksmith with the sound of my guitar through either the Marshall or the Vox and the backing track coming through the hifi. Having the guitar amps near the ATC’s works well for this. 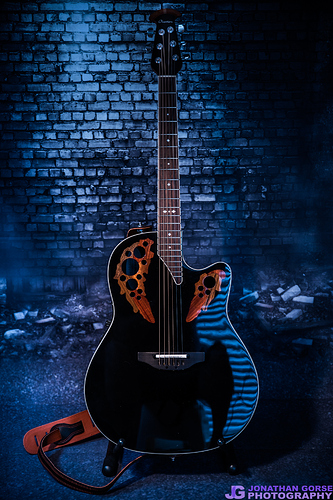 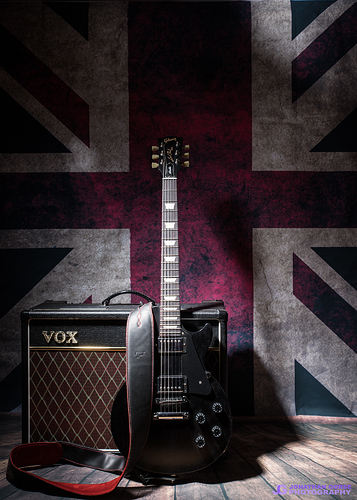 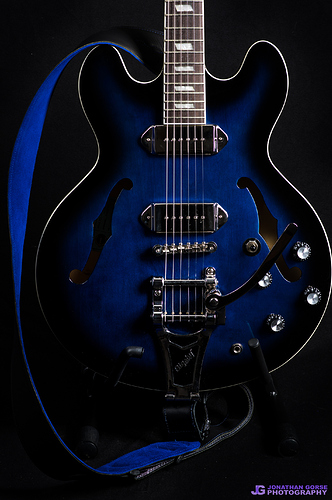 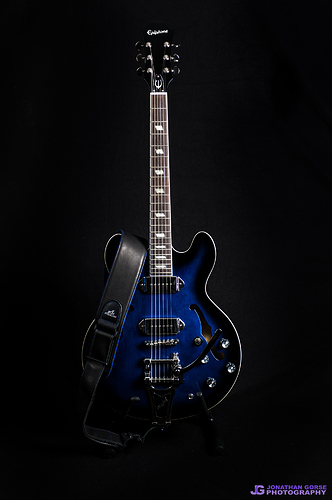 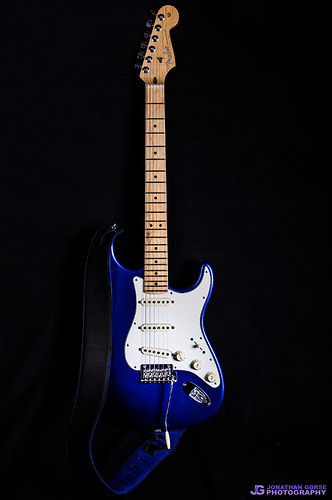 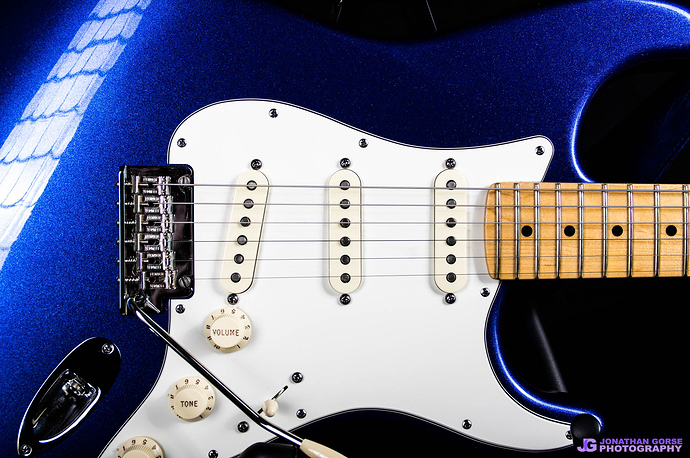 I also have a Yamaha Pacifica 112V and a folding travel guitar but don’t have pics of those to hand.

I only wish my playing warranted such lovely instruments!

Oh, I hear you Jonathan; my situation is much the same - that Strat you have almost had me heading for a cold shower! Nice stuff!

Hi Chris, congratulations on your new PS. Just a curiosity question. Does a powerline still come with the 555PS?

Please keep us updated on the improvements as the PS burns in.

I’m keen to do this upgrade sometime when my bank account recovers from my recent purchases over the past 18 months.

Does a powerline still come with the 555PS?

Hi Boom. It does. The PL is neatly packed in its own box inside the std Naim carton that the 555 comes in.

I wish I’d known what difference a PL makes; I carried on using my Graham’s Hydra for a while until a chance discussion on here. The PL was another of those small but noticeable improvements.

Yea the PL is a little gem. I bought one SH the other month and enjoyed the upgrade. First I put it on the 250DR, after a few weeks I placed it on my XPSDR. The former improved bass the latter more detail… putting it bluntly.

Still yet to try the SC.

Yes @Boom, as @HouseholdNaim says, it comes nicely packaged in the 555PS box.
I’ll pop back here in a month or so and let you know how I found the burn in and whether I’m still happy with the upgrade

Melodiya, yes, Rostropovich, no. It’s a new Analogphonic reissue of the Daniil Shafran performances from 1970. It’s wonderful. It just came out but will likely go OOP before very long.

Ovation are an interesting company I think because I believe they were the first to invent the piezo pickup which made acoustic guitars much more usable on stage with amplification especially in a rock gig so they were all over many 70’s and 80’s rock albums. My copy of ELO’s ‘Out of the Blue’ credits them and REO Speedwagon were big users. In recent years the fashion has turned towards Taylor and Martin again as they have caught up in pickups but I still love the fact that Charles Kaman a composites engineer who normally designed helicopter rotor blades set about redesigning guitar technology around 1969 and threw away the rulebook to come up with his first Ovation prototype. No other acoustic guitar looks like them or quite sounds like them and I still think they are the coolest designed acoustic.

Great to hear what a guitar very similar to mine can do in the hands of a master! I love the fact she recorded this very simply sitting in her kitchen and it’s incredible:

Magnificent set up. The shirts that is… COYS

I realise someone will tell us to discuss this on the ‘best guitars’ thread or whatever it was called, so I apologise for following the diversion.

I used to play a Martin D18, but couldn’t get a fast enough action, even after having the bridge shaved. I have had five Taylors (including a T5 Koa), all of which play better than Martins or Gibson acoustics, but the acoustic I still use (and have done for the last 15 years) is an Ovation Custom Legend. It plays very much like an electric and, with a solid spruce top, sounds like a true acoustic too.

Anyway, I’m off to start a guitar thread.

Well they aren’t originals, knock offs bought on line we have another downstairs.

Well they aren’t originals, knock offs bought on line we have another downstairs.

You can buy a brand new Eames chair here in the States from Herman Miller, and it’s the real thing. I wanted one for my loft space, but didn’t find it all that comfortable to lounge in. So I bought a Stressless brand chair.

You can here as well but the prices are over the top, and you’re right they’re not that comfortable