Talk me out of Harbeths

This seems like a thing - every few years, I buy some Harbeth speakers, only to sell them off a few months/several months later.
Can you guys talk me out of this before I spend more money. Thinking of the P3ESR range - but have too many speakers already - and will probably sell and lose money again.
Sold my Kudos X2s, so do have space.

The application: I’m in conference calls/meetings all day long - 8-9 hours a day. I’m telling myself that these ‘natural’ speakers will reproduce the human voice better, making it less fatiguing to listen to people all day long.

Plan is to put them on my desk, on either side of my monitor.

If anything COVID and WorkFromHome has made my life even more hectic. Just one meeting after the other… New role as a manager since a year - so still learning the role…

I thought the Harbeths make you feel sleepy?

PS: I think the Harbeths love power, the more wattage you give them, the better they sound.

Statistically speaking, folks living in Seattle tend to feel more depressed than other areas in the US. Maybe it’s good time to move to some sunny areas like Tucson, or southern CA?

Indeed, human voice it is very difficult to beat Harbeth. Very close to real and fatigue-free. I recently bought a pair of Marten Duke 2 and as good as it gets there is still something missing with human voice. Also, rock music sounds a lot better through the Harbeth than Marten, which is rather surprising.

I have not been listening to the Harbeth for few months now after I got the Marten Duke 2. The Harbeth and Naim amps (282/HCDR/250DR) are temporarily placed aside for several months already. Although I have not been listening to the Harbeth and Naim, I won’t sell the lot as I know I will go back to them one day. It’s just a matter of time. All speakers and amp combinations have their strengths and weaknesses and I love to have a bit of change once in a while, to swap speakers and/or amps to have a different listening experience.

11 years more of this job and I can afford to retire at 55. Should start scouting for warmer areas.
Who knows - in 10years global warming might make Seattle inhabitable and other dryer places less so…

PS: I think the Harbeths love power, the more wattage you give them, the better they sound.

Yes, I share the same observation with my SHL5+. The speakers sound pale, flat and lacklustre with smooth sounding and/or low-powered amps. After reading all the glowing reviews of the Sonneteer Orton(the Harbeth-Orton is claimed to be a match made in heaven), I bought the Orton although I was getting very good results with the 282/HCDR/250DR. It turned out that the Sonneteer Orton didn’t perform as well as the Naim separates, and I partly attribute this to the lower wattage of the Orton. My previous experiences with low powered integrateds driving Harbeth SHL5 such as Nait XS also produced the same result.

Why not ProAc Tablets?

Harbeth = ‘natural non-fatuguing’ voices. What I need for confcalls all day long…
Probably is just marketing hype though

I have lived in Massachusetts, Florida, South Carolina, Texas and Washington State. I have also worked for companies where the headquarters were based out of St. Louis, Chicago and San Francisco plus worked on projects around the country that normally lasted 6 to 12 months including Arizona and Southern California.

My personal experience is there are a hell of lot of more undesirable and depressing places to live in the US. Seattle is not one of them!

…and to stay on the topic of the thread, I would say jump on those Harbeths. With the system you have perhaps you should forget the P3ESR and pick up the Monitor 40.2 speakers. At least see if you can get a pair to home demo.

Best of luck with your decision and enjoy the journey!

@MMky Baiting me indirectly AGAIN re my $900 (new) KEF Q50s! I swear, they have delivered on every upstream upgrade. I want to be ashamed of them, but remain underdog-proud.

Rather LS3/5a than Harbeths, Falcons or Graham/Chartwell. Have a look at Art Dudley’s Listening 199.
Of course I don’t know if you already have a pair but if not it would make a change from another pair of Harbeths.

The P3 ESR are lovely speakers , but they need oodles of current to sound their best .

I wouldn’t use them in that configuration or for that purpose,

I have them and like them very much, but they are a horse for the course speaker and I don’t think is home office environment is that good for Harbeth and Naim.

It ‘s very common at the moment , hold in there .

Interestingly, I did a number of comparisons of my very early gold label Rogers LS3/5as against my SL2s. Yes, in many ways a totally unfair comparison, but what I wanted to see was whether the LS3/5as strengths - i.e. voices, midrange and overall coherence - could be approached or even matched by the SL2s. In the end I felt that the SL2s were at least in a similar quality ballpark as the LS3/5as for voices and overall coherence, but also streaks ahead everywhere else. They were really quite enlightening comparisons and in the end I saw no point in holding onto the LS3/5as - although I do admit that an offer I couldn’t refuse from the Far East did mean I sold them on rather than put them away in the cupboard again… 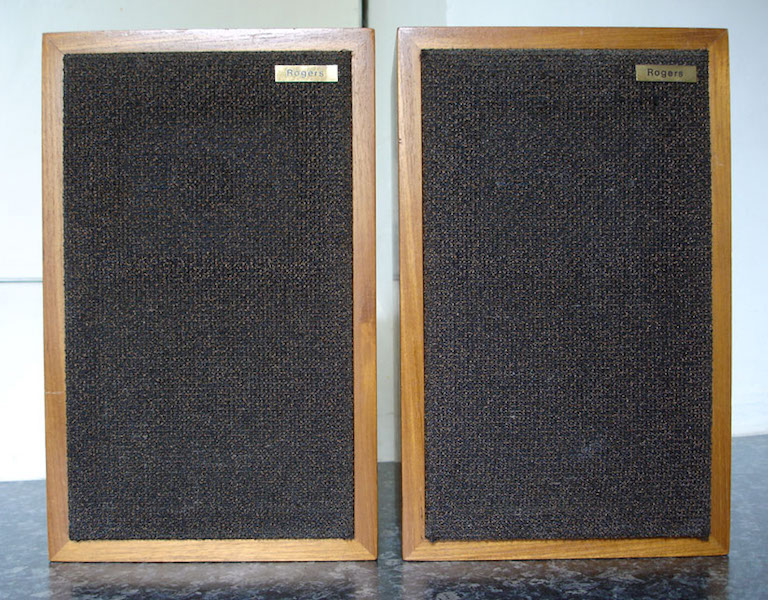