Tea - what are our favourites, how do we have it?

There was, but it closed down. Two months seems quite short on keeping these things open.

I can’t stand it with sugar - even 1/4 teaspoon changes the taste significantly.

I find I’d somebody else has tea with sugar - and uses that same spoon to stir mine (notwithstanding my already being a bit wary, because - well - somebody else is making the tea) I can tell if they’ve stirred my tea with the same spoon. I’ve become that sensitive to it.

Funny - I used to have 3 sugars when growing up. Stopped in my late teens.

My brother did too - now no longer has sugar, says he doesn’t enjoy tea anywhere near as much as he used to but can’t go back to having sugar. Ruined!!

Something bog standard like Tetley, brewed in a china mug (must be china and I don’t think we have a teapot) semi skimmed milk and a sweetener

A filter won’t change hardness, or is it a softener (adding sodium in place of calcium and magnesium), or deioniser?

Incidentally, boiling the water for a few moments should be enough to remove any residual free chlorine, unless it is very heavily chlorinated, or do they use some other disinfectant in your area?

I’ve never really got the “Hard Water” blends of Tea - There is a Yorkshire Tea version of it.

Despite living in a Hard Water area (Mid Buckinghamshire) we just filter the water and that’s fine.

Yorkshire Tea made with proper Yorkshire soft water - so Leeds, Bradford rather than York (disgusting water there!) is something to behold…

Exactly the same here - I used to have 3 heaped spoons until very early 20s, (Only later did I recognise that that was probably the reason for my bad teeth compared to my siblings who either had a lot less or none - sweets were a rarity as kids.)

While Yorkshire tastes good, the bags contain plastic so that rules it out. We have Clipper fair trade organic. It’s not only delicious - much nicer than Yorkshire - the bags are plastic free so can be composted.

Following a previous tea discussion, when you mentioned Clipper, we’re converts to the Clipper tea range - very tasty and the lack of plastic in the unbleached bags is a real bonus.

Can’t recall seeing it before.

Same question as my post 10 minutes before this re filter?

I grew up in Thames Valley, with nigh on the hardest water in the country, so I learnt that taste as normal - and struggled to enjoy tea when I first went somewhere with soft water, though I found a tea that worked. Oddly I remember my mum always bought PG Tips - so I don’t know if the blend I use now is different, suiting the soft water here, or if I’ve just adapted: I can’t remember what we used in the place we lived before moving here where the water was middling, but it wasn’t PG, and after moving here we went through a number before finding one that worked well …PG! 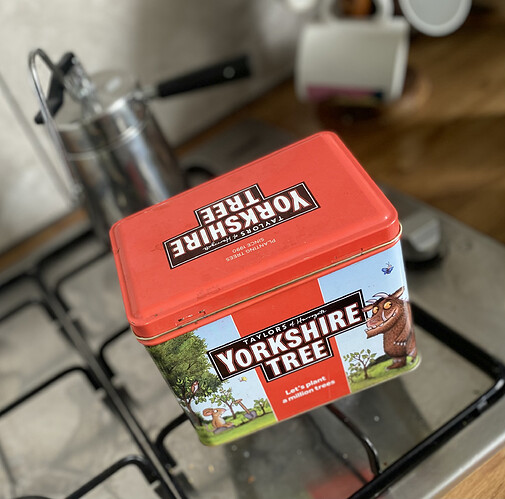 I drink at least 10 cups of tea a day, and this, superstewed (a little milk, no sugar) is my preferred option, though I’m also partial to Clipper or Twinings Earl Grey. 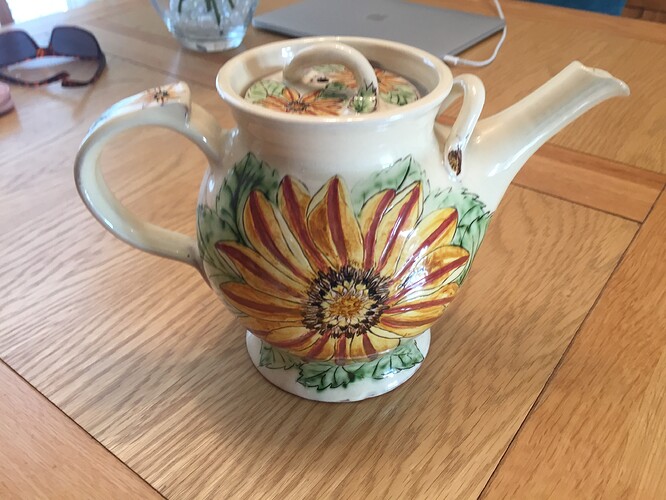 On special occasions I get this out.
A big pot enough for 4/6 cups. 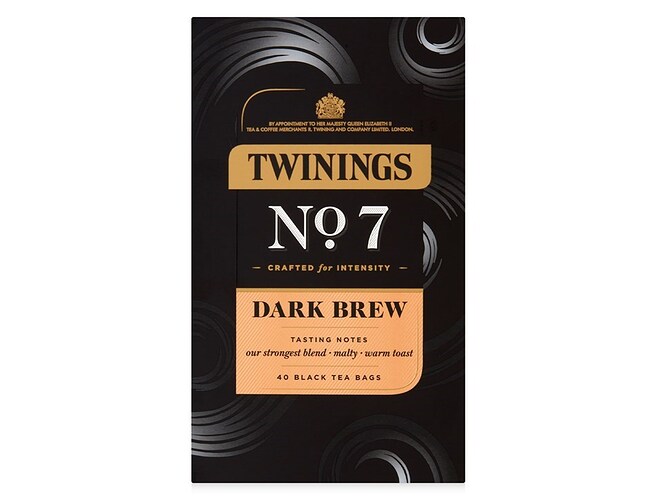 In the UK I usually drink a small mug of Earl Grey, made with loose leaves and without milk or sugar.

When in Turkey, I drink many glasses of cay a day, ideally sat with friends enjoy a chat and watching the river.

Innocent that I AM…when Brita claimed that their filtering process would remove the limescale from my kettle I thought it was taking that offending compound out of the tap water and that was what was causing poor tea quality. The tea certainly isn’t as ‘scummy’ after filtering. The water stinks (used after consideration by me any many others) of domestic bleach. If you leave it overnight the smell does dissipate somewhat.
The water supplier will not tell us why the smell has recently gotten worse only that it is within legal parameters.
N

Same question as my post 10 minutes before this re filter

On special occasions I get this out.
A big pot enough for 4/6 cups.

Have I watched enough episodes of Antiques Roadshow to say “Majollica” ??

Not quite. An Arts and Craft type from Jennie Hale. We have a few of her quirky pieces. Hard wearing and not too pricey

Always good to reboot a thread …
To recap, growing up we drank a home blend of Indian and Lapsang Souchong; it brewed on the Aga all day. Of course, milk and sugar were obligatory.
Some thirty years later I stumbled on a loose leaf tea shop in Budapest; they weighed the tea precisely and timed the brew to the second. I was hooked: Margaret Hope Darjeeling.
Ok the drink by date has expired, but it’s a great tea, and I get three pots out of one 4 gram measure, and I buy in bulk once a year. Ok to many it’s a weak tea, but I find it refreshing and invigorating, even when cold. 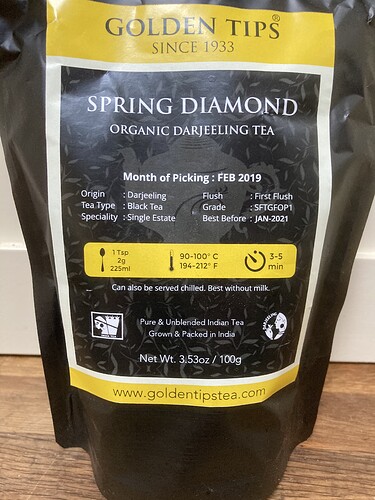 It is lovely. It does up to six cups of classT amplification, but is just as happy making one and a half mugs for me. It has a brilliant frequency response with a slight lift at the top end. It is very happy with a range of equipment, but a decent strainer improves the flow. Just connect it to some boiling water and let the magic happen.

It was made to order to match the mug which I bought at the Art in Clay event, which happens at Hatfield House. The mug matched the colour of my car at the time, my much missed Fiat 500, which made me go and look at the potters work.

Sheila Madder is the potter. She has some social media links. I love her work and buy it to give as presents. 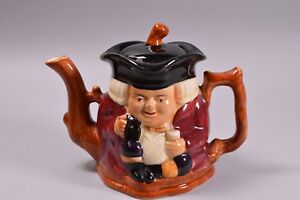 I’ve been on the look out for a nice Tobyjug Teapot. Not come across any that appeals though.
Maybe I should get one commissioned.

My favourite tea is English breakfast, made with loose tea. Not tea bags. We stopped using tea bags last year when I found they were made of plastic. I’d been putting them on the garden and in the compost bin, I realised last year why they weren’t composting.
I love tea and I’ll try any, there’s some I don’t like, I am a Yorkshire man who doesn’t like Yorkshire tea or Russian Caravan, Lapsang Souchong and Oolong.
Last year I decided to buy three different caddies of tea from Fortnum and Mason, lovely tea and I have three tin caddies, one with Asda loose tea in at the present.
I am a tea monster.