One of the interesting things about this year is that so many of the iconic films of my youth (Top Gun, Terminator) are seeing resurrection. I was 15 when the first Terminator film came out in 1984 and suspect it was a couple of years later I actually saw it.

Just been to see the latest Terminator and the imax in Chichester and enjoyed it although I would suggest that it’s still a long way behind the first two. My main objection is to the fact that the action scenes are pushed just too far so they become implausible, the cuts are too fast and things like car chases are so extreme they no longer seem real. It’s a trend that I’ve noticed in other films too - Jurassic Park etc. If you watch the original Terminator film some of the most tense scenes are for example when Michael Biehl playing Kyle Reese breaks into a clothing store to get trousers and sneakers pursued by a Terminator. That scene is very very quiet and subtle but nail bitingly tense. I think film makers seem to have lost the art of putting in scenes like that before building up to the big climax. Films nowadays are just a series of action set-pieces with very little between them and everything is turned up to the max.

Lovely to see Linda Hamilton back though and to see an older actress in a lead role. Arnie does his usual Terminator nice guy role with some great humorous moments!

As a lover of the franchise I enjoyed it but I did come away thinking that just because CGI can do anything on screen isn’t necessarily a reason to do it!

I saw this, and really enjoyed it, of course different from T1 and T2, but a good movie nevertheless.

Not really much addition to the Terminator world created by James Cameron, and that is where maybe they could or should have added more to this, given the immense possibilities, but maybe they are saving this for future movies.

I hope there will be more Terminator movies… directed by James Cameron himself.

For me the sheer scale of the action was to show how dangerous a Terminator machine is, and this was achieved, I think in the way expected of a movie in 2019 (compared to Avengers endgame)

The score of T1 and T2 was missing, the musical background was a big part of those movies, sadly not replicated in this movie.

I fondly remember Aliens 2, and Mr Cameron never made another one, maybe the movie was so great, that there could be no future sequels, that can touch Aliens2, or Terminator 2?

I think the Sarah Conor Chronicles takes the world built in T1 and T2 to another level, and I was hoping that this could and should be the conclusion.

Thinking about it, after 3 decades, there still is no final battle between Humans and the Machines. That is what Marvel Avengers endgame did so brilliantly over a decade, and in my view, is that way to do this (give or take a few things)…

J - I think the art of action film making has been lost to the school of computer gaming - and often things like continuity get lost in the mix. Suspense is built by the question of ‘what’s going to happen next’ playing in one’s brain rather than getting the instant gratification of the answer, the ‘answer’ often being an act beyond reality (which my brain rejects as a viable answer!) and borne of CGI.

While I like a trip to the cinema, the constant flashing of the screen is often too fast for my ageing eyes and I wonder whether some of these types of film should come with a warning for many with medical conditions vis flashing imagines, as these are far beyond what comes on the news programmes.

Haven’t seen this film yet, but agree with everything you say about cuts too fast, too far fetched, etc on many action films.

The film makes ABSOLUTELY NO SENSE to me; and no attempt to explain the chops and changes in timeline.

I agree with the comments about action scenes being too closely cropped and stretching credulity beyond reason.

Terminator should have ended with T2, everything since has damaged memories of two great movies.

As Alien 3 poisoned that series, with the rapid death of Newt, this movie repeats that appalling lack of judgement.

The same with Monkeys planet. The first was incredible, but the others were bland. The 2 first Alien were wonderful, as the 2 first Terminator , and the first Predator.

As if to show that we all have different taste, although I agree with the opinions above about the Terminator series, I find Alien and Alien 3 excellent: dark and suspenseful. Aliens, on the other hand looks and sounds like it was made by a nine-year old boy with an unhealthy obsession with toy guns. It also has Bill Paxton doing the worst acting of his career.

I agree about taste, but I also remember my visceral disappointment when I saw A3 on its opening night and realised they had just killed newt; something that the film never recovered from for me. I DID like the switch in feel, and the presence of some great British character actors.

I DO like my films to be internally consistent, set some rules and abide by them, OR explain the gap. This Terminator film has huge logic holes and doesn’t even acknowledge them. Even Avengers Endgame, which was also flawed, tried to distract you with a lot of verbiage and hand waving.

Another reboot from 1984 is the new “Dune” coming out next year. Directed by Denis Villeneuve, who did a great job with Bladerunner 2049 - it should be awesome.
Supposedly more following the books to be more epic than the lynch version, maybe set within two movies.
I still love the 1984 version though. Despite its many shortcomings.

Yes, I find myself watching Dune from time to time, despite its obvious flaws. As with many film adaptations it lacks the time needed to build the familiarity and narrative weight. Glad to see the new film is part 1 of 2.

It can’t be much worse than the original version, which did the book no credit at all.
I agree with others’ comments about films being too fast and furious. This is nothing new, though. I loved 2001: A Space Oddity for its serenity and steadiness, and disliked Star Wars because it seemed to rely on speed and cuts to distract the viewer from the various flaws.
(I’d better hide in my bunker, now, I suppose)

When Star Wars came out I was a real science fiction nerd, probably still am, and when asked my opinion stated that it was, ‘A Western set in space with fantasy elements’; I haven’t changed my mind.

2001 is a film with some great effects, and a real emotional kick with HAL …but, I have always found it a complete snooze fest, only marginally more watchable than Solaris.

In 1981 I was living in Brighton and there was a fleapit cinema just round the corner that played OLD double bills …on the BIG screen. One performance was for ‘The Forbidden Planet’ followed by 2001, what a juxtaposition! And I know which I preferred, despite the hammy music.

My turn to head for the bunker.

Perhaps we could share a bunker and watch old scifi movies…

I want someone like Netflix or Prime to do a big budget TV limited series based on an Iain M. Banks Culture novel. I think that could really be something.

Kind of, but like others have said about other works they like in other threads, there is absolutely no way this could live up to the books!

Talking of old sci-fi movies I strongly recommend 2010 Odyssey 2 - magnificent film and a worthy but relatively unknown sequel to the first which significantly moves the story on and retains indeed I think increases the majesty! One of the finest sci-fi films I have ever seen. 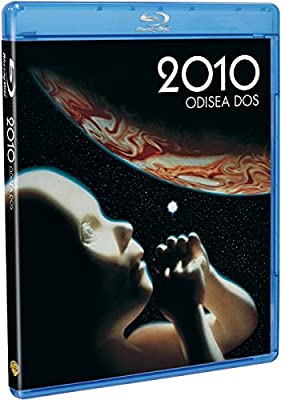 Blame pop music videos for the trend of fast cuts in the action film world.