Can someone give me much needed advice on which spikes/boots or puckies reduce floor vibration and clean up low end rumble? I have tripod speaker stands on 10mm spikes with stainless boots at the moment. Also is equipment such as cdp, amp or freesat player, ps4 pro really worth spending money on little dots like Herbies or other silicon boots. I usually use large wooden blocks or trianangular blocks but not sure if these are the best in transmitting less vibration? Thanks! Oh! My stands are on carpeted floor-boards so plenty of noise getting through to the neighbours house! What i want is the best hi performing de-coupler spikes such as soundcare or herbies puckies. Any experience with these, thanks!strong text

AV Roomservice produces the Equipment Vibration Protection “EVP” footer. About $105 each and you need four per speaker. I upgraded to these from the Herbie’s when we got the K6’s because you get more bass from the K6. It is a subtle upgrade. You may need only three with your setup but be sure to take that into account in the weight calculation. You may need a larger EVP.

Herbie’s Audiolab produces the Giant Fat Glider. $23 each and you need four per speaker. You may only need three. These are a great buy. You can hear them working immediately. They also slide to facilitate adjustment of the speaker. 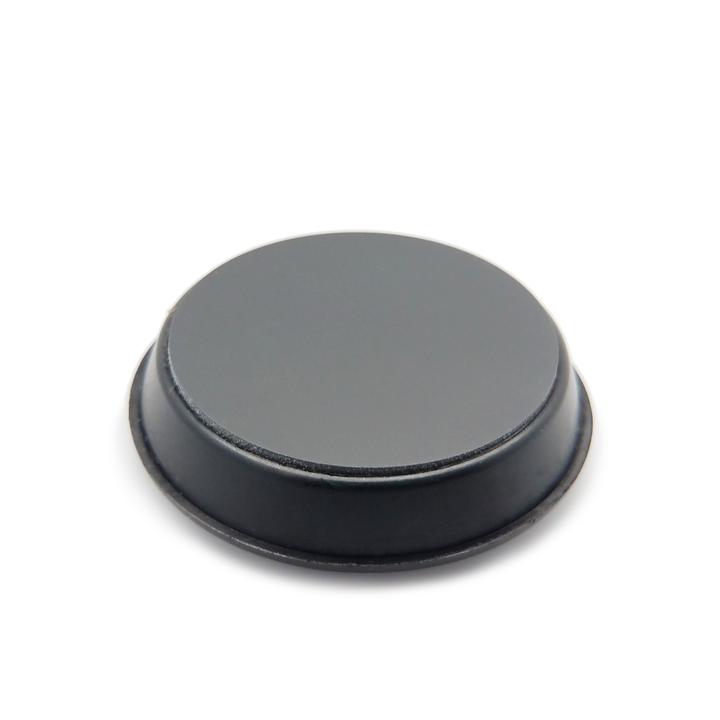 Either product causes the sound to float in the room and takes the ring out of the turntable when the volume is very high. They are the opposite of spikes. They go between the speaker and our hardwood floor which is suspended over a crawl space.

I would never put such a footer under Naim gear. We did rebuild the Verdier using Herbie’s material for the footer and turntable mat.

Thanks, I’ve lookes at some Herbies products but there’s so much to choose from. The EVPs look far too bulky i really just want a puck or flat plate like the giant fat slider and the SDS isoplat metal sandwich plating looks interesting too!

Hi Henryski,
This thread may be relevant for you:
Speaker Isolation

The Gaia feet have worked a treat for us and also for several other members of the Naim Forum. Are they better than Stillpoints or Townshend platforms? I very much doubt it but they are priced above a level that we can comprehend.

+1 for the recommendation for isoAcoutics. They make great products and I use a set of their Gaia II isolation feet under my big Dynaudio floorstanders.

+1 for the Isoacoustics Gaia’s. I use the under my proac D30s, and they have provided a great upgrade in my system, eliminating resonances from the suspended wooden floor, and improving dynamics and imaging. Superb.

Doesn’t the fat glider have some recess for the spike point to sit into when used on it’s own or can i put it under the spike shoes/boot feet in effect adding another layer of isolation. I wonder if this will be more effective.

Keep in mind that not all vibrations are bad vibrations. Sometimes isolation can be over done and you end up with a dead boring flat sounding system, or you get more of one thing but lose more of everything else. Imo naim sounds best on glass aka fraim rack /mana. I wouldn’t go down the path of dots,wooden blocks or any other sort of so called magic isolation rubber, it seems to suck not only the life from the rack but also the box and of course the music The feet that naim use are design to be placed on a flat surface and will give the best naim DNA results.
Your speaker problem is where you can get some benefits. If you can get hold of some engine compression springs/ valve lifter springs from a car wrecker wash them first😉 then place them under your speakers stands/ speakers carefully,some really larger benefits can be had. They act as a bypass filter. Look at townshed audio essentially they are just tuned springs in sheep‘s clothing. A couple things you need to know is…experiment with different size springs, we found the larger ones work better on heavy speakers and smaller work better on lighter speaker boxes, it easy to discern the differences as there is so much to be gained by this. It’s almost like another box if done correctly. Yes I’m sure you are thinking what about the stability. It’s not that bad they do rock a little when touched but not like it’s going to topple over unless you give it a good push. I know you have a tripod going on. It’s a very very effective and very very cheap upgrade and will probably blow you away. Have done this to some b&w cm9 s2 and it was a very very nice upgrade.
Another thing to do is pull your carpet back and double or triple screw your floorboards down, big hassle I know but it will help. A more expensive alternative is to get room treatment.
Good luck

You have a similar thread to another person on another forum. He made his own cheap suspension holder by using small bike innertube around a canle holder or tea tree holder with a coach bolt on top of the rubber tube. In effect the tube acts like a trampoline or suspension system but it does sound very wobbly and unstable, so not to sure, but definately cheap though.

Really it’s just the speaker stands i want to get right and not anything else. Anyway all my equipment is on wooden cones (both consoles) and my freesat player and Nait amp are on very large hardwood walnut blocks. They measure 40mm by 40mm by 40mm so are quite big. These have not weakened the sound in any way, maybe in fact have improved it but i’m done really with my AV frame and all kit on it. So really just the stands.

Yes after writing all that I had a look at your system (with respect) then realised what I said is way more suited for a bigger naim system. But do try the springs under the speakers it rather good. Sorry to say this as you would of posted it to start with, but to be sure I take it when you say AV rack do you have a sub woofer? if so that’s only for watching movies and the like. I know obvious question😳

No subwoofer at all as i’m quite happy with the bass from my B and W 601 s2 speakers. In any case i will be upgrading shortly to the B and W 606 which are quite an improvement, and better bass as these new cabinets are soo much deeper than mine now.

Ok, so the location of the speakers in the room will have a lot to do with it. If you can fill your stands with something like shot or oil and sand mixed will help a lot. If you can’t fill the stands I would be looking at some alternative stands that are heavier and can be filled. I personally like the stainless steel bolts into the floor with spikes from the speakers/stand. I had a similar issue as you, I ended up throwing a bit to much money at it by sound proofing my room with sound gib and noise batts, heavier double glazed windows.
If your listening room isn’t solid you will find it hard to fix. One way to identify the week walls is to get a tuning folk @440hz (“A”the middle note) give it a tap and place the single end against the wall. This will be amplified more so on the problem wall(s). I know maybe a little anal… another way is to move things around to mix up the offending waves. Remember sound waves transfer Energy so if it’s going to be able to get at a sympathetic surface it’s going to move through it to your understanding neighbour.

The Fat Glider we have does not have such a recess and ours takes the place of the spike. There may be other products which mate with the spike, like a Fraim Chip, but not the Fat Glider.

Flat, Recessed with a choice of brass, SS or Ti cup, or with a threaded stud.
I have Thiels in a third floor apartment in France and use the small recessed ones with brass cup. The speakers sounded really harsh in the treble when I first put the Gliders under them but mellowed out after a while, we didn’t visit for three months so I don’t kow exactly how long but they were fine when we did come back. They don’t drain the life out of the music, I can’t vouch for the fat ones.

So do you reccommend the fat glider more than the normal siized one. It does say that it can work or isolate up to 4 times as much vibration as the regular one. Do the de-coupler puckies/boots work as well as the fat glider as these i see would work with my current spikes. I’m not sure which one to try and which one will work better. My idea is that the screwed in fat glider would work better as it seems to offer more rigidity before being decoupled/isolated. A difficult choice. Could i return them for a refund if they don’t produce the sound upgrade and bad floor noise bass reduction i’m looking for?

You may be right. I just ordered the Fat Glider and have been happy with it. It also allows you to slide the speakers around the floor, so that is another benefit.

Did the fat glider make an im provement in SQ considerablly or was it subtle only.
And the fat glider seems really expensive for what it is, the 10mm version Giant is 35 dollars per piece so thats 6 pieces costing around 200 dollars plus postage. Around 200 pounds just for some high technolical stand spikes seems an awaful lot of money.
Is it worth it?

The speaker itself vibrates on the stand top plate when volume is turned up. I can feel the vibration going through the box quite a lot and so the top plate could do with the audiolab square dots which go under the speaker. This give an exxtra layer of isolation and vibration control both vertically and laterally so it’s much better to do both things with regarrd to the speakers bottom and top.