The Blue Nile might as well never have existed! It’s all very odd indeed.

Thanks for the suggestion. I’ve had a look, and even tried to order a couple of LPs, but I find the site completely impenetrable. It’s a sort of digital chastity belt.

The search is maddening, and I’m giving up with my sanity (almost) intact.

Things should not be so flipping difficult in this digital age.

It’s still a mystery how these records, which were once popular and sought after by those in the know can have vanished so completely.

Maddening to think that some retailers will be sitting around somewhere with unsold stock that they are unable to sell.

I was first played the single “I love this Life” in the Edinburgh studio where they later went on to record Rooftops. Hooked from that moment.

The search is maddening, and I’m giving up with my sanity (almost) intact.

I tend to use Google to search with discogs appended, that usually gets me to the right album. Then search around various pressings on their site.

Some on the auction site.

Ridiculous bloody group, if they can’t organise themselves to keep their records on sale! Why record the wretched things in the first place?

Sadly the days of picking up a mint LP copy of AWATR or Hats for under a tenner are long gone. The cat has long been out of the bag that these were not only wonderful records with some of the best music of their time, but also had superb sound. So prices have been pegged accordingly. Ironically the vinyl reissue campaign of a few years back (together with an overall increase in interest in vinyl in general) only increased the price people were willing to pay for the originals. IIRC, when they reissued their LPs a few years back they issued 1000 copies of each. You can still find new sealed copies of the reissues being sold by some resellers but the prices have crept up accordingly (over £100 in some cases I see). However, for around £60 you could have an excellent condition original AWATR, and I reckon that’s probably the smarter choice at the current time. 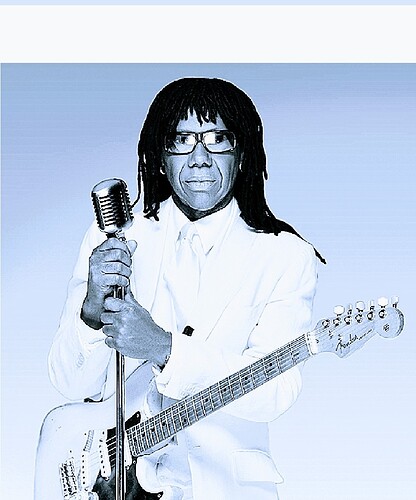 This who you mean?

Thank you, Richard. I’ll have another go at this when I get home next week (I hope). Do you know if I should be searching with Linn dealers or record shops?

Ant help will be most gratefully received.

Forget this was originally released on linn records; it’s record shops you want, and more specifically, record sellers. Discogs is your friend (as has been mentioned). E.g. One seller in the UK has 3 copies of “rooftops” and 1 of “hats” though the latter is pricey.

If that is a question for me, I have no idea who it is (or indeed whether it’s male or female, or something in between).

I understand that you are trying to help, and thank you for that, but I just don’t ‘get’ the technology. If I could do the search as you suggest, I would do, but I don’t understand it, so I can’t.

I was going to suggest that may be a remote possibility, my Glasgow Naim dealer, Loud and Clear, sell select vinyl and also have a very good relationship with Linn, might be worth a phone enquiry to see if they have any, I’ve seen them in the past in store.
It was them that did the PJ Moore pre launch listening session.

Thank you, I tried Loud and Clear, but no luck there.

Any other suggestions grateful received.

I suppose someone had to do it…

Monorail Records Glasgow helped the Blue Nile at the start, maybe worth a call ?

Try typing discogs blue nile into the search bar of your browser.

When you have The Blue Nile page it is easy to pick out the LPs you want.