With various mainstream speaker makes getting prominence in the forum I thought I would add a little Australian goodness from the niche, yet highly regarded, manufacturer of what can only be described as ‘The Dog’s Brigadiers’

I already posted on the ‘new gear’ thread but I thought I would bring them further out into the open. If you are looking for an alternative to the mainstream brands, or just want high-quality without sacrificing real-estate, then these are worth evaluating. Only a few dealers in the UK, Germany and NZ, a few more in 'Straya of course.

Thre are positive reviews on HiFiPig and Stereonet UK, and blogs from a couple of dealers. Indeed it was one of the aforementioned UK dealers that alerted me to the Brigadiers, but I was fortunate to find a pre-loved pair lurking in Essex. 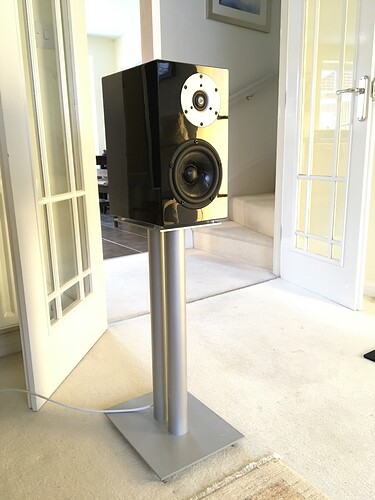 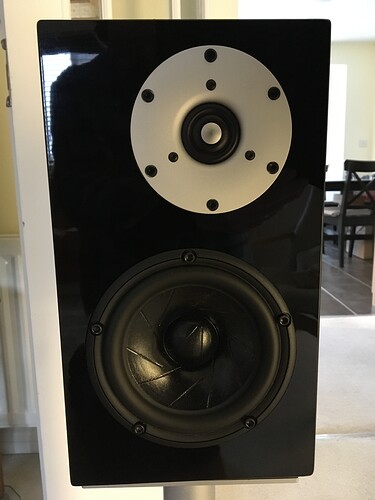 I’ve had a look at the Hifi Pig review and it’s positively gushing. The speakers certainly look good from the review but at £5,000 you’d expect good sound. There is a special version for £8,000 too.

With speakers of that quality I’d be looking at better stands. Those with thin central columns aren’t very stable: I noticed that the manufacturers recommend the Solidsteel SS6 which, being a tripod design, is very stable. The black or raw versions would look better aesthetically too.

I recently heard a pair of these amongst a selection of several other hi-end stand mounts on the end of a Naim 500 amplification.

The sound they produce certainly defies their diminutive size doesn’t it! Ultimately, they weren’t for me, but I can see how some will be attracted to them. They do appear to be few and far between here in the UK, so you did well to pick up a nice preowned pair and they’re looking good… enjoy!

Nice, the driver looks like what is used in the TuneTot. 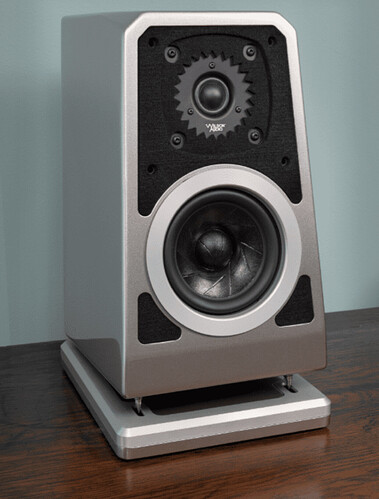 If you look at the Serhan & Swift website, they explicitly mention that it’s the same driver as used in the Wilsons. Maybe a bit of quality by association going on.

the driver looks like what is used in the TuneTot.

They are Scanspeak Revelator’s.
I have them in my speakers 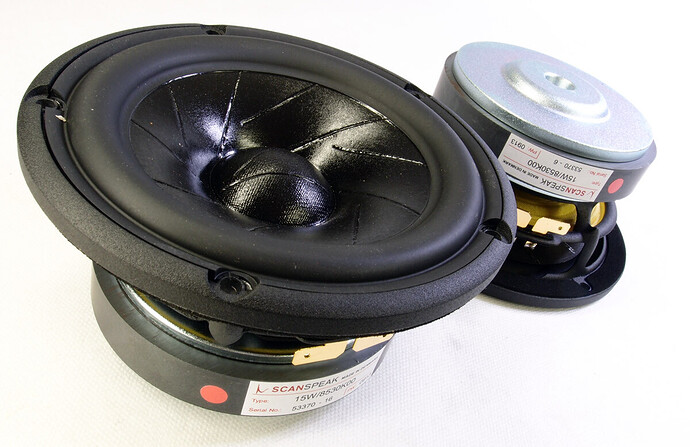 I paid substantially less than £5,000 for these, presumably because of the low UK exposure - until now ! The outgoing owner (a hi-fi retailer) has apparently acquired a pair of the SE version of these for his personal use. I was considering standmounts such as the Kudos Super 10A until these came up on that auction site.

These stands are from my previous (2017-18) Linn Majik 109’s (which have a similar footprint, the pillars are hollow), and I will get a pair of the SS6 (probably in raw) to trial from my friendly audio-therapist - who tells me he has tried the Brigadiers with three different stands, with the SS6 coming out ahead. Said therapist also told me of the Wilson connection on the drivers, e.g. with the Tune-Tots which are substantially more expensive again.

I like the report that Sirhan&Swift test, match & select the capacitors for the cross-overs, in a not dissimilar way to Salisbury, maybe.

Now you are a happy owner, do note that’s it’s Serhan rather than Sirhan. You don’t want to upset them! It must be nice to own something a little different. I thought I was being relatively original with my little ProAcs but it turns out that loads of Forum members have them. Still, nobody seems to have them with my stands.

being a tripod design, is very stable.

Also easy to level as well…

When you are an expert with the spirit level, no challenge is too great.

It was the ProAc thread I was thinking of when I started this one, partly to see if anyone else had gone along the S&S path with Naim.

Up until now I have been ‘source first’, spending disproportionately on the front-end - I was content with my ATC SCM11’s for two years, up to and including with my SN3 (late 2020) with good digital sources over recent years.(e.g. ND5XS2, then Melco N1ZH/2, Hugo TT2, OpticalRendu); then I went ‘Classic’ in the last 6 weeks, including the NDX2, and the Brigadiers became the final step for me (step but one as I bought a Supercap 2 two days ago) to bring the system more into alignment.

I have a small/medium (5m x 3.5m) listening room in a modern terraced house so I wanted to continue with standmounts, using them at low/medium volume (at which the Brigadiers excel) + headphones for late evening.

Lockdown means less auditioning, and speakers are very much an ‘at home’ determination; If the Brigadiers hadn’t come up, I would have been home-demoing via the excellent dealer (Naim + other brands) who have genuinely helped me recently with ship-to-home demos. So I was actually reliant on the views of the guy who retails S&S (and Melco, Vimberg, Avalon, Vitus, T&A) on his own account, who has been a good sounding board & Melco/Tellurium/Entreq supplier over recent years…

With various mainstream speaker makes getting prominence in the forum

You are right about mainstream speakers being what most people use. Like you, I however am drawn to obscure brands that do not get much attention. I used to own Taksim reference 3A’s, and currently Peak Consult speakers, which not many have heard of. I also have owned many Dynaudio speakers, Paradigm, Focal, Bose, which I consider mainstream.
Honestly though, it is these obscure brands that have sounded the best to my ears. The one brand standmount that I have always lusted for from an obscure company is the Trenner and Friedl Art moniter. Any review you can find on them is always very positive, I hope to own a pair one day, good luck with your new speakers.
Here is a photo of the Trenner and Friedl.

When this 'rona lockup is over and shops become real again, I’m going to listen to these. They should be in the ‘Looks or Sound Quality’ thread. They are drop dead gorgeous and sound rather good if the reviews are to be believed. They are my ultimate small objects of desire. 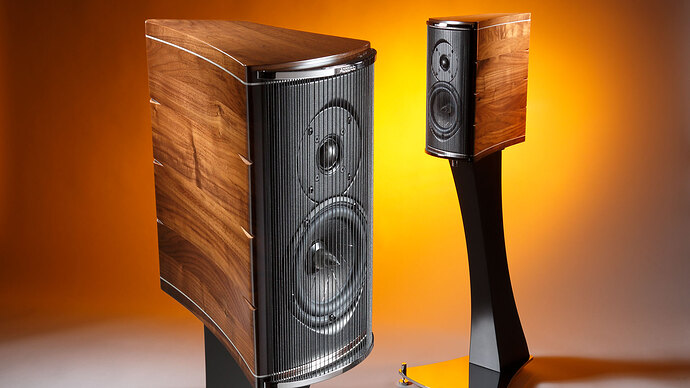 These were amongst the stand mounts I alluded to in my earlier post; for me, the Accordo’s were quite special and the only speaker that really made me consider changing my fabers. I preferred them to Wilson Tune tots and Magico A1’s and I felt they did more of what I wanted than the SF Guarneri Tradition. Problem is, that may all change when I get them to try at home, but that may be a while yet! The FS Accordos are special though, no doubt about it.

Those Accordos are like a modern sculpture. The review I found is very promising.

I did a brief dealer demo of the Magico A1s a while ago and they are pretty good too; the trader from whom I bought my Brigadiers has just changed from Kudos 505 (another one on my shortlist) to the A1s for his personal use.

I heard the Brigadiers at the HiFi Lounge a couple of years ago - quite astonishing sound.

I quite had bought them 10 years ago. Very nice and superb sound too.
One coin: lack of bass .