Another outstanding FolkEast festival this year… great artistes across the spectrum of folk and dance including favourite local artists, artistes, groups and sides.
For me the highlight was hearing Kate Rusby on the sunset stage… wow… truly superb 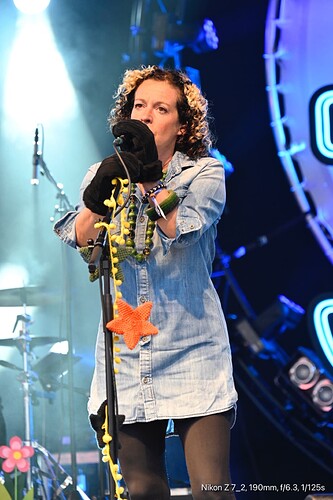 It was a chilly evening on the east coast… so she wore her mittens … bless.

She wore her mittens when she performed in Cheshire too

Roon picked this out for me just now. 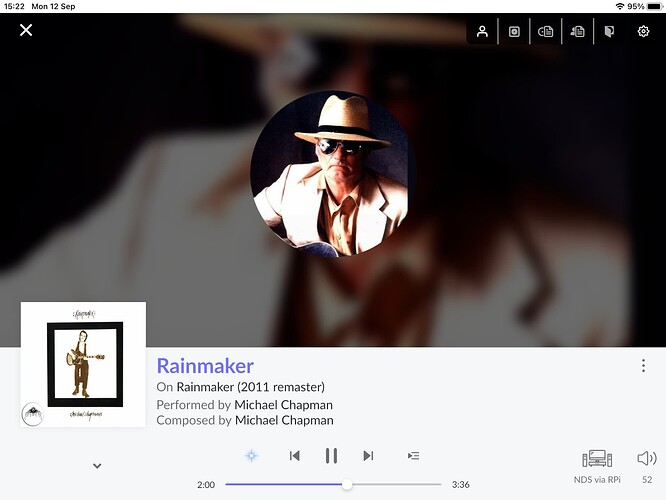 I’m still exploring but I’m hopeful as on first listening I’m enjoying the rain. I’m not sure how I’ve missed his work; he died last year with some 40 albums, over seven decades, to his name. This acoustic album, from 2017, is worth a listen: 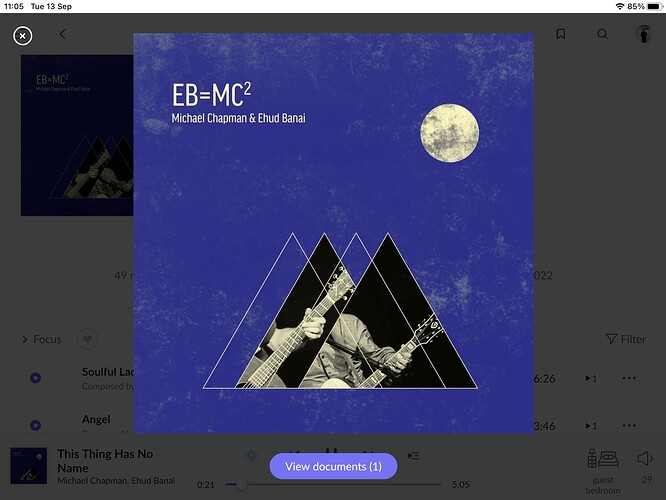 In case anyone is wondering how British folk music is classified I borrowed this useful guide from another set of social pages. Being Welsh, I’m offended: what about saucepans? 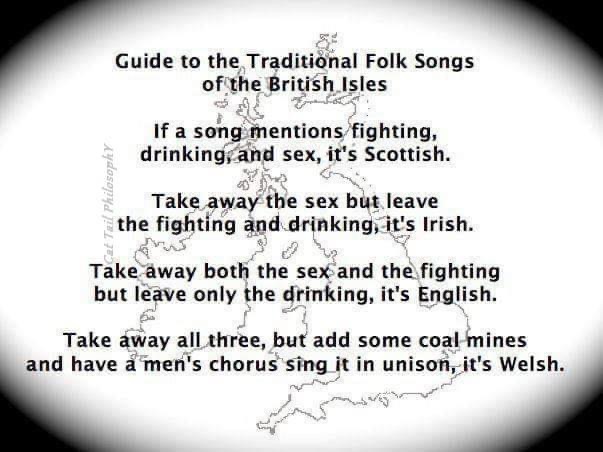 Paul Sartin has died suddenly aged 51. He performed in Bellowhead, Faustus and Belshazzar’s Feast He was a wonderful musician who I saw play many times. My thoughts are with his family and those who knew him personally.

Paul Sartin played fiddle and oboe, sang (he was an Oxford choral scholar), piano and often the Swanee whistle. 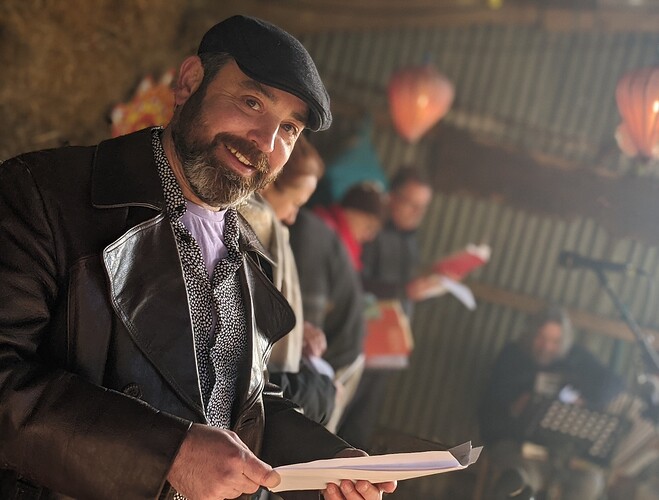 Personal memories of the late traditional folk musician, Paul Sartin, who we lost on September 14th, 2022.

Not come across Tradfolk website before. Scroll down to Home, Lads, Home - Belshazzer’s Feast.

May I commend to you this presentation about Vaughan Williams and folk songs on BBC radio 4 this morning? 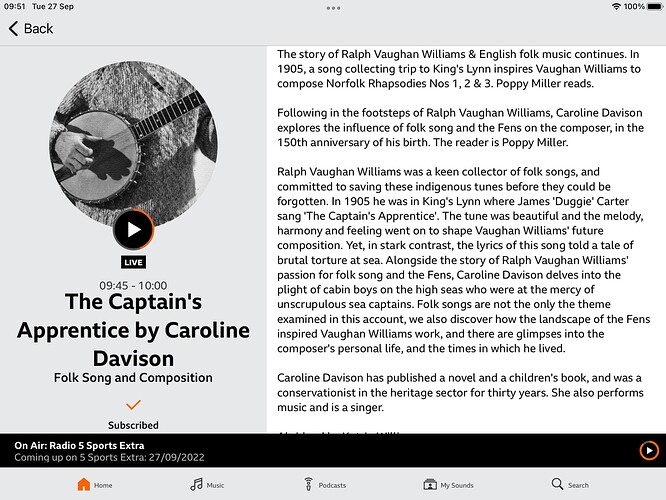 And may I add this superb recording, although I also like Robert Tear’s version on folk songs by VW. 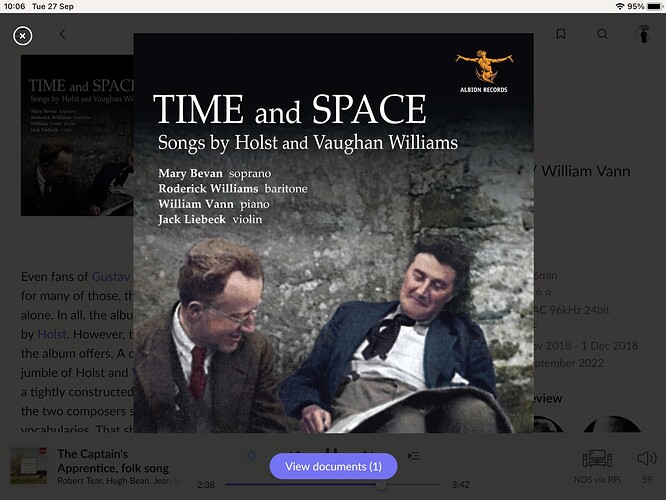 That’s a wonderful album, but I would never class Tim Buckley as a ‘folk singer’. True, he went through many phases in his extraordinary recorded output, but folk was never one.

I’ve not listened to Tim Buckley’s first album - yet. But he was American and in the US ‘folk music’ can mean that the musician is a singer-songwriter. Websters says ’ : the traditional music of the people in a country or region Irish folk music also : a type of popular music that is based on traditional music and that does not use electric instruments. Discogs has: Buckley was a 1960’s and early 1970’s folk singer/songwriter. He was known for forays into experimental music and improvisation, which can be heard on the albums “Lorca” and “Starsailor”.

Elsewhere ‘folk-rock’ is found. Personally I think that classification is the least interesting thing about folk, roots, world music or traditional music. But many key strokes are expended upon it. Martin Carthy was once refused in a club because he played acoustic guitar, a non-folk instrument…

It’s not something that requires much discussion about. I would class his early music and song writing as American Folk music. The term Folk music is broad enough for that when one considers its various cultural roots and along with that, interpretations.

Chanced upon this version of ‘banks of the Nile’. Up there with Sandy’s. 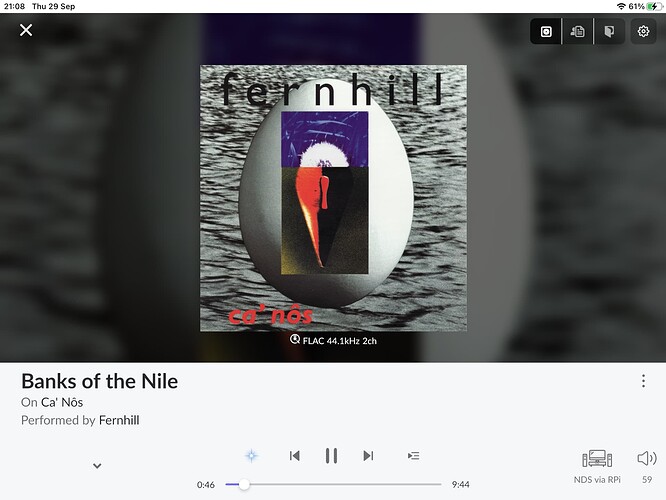 Excellent discovery! I have not heard Fernhill or Julie Murphy before. (Actually her voice appears on a couple of collaborations with Robert Plant which I have on CD)

Mainly Norfolk give some background on the song. Sandy seems to have learned this from The Young Tradition. https://mainlynorfolk.info/peter.bellamy/songs/thebanksofthenile.html

Julie Murphy is on Bandcamp and has some solo CDs as well as her work with Fernhll.

Eliza Carthy is on tour with a string of EPs and Queen of the Whirl releases on 22 Oct. Reworked material from her earlier albums.
I’ll try to see her live and buy the CD. Martin is set to appear at the first couple of concerts. 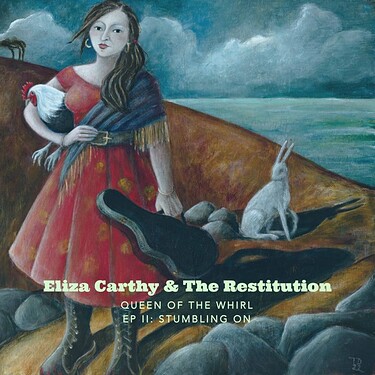 The tendency is to classify anyone who performs with an acoustic guitar as a folk singer, although perhaps Tim himself was confused about this as documented on the “Tim Buckley Live At The Folklore Centre March 6 1967”.