Hi all as promised here you will find my report as good as I can do it after some time passed and now. I will need your help as well a little bit as I will have to write it a bit in multiple different post. And as there is a limitation in the amount of posts you can do without a response I need responses from other forum members to be able to complete the report. It might also take a bit longer to produce the report as I will be in surgery on Thursday, but let’s see how far we get. The report is intended to give you my general impressions and trends I see. I will also drop some music I heard which was used for demoing - which always also helps me to find some interesting stuff……

I hope you will all enjoy my report, and that we get some healthy discussion ongoing…… of course as usual also with a lot of pictures.

As a last ps. I was two days at the show so I got a good overall impression…… 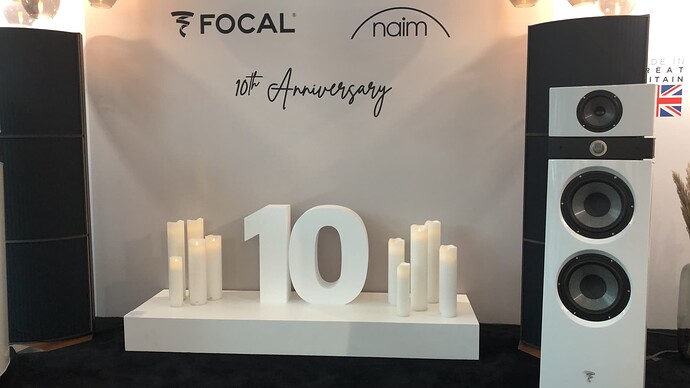 I’m new to hifi so I’ve never been to a show so its interesting to hear impressions of what they are like to go to.

I am responding as requested!

I hope the surgery goes well.

Let’s first start to express some general thoughts about the show. Before get into the individual impressions.

Appreciate the write up so far, I hope there is some therapeutic benefit too!

My first stop at this years show was the Monitor Audio Groups room. The speakers they demonstrated have been for me the most beautiful ones design wise. A unique modern design. With regards to the sound it was in my impression a bit analytical “precise” sound……, but as often just a show so one would need to listen also in better conditions. But I had the feeling that the setup was more capable…. 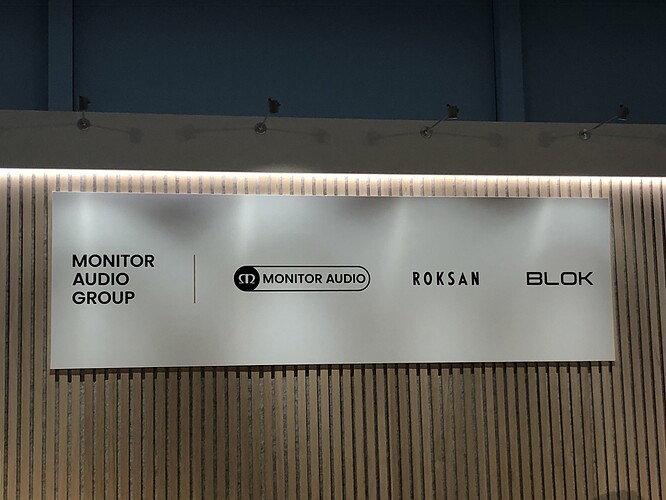 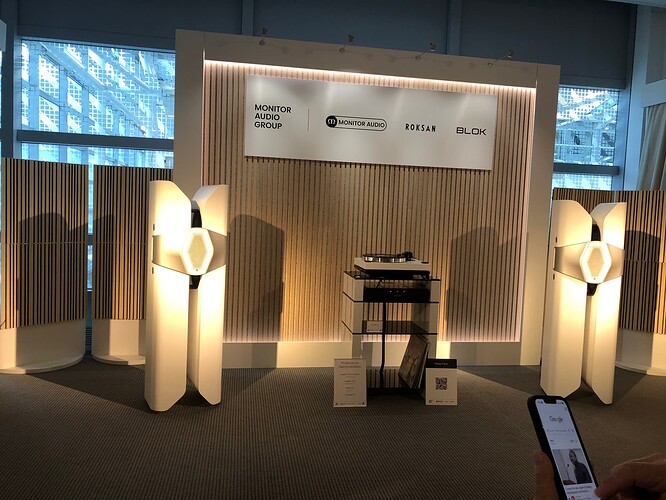 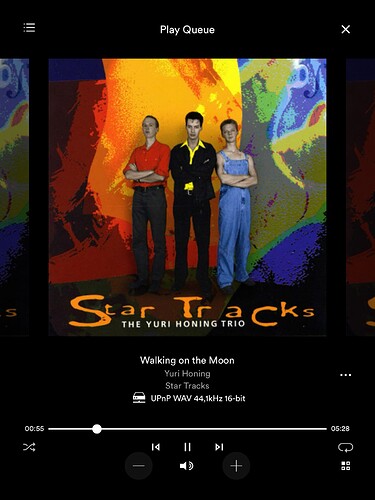 This was a track which I already pre owned, which was used in two rooms to demo the dynamics of the system. In general I love the work Yuri Honing is doing, and can recommend his last albums which are of high quality…., but this is also an interesting track to have a listen to…., put it loud…. 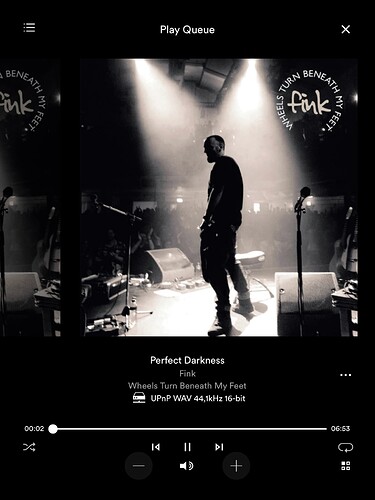 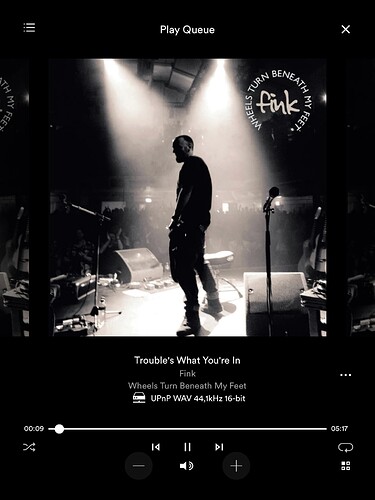 I was not into Fink before the show, but have gotten his collection on my NAS. He was really multiple times used to demo systems. Great music with also a nice audiophile aspects to it. I copied in two songs I heard, while I heard other songs from Fink as well…… 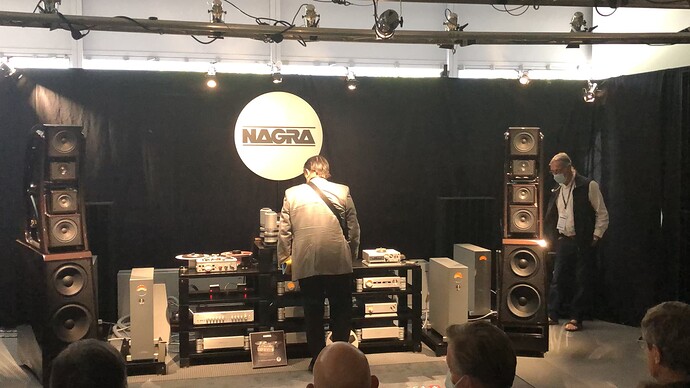 My next stop was the Nagra room. An amazing system, must have costed some Euros. They played Chitlin’s Con Carne from Kenny Burrell’s Midnight Blue and an alternative version of message in a bottle which my Shazam didn’t pick up (a problem which occurred more as before I belief). Had to get a bit used to the massive soundstage and also the fact that the sound seems to partly come from above, perhaps also because of my seating position. A very capable system - but a bit missing the “emotion” in my opinion. But again one should hear this properly setup…. 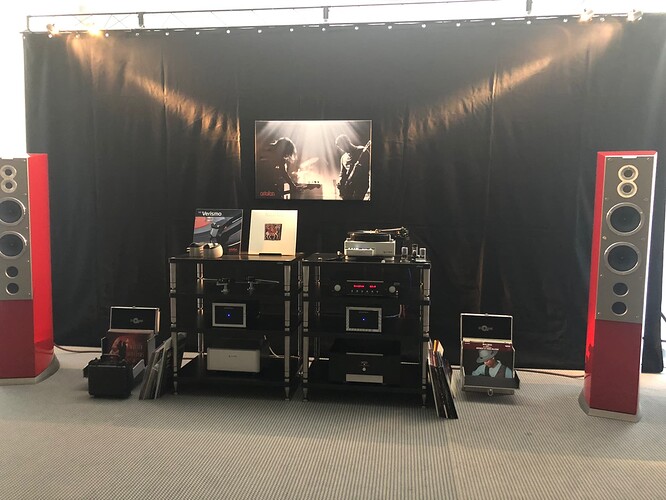 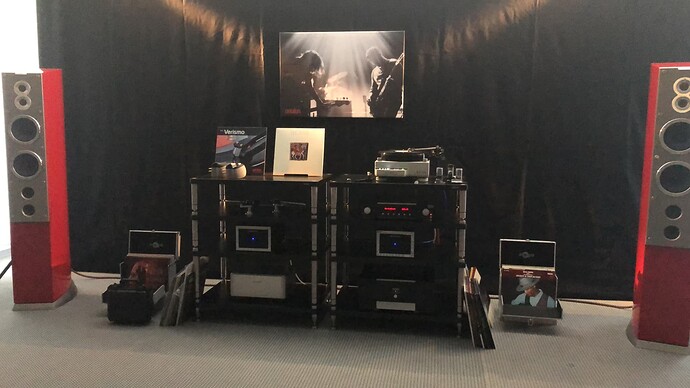 Next stop was Ortophon. Nice speakers. The overall setup gave the ability to give the overall layers in sound accurate and with the right level of emotion.
They played Paul Simon’s Graceland and a bluesy song I couldn’t get the Shazam off. But overall enjoyable sound. 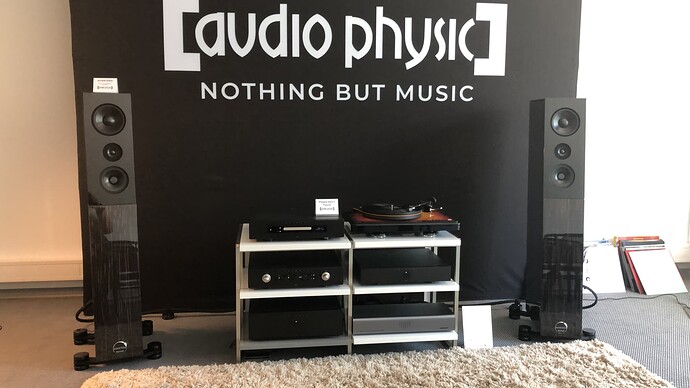 Was not completely on board with Audio Physic. They played the attached Malia song. They had difficulty with the sound - perhaps also to loud for the setup, but it sounded edgy and no so nice round as on my own system. 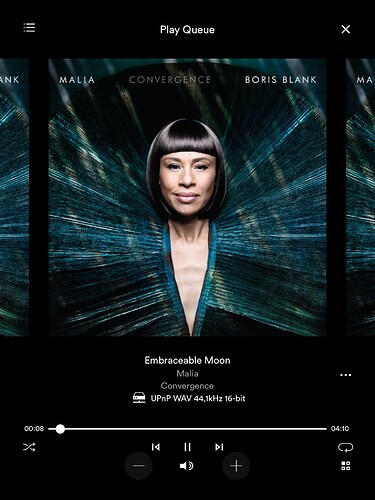 Many thanks for taking the time & trouble to do this Bert; it is much appreciated. I have really enjoyed your previous show write ups and am enjoying the same on this write up!
Good luck with the surgery on Thursday; I hope that this is not for anything serious.

Hope the operation goes well !
The speakers on the Ortophon stand look like Audiovector R11s - or a very similar array

Thanks for doing the write-up, Bert. Good luck with the surgery - I hope they do a good job fixing your broken leg. 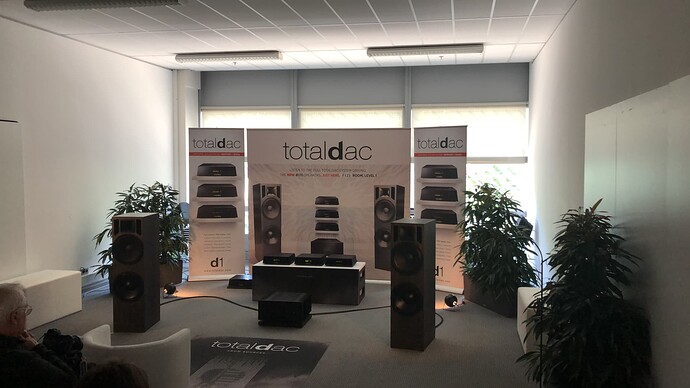 The emotions come well across, good scale in the sound (in the big band). Ambience also comes good across. A bit tendency to boom…, but might be the room as well.

Enjoying the thread as usual first class……hope you have a good outcome and speedy recovery. 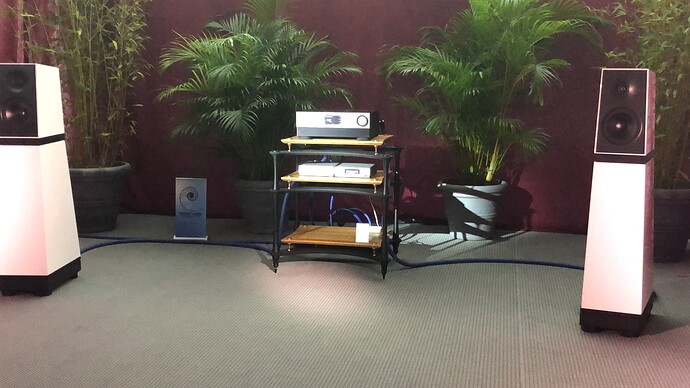 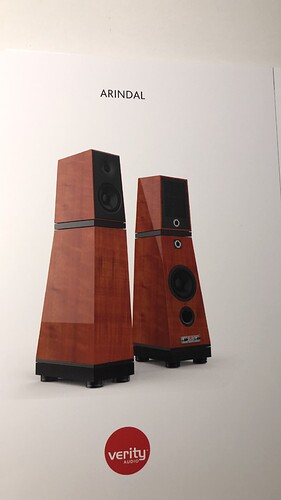 In the Verity Audio room I had the warm bath of the so well know Verity Audio sound to me. While these new speakers miss of course the scale of my own speakers, they where also running a minimal setup with their own specific amp and a Melco. Clean sound with the earth you also want to hear. Obviously I compare to my own setup and was missing a bit the body I have, while the speakers definitely are nice for people looking for that size of speakers.

They played:
Dire Straits - You and Your Friend
Musica Nuda - Guarda Che Luna 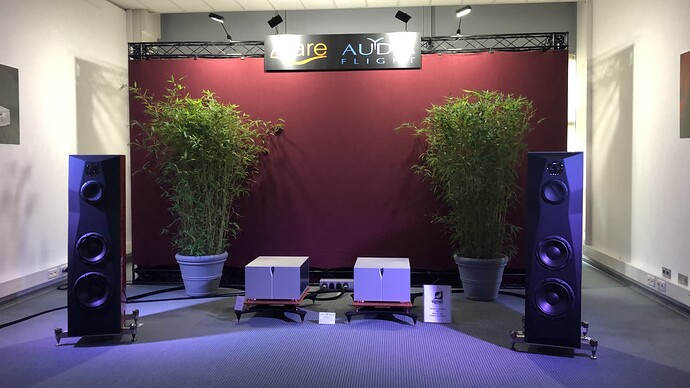 At Audioflight they played Friend ‘n Fellow and I belief also some classical piano with Fabian Muller while I am not sure as my notes don’t speak about piano….
However the speakers are capable, while sometimes the feeling that the sound was a bit raw and edgy…… 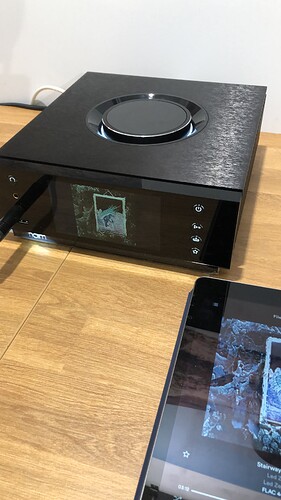 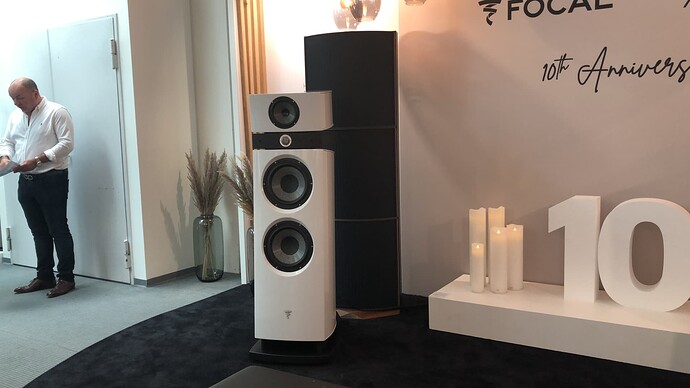 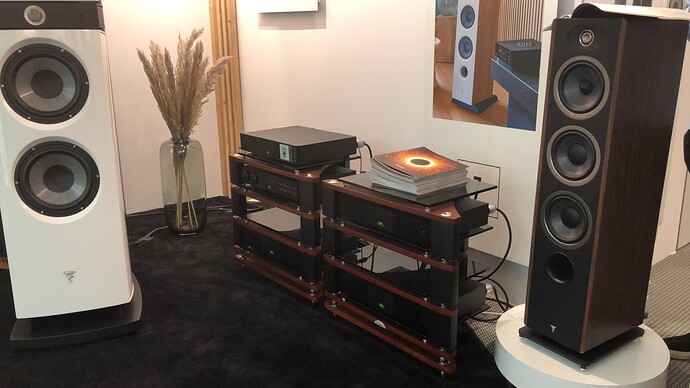 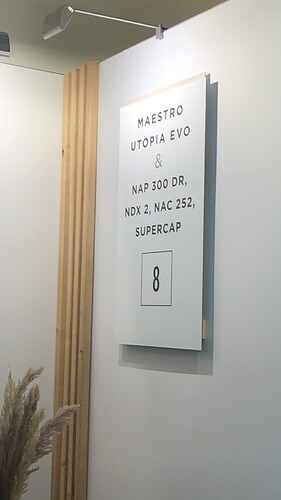 The Naim room was kind of a disappointment for me as I compared it to the shows in years before. In which they had two or listening rooms and more then enough space. Now it was a walk in room with a constantly running NDX - 300 system… they of course also showed the new grey stuff which I saw I didn’t cover on picture. With two headphone editions with multiple different Focal Headphones.

The main system had a clean sound was pleasant to listen to. I heard Chris Stapleton - Death Row and Axel Thesleff’s Bad Karma. Overall with the speakers a good control of the baseline, but not the best way to demonstrate your system.

Then I spend some more energy on listening to the headphone edition with two Focal Headphones. I first had quite a letdown, as the iPad for the steering of the music in the morning was already out of battery…… (what about attention to detail).
But anyhow I later had a try again and compared the Stella with the Utopia. I preferred under those conditions the Stellia’s - they where more pleasing more round full sound. But again a
So affected by the show noise which is of course better isolated by the Stellia’s. Definitely a setup I will consider longer term.

I appreciate your report Bert, especially as I’ve never been to a big audio show. I’m familiar with Nagra’s excellent recorders, but had not appreciated they sold domestic hi-fi. Focal Utopia headphones are generally well thought of, but as you say a closed back is more suited to these conditions. Thanks, and the very best go luck with your operation.