I’ve been into progressive rock really from the start of my music journey in the early 80’s, mostly the British era that kicked off with Marillion and the like and it has broadened greatly from there.

So, who do you love and what albums have we missed or should be checking out?

I’ll start with Anathema, a band that’s new to me. Really enjoying the classic blend of spacious elegant instrumentals and great vocals, with solid rock sections that really knock out the pace on a good Naim system. 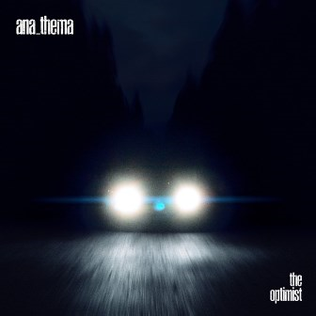 Where to start? Could go chronological, alphabetical, or random…
Many bands I like, many i probably haven’t heard and so may yet discover, and this thread may help, so thanks for the thread Mike_S!
Ana_thema is a new one to me, so I’ll have to check them out.

Meanwhile this as a classic, my favourite Genesis: 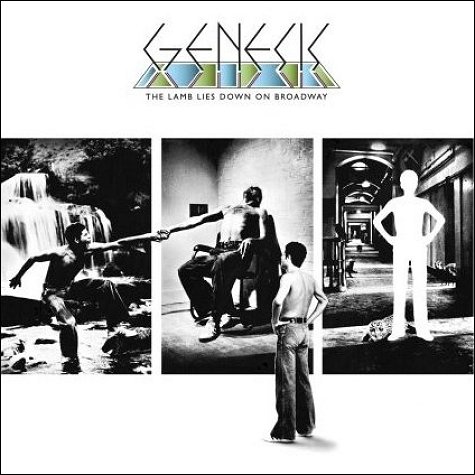 Lamb lies down on Broadway for anyone unable to see the pic: an album that grips my attention every second of its 90+ minutes. And I love the sustained bass pedal notes that send shivers up my spine!

I need to check this out. I’m seeing Steve Hacket next year (twice as it happens) so need to get up to speed with his music.

IB is correct, where to start, I started late 60’s, early 70’s, In terms of prog I liked, King Crimson, first four albums, Caravan, especially In the Land of the Grey and the Pink, Genesis, before Gabriel left, there were many more, Yes, ELP, Tull.
Fast forward bands like Anathema, Porcupine Tree are keeping the prog tradition going. If had to name my definitive prog rock band it would be King Crimson.

apart the Anethema cited above and Pink Floyd, Led Zeppelin, i have no other album on the following list ( french list for best prog rock).

Nice to see Robert Wyatt’s Rock Bottom so high up that list, but why oh why Genesis’ Trespass, Nursery Cryme and Foxtrot aren’t up in the top five, I just don’t understand…

Great to see Queen II listed and quite right. I used to work with a guy that hated prog rock with a passion but loved Queen with an equal passion. I mentioned that Queen II was prog rock but he wouldn’t listen.

Funny same guy was a staunch socialist and a big fan of Frank Turner. So we said who is this singer Frank Turner and looked him up on the net - oh I see he was in the same class at school as Prince William - a huge spray of coffee shot across the office as said guy was left coughing and spluttering.

Prog Rock started in the sixty’s, I wuz there man, if only I could remember

Some of the venues I went to, at least one, maybe more every weekend & odd weekdays in between - Eel Pie Island, Middle Earth (The Round House) The Marquee, 100 Club, Hammersmith Palais, Klooks Kleek & on & on & on

I used to frequent The Marquee in the 1990’s, my highlight always being the Christmas Pendragon bash. Still love them and will be seeing them again next year - not at The Marquee though.

I love Progressive Rock music. I believe I have everything the late great Keith Emerson recorded. And most things with Greg Lake and Carl Palmer on board.

My recommendations for ELP would be Tarkus and Brain Salad Surgery. If you wish to explore Keith a bit more then Emerson Plays Emerson or Emerson at the Movies.

Keith Emerson made an early appearance in the 60s as a member of the VIP’s, after Keith left they became Art who added Gary Wright and morphed in to Spooky Tooth. SpookyTwo is a marvellous album.

Keith went on to join the Nice, who after a stint backing PP Arnold, went on to make several excellent progressive album such as Thoughts of Emerlist Davjack.

Meanwhile Greg Lake joined up with Robert Fripp to form King Crimson. In the Court of the Crimson King is a great place to start a prog collection. Though you won’t go wrong with any KC album even after Greg’s departure.

Carl Palmer was a member of the Crazy World of Arthur Brown before moving on with fellow member Vincent Crane to create Atomic Rooster. Their debut Atomic Roooster is worth investigating. After Carl left AR turned towards Heavy Soul with John DuCann’s brilliant guitar work.

There is so much to explore within this field and branches off in so many directions. Along with Keith Emerson, my other great heroes of Prog are Peter Hammill (Van Der Graaf Generator) and Ian Anderson (Jethro Tull) who are more than entitled to complete threads.

And the magnificent Moody Blues

Lots of exploring to do, thanks for all off the recommendations. It’s Saturday night here, so I’m kicking back with a beer and putting this on, which arrived yesterday.

Grand Tour by Big Big Train. I was introduced to them by some fellow Pendragon fans. They are very interesting, with lots of orchestral instruments and long sprawling tunes, very English what ever that means. Also outstanding production. 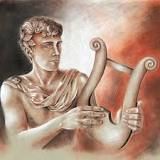 Genesis Trespass is their best album in my opinion, featuring as it does the amazing Anthony Phillips. He didn’t like playing live, but has made some superb solo albums which are well worth exploring. Wise After the Event is where I would start.

I have about 80 of those, but didn’t notice if the Enid were there and would be in my hot 100.

I don’t understand the basis of that list, as inevitably there are notable omissions, while everyone’s idea of best is different - so I don’t take any notice of them other than that they can provide suggestions of other things of possible interest. I’ve got 56 in that list.

Yes, KC are a good example of a band that started well, but evolved to a point where I went off them. Nothing after Islands for me, and Court the best in my view. Same with many others - Marillion lost my interest after Fish departed, and though I have tried dipping in occasionally they never inspired as they did then. Genesis likewise after PG left.