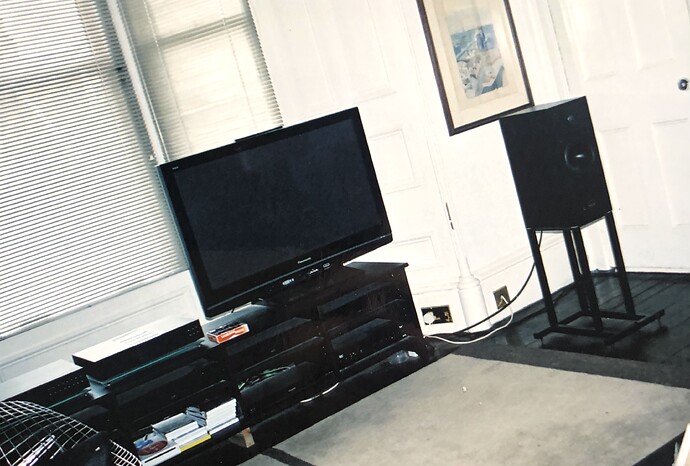 My first system, at 18 years old. Not a joke. The first lp was Booker t and the Mgs. 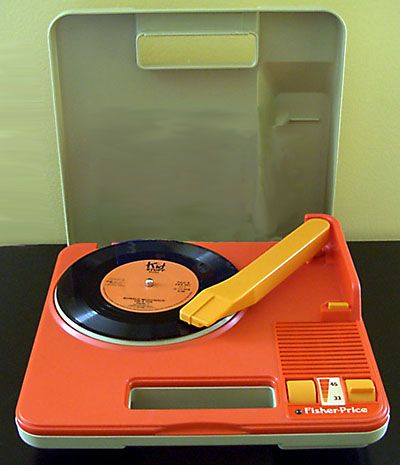 Sadly the lack of digital cameras and the cost of film means anything pre 2000 wouldn’t be something I’d waste a shot on.

If there had been, there’d be some lovely silver JVC receiver, turntable, Akai tape deck and Bose 901s. 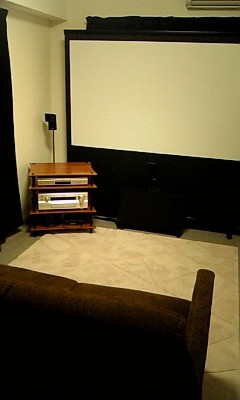 Yamaha THX AV amp. Matching DVD player, Bose AM10-IV (or was it mk III, I forget). Still had the speakers in daily use until September 2020.

Here’s mine 10 years ago - September 2012 - at my house in Holmfirth, just before I took the coin and moved down south! 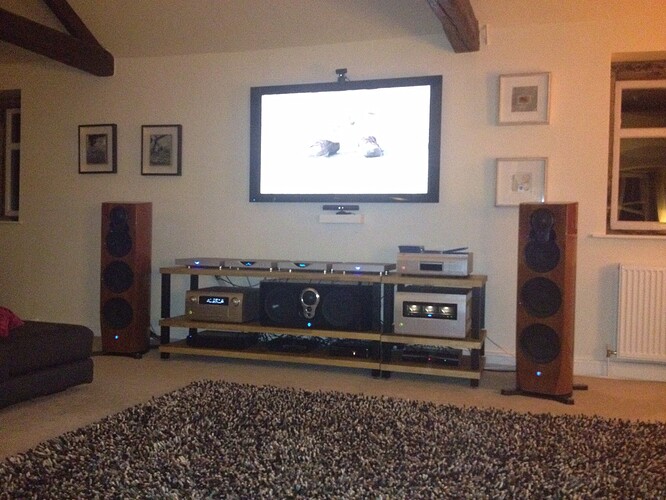 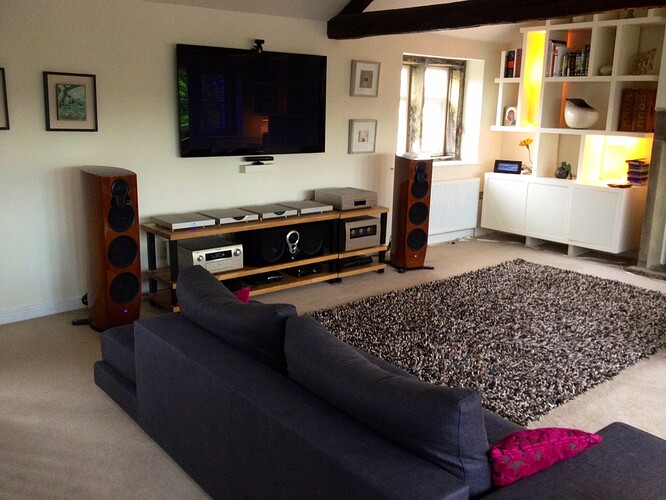 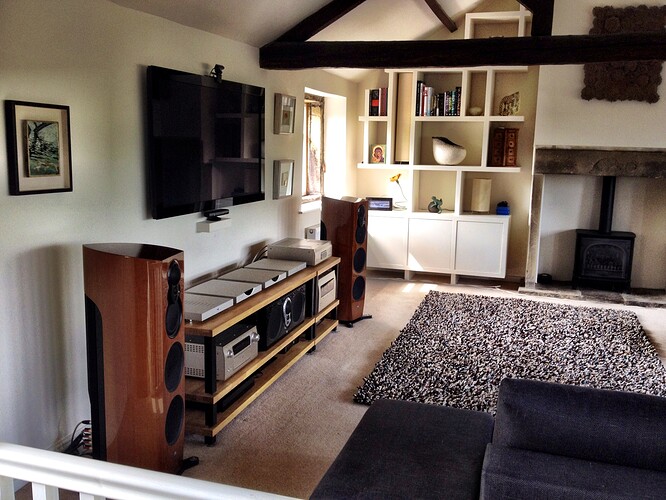 That Linn Klimax 340A Centre Speaker - Fully Active - was absolutely the star of the show.

Photo timestamp is January 2001 which seems about right.
PMC fb1 speakers. Looks like a cyrus av5 as a processor/preamp. Rotel 3 channel amp on the right hand side for the centre and rear channels. Yamaha dvd player above, Sony VHS recorder below the rotel.
Cd player is a Cyrus dAD3Q24. In the middle I have arranged Cyrus Power amps, 2 of them, in monoblock mode with psxr power supplies.

I had lots of Cyrus before Naim. The only thing I still own is the Yamaha dvd player as a cd transport into my unitiqute… but hardly ever used. I paid £600 for it and it is completely silent when playing cd.

Very nice Matt, and a good room - love the beams.

My second hifi (first was Kenwood/Trio amps and TT, speakers I just can’t recall) included the A&R A60, and Acoustic Research AR7x 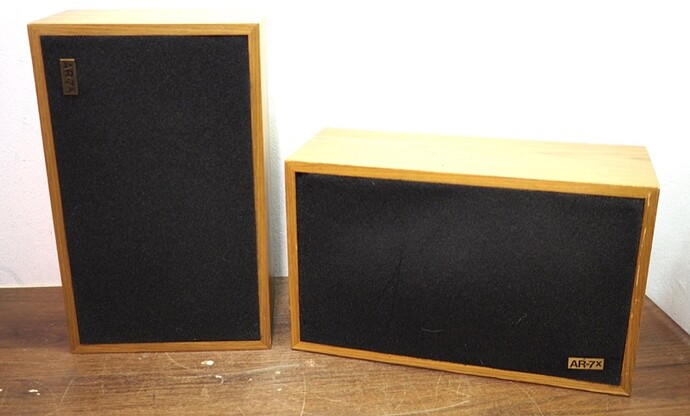 Source was a Trio TT, replaced by a Thorens TD160 (I think) which was swiftly replaced by the LP12 I still have.

Not my photos. Lost all my old ones of the system in situ - if indeed I ever had any!

That A&R 60 brings back happy memories. When I was 15 I upgraded a NAD 3020 to one of those, to go with a Dual CS505 and Kef Coda speakers. I remember thinking I’d “made it” and had reached the end of the upgrade path! Well, 40 years on, and a few more quid spent, I should have known better!

Very nice Matt, and a good ream - love the beams.

Thanks - it’s about as traditional for that small corner of Yorkshire (“Last of the Summer Wine” county as most people would recognise it as) as you can get - that room is on the third floor. Views for miles. Which is good, because you can see the snow coming in January, and therefore can let people know you’ll not be out and about for a couple of months!

I haven’t taken pics of my system across the years, or while any where it has featured incidentally as part of other photos wouldn’t be easy to find.

However I do have a pic of my very first system from 1969 because it was featured in a hifi magazine. 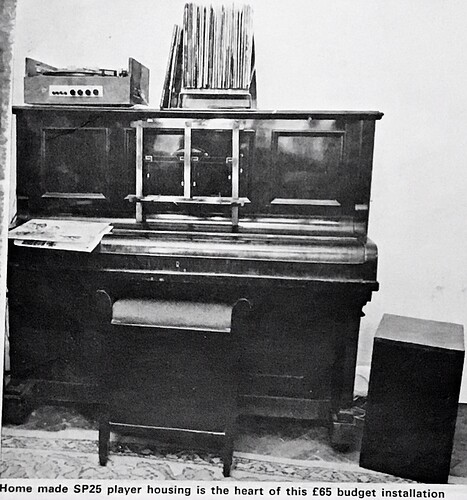 Not wonderfully photogenic, and seeming pitiful when compared to what came later, it nevertheless sounded wonderful to me as my introduction to hifi, sounding much better than the Dansette style record players like my brother’s, and better than a couple of friends’ parents’ radiograms. And it was a revelation hearing actual bass from records, albeit rather wallowy and missing the bottom octave!

Very nice Graeme, even by today’s standards. Do you ever get the feeling you’re going round in circles? ( I know I do!)

Super. Sennheiser headphones and I bet that was QED 79 strand cable too. 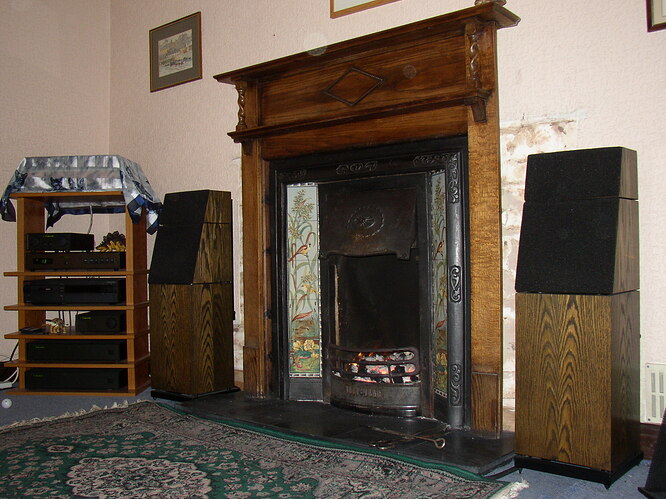 c2008, and the late Jurassic era going by the stegosaurus, and before the oak fire surround was properly fitted. The Projekt audio rack proved to be an SQ killing dinosaur, and soon to become extinct in this music room. 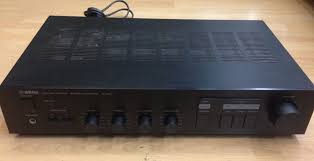 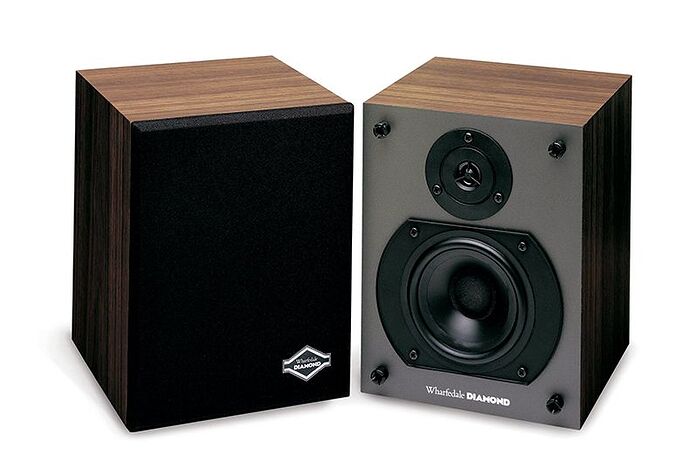 First decentish set up, early 80s. Do not have actual picture. TT had a Nagaoka MP11 cart. I was well proud. 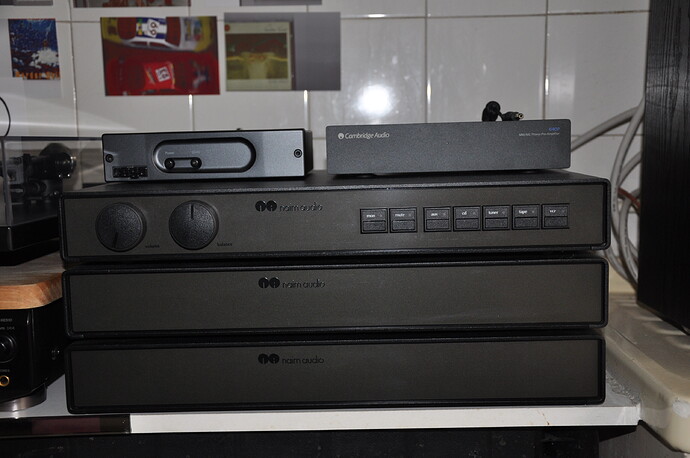 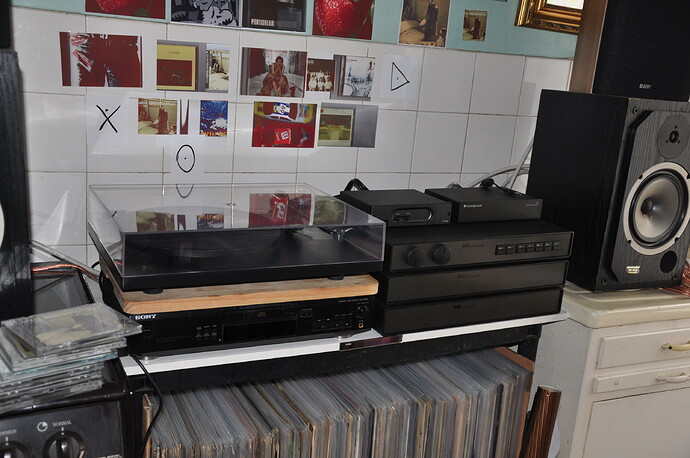 The cost of kids dented the budget for a few years of a downgraded system but, with that phase ending and some inheritance, I do indeed think I’ve come full circle!