Hi guys
I am putting together a 2nd system, which was to comprise my old olive gear (82, hi-cap, 135s, TT, plus NDS/555 PS) plus speakers TBD (was supposed to be SBLs but the mint pair I found unfortunately went missing on their way to me, so now I am looking for an alternative… but that’s another story).
The question is relating to the 82 - I have an option on a barely used 52 (from 2001) and supercap, and am wondering whether I should take it. Trouble is that is kind of undermines the ethos of the system, which was to reuse my old stuff, but I wonder if I will kick myself if I miss it. Will the 82 be too far removed from the main system 552/500 to be able to enjoy I wonder. Maybe a 52 will be an easier transition from system to system?
Any thoughts from people that jump between 2 systems or have experience of the merits of 52 vs 82?
I guess I’d prefer not to spend the money, but given how rare 52’s are, I guess that in itself is a sign of how good they are and that I should probably take this opportunity…?

The obvious weak link is the 82. If it were me, in that system the 52 would be arriving asap.

I think if the right 52 just happens to appear, and you’re in the right place at the right time, it makes a lot of sense for a system like yours. This sounds like it could be the right NAC52…

I have no concern as to the quality of this particular item - it was essentially used a few years then packed away (although I guess that in itself may not be a great thing!) but it really does look new. The guy is very particular (the SBLs were still in their original boxes!)
Probably something to try - I guess if it doesn’t work out there will be a market to resell without too much of a hit. Although I expect that once tried the 82 may never then get unpacked…
Any thoughts on how this older gear fares with more modern speakers? (I am thinking kudos 606 type of thing)

2 to 3 years ago I was running 82/HC/135s into B&W804S. It was a really fine amplifier, I treated the 82 (bought new in 1993 ) to a Supercap for its 25th birthday and then a few months later replaced the 82 with a 52. Both were significant steps, the sound signature stayed similar, but everything was done better, timing, bass depth and control, control of high end. I loved the 82/HC/135s and happily listened to a huge amount of music on it over 25 years, but I’d have to say the 52 made a big improvement.

Hi Eoink
Did the 52 retain the fun factor of the 82?
Thanks
Robbo

I have very fond memories of my own NAC52 which was from 2001. Yes, I believe the market for a lovely example of a very late 52 is extremely buoyant, so if you did change your mind…

Hi, yep, for my taste it did, it feels to me as though it does everything the 82 did, but more so. It still has me doing bad dad-dancing when I’m alone in the room.

They only slight problem i can see, could be what i found, i had one of the last 82’s made, so pots 8, etc as standard, this was in great health, i saw a 52 for sale and so purchased it, only to find it sounded worse than my 82, obviously in need off attention. I sent it back and went looking for a replacement.
If its not been serviced then for sure i would be looking at getting it done along with its power supply if thats also not been done.

I guess the other question is, how much are you going to listen to this system and also how are you going to listen to it, seriously or casual? As if casual then i should think the 82 will be more than good enough.
I had a second system in our family room, NDS/555DR, 82, 250 and sbl’s, didn’t really use it much, the rest of the family didn’t neither, so sold it all and now have a mu so, this get used every day by the wife and kids, they can link the phone to it easy and it just does what it needs to do, so much neater, much easier and far cheaper.
The money i got from selling it all funded a very nice upgrade in turntable for the main system.

So my advice, go for it. A service isn’t very expensive either. Darran does a stellar job.

You should take the opportunity: allow money for servicing and updates and you will have a combination which will sound great, and which is very unlikely to depreciate.

In the case of the 52 it is quite likely to appreciate.

Regarding the 82’s fun factor, it is a bit of a “bad boy” in comparison with the 52 because it is missing a whole world of upper range that the 52 brings with it. It’s '57 Chevy versus Aston Martin. If you want more 82, buy a Supercap.

Hi Robbo,
We use a POTS8 NAC52 with olive Supercap and NAP135s. It’s all been serviced by a combination of Naim itself and Darran at Class A. The Supercap was serviced by Darran this week, as it so happens.

We also have a factory serviced NAC82/Supercap in the family.

The Supercap is now running in, as is the new turntable cartridge.
Currently playing “The Far Fields” by Future Islands (on limited edition white vinyl) and it absolutely rocks! Feet can’t stop tapping. 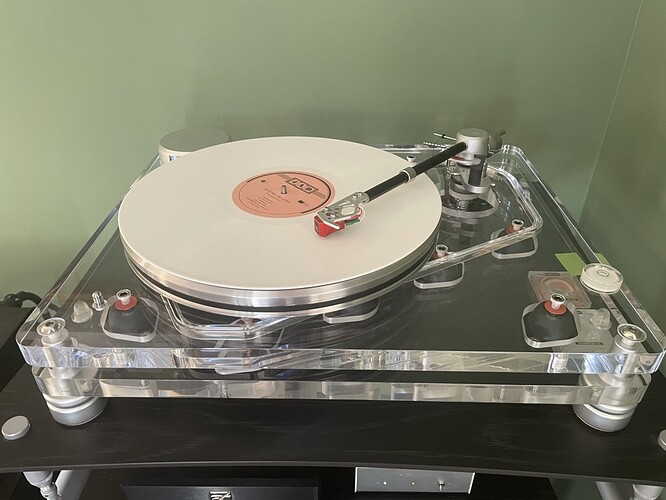 This running in lark; it’s tough but someone’s got to do it

So don’t worry; the NAC52 expands the fun factor of the NAC82.

This thread makes me excited - I have a used 252 arriving tomorrow. Should be a nice little lift from the SN2, which sounds quite lovely already.

I think @Dunc has a really good point here. Are you realistically going to use the 2nd system, knowing that you have a better system in another room.

I have spent a fair bit of money setting up another system in a study/games room. I never listen to music in there as my main system is better.

I do think it will get some use, as the main system is in the open plan, which means that often when I want to listen to music it disrupts whatever the rest of the house is doing. Plus I like to listen late at night and early morning, which I will be able to do in the basement room.
I have feeling that the 2nd system may also end up being more satisfying as I am at liberty to add room treatment to help the acoustics. Plus given my SBLs seem to have been half inched, I am looking at a nice pair of titans

which should marry up nicely with the naim kit.

Sounds like you would be better off with the main,system in the basement

My wife said exactly the same thing… my end up that way!

I think you need to do what you need to do! So the 52 will be an improvement. Maybe get the 52 and swap the systems over. That way you have your listening room with the best system!