Anybody going it’s just pinged up on my FB feed.

Yup, I’ll be there. I know it’s not the biggest or fanciest show but I’ve been missing my fix of the audio world since covid. And I wasn’t able to get to Ascot.

It’s always a treat to be able to talk to people about hi fi and not see their eyes roll into the back of their heads!

I wasn’t able to get to Ascot.

Just as well, you would have been disappointed!

I will be there on the Saturday.

Never been there before, so I thought that I’d give it ago.

Been many years since I last went to a hi-fi show.

My first ever hifi show. Looking forward to meeting Russell K if possible. Will at least attend his talk on speaker positioning.

He is a lovely guy, he takes a huge amount of time speaker positioning in demo rooms and others. I have sat watching him set up demo’s at Signals a number of times…….he just handed the music over to me. Well worth meeting him👍

Me and Mrs Timbo will be there. Just a warning on parking as it can be difficult and the road is not huge so there will be some queues.

Agree - Russell is lovely chap, and always enjoyed to listening to his speakers at shows.

I will also be going Saturday and maybe Sunday as well if i dont get round it as, as i only live 2 minutes away.
Was a good show last year 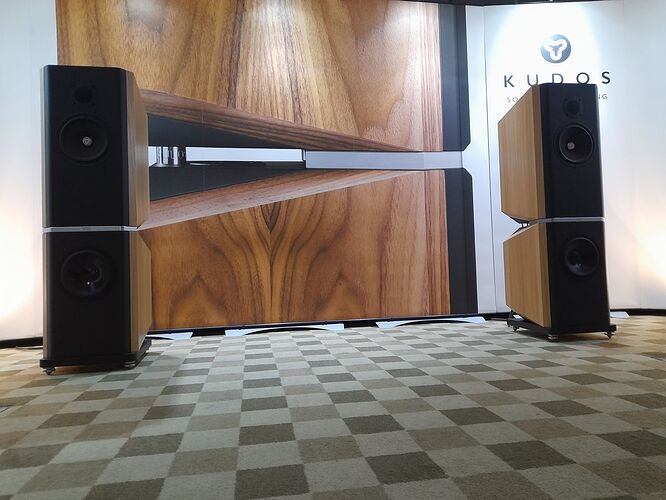 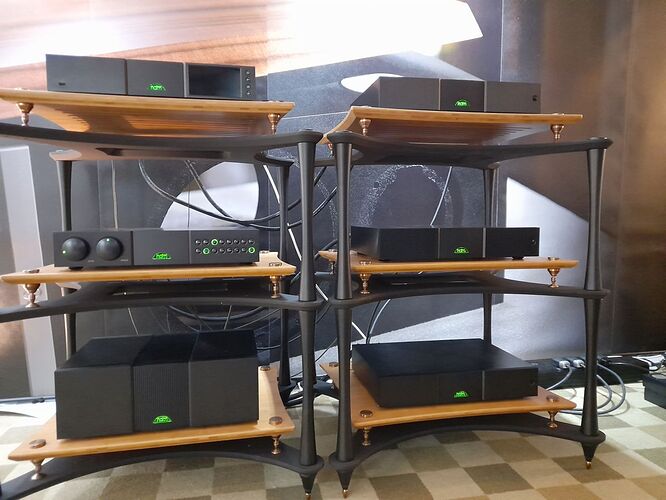 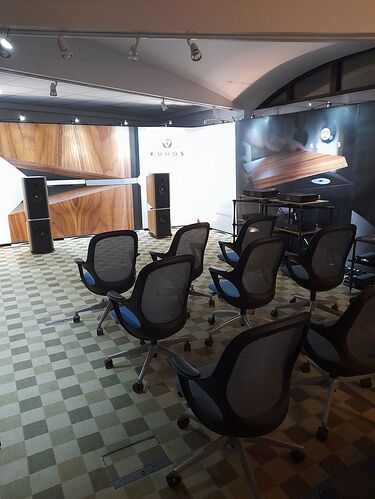 I hope to be up there Sunday

Well the sun is shining nicely here today, just about to go

I stopped by the room today and had a good long listen, TBH was not that impressed, the Titan 808’s seemed very clinical, could not really engage with the music. But show conditions are nowhere like home.

BTW I thought the Proac room was pretty good, they were demoing the K1 I think it was when I was there. I was hoping to be able to hear the Tablette signature but they already had a queue of requests for other speakers and might not get around to the Tablettes by the end of the day. Disappointed I couldn’t find anyone from Roon but I think they are doing a small presentation tomorrow.

Diverse records were there usual helpful selves and I picked up a few gooduns.

Was there today with a mate. But back tomorrow with Mrs DG.

Some interesting set ups and my mate is seriously thinking about getting a Blue Sound Node streamer.

But as intimated by others the SQ is not always the best as essentially they’re basic hotel meeting rooms, but they do their best.

The show was ok, but thats it really.
Most rooms sounded not great at all, plus the music being played this year, just isn’t my taste.

I did get the naim room guys to play some stuff that i know well so could compare better. I did think it was one off the better sounding rooms, but it still sounded a bit flat and not very wide or dynamic as my very similar set up at home.
Also heard a non apex rossini and that also didn’t sound anything like it can on the system it was being played on. So don’t expect to be blown away with anything on show if you go tomorrow.

But overall a pleasant day out, but glad i didn’t have to travel

That’s always the way with shows eh, you’re never going to hear a system doing anything like it’s capable of in those sort of environments

good to meet the people from companies who’s product you have an interest in, hopefully it can help in your decision to support the brand… or not

Personally, I don’t go to a hotel-hosted HiFi show with any expectation of SQ. These are meeting rooms or other spaces with no acoustic treatment, furniture, bookshelves, etc. I go to check out, see and touch new equipment that may interest me and to talk shop with the brand reps. Sometimes, potential SQ must be inferred in these environments.

For some reason Naim gear does not always work well at shows - but I thought this setup was sounding pretty good when I visited. Not the best of the show though - well done to Townshend for that accolade!

I had a great time for my first ever hifi show!

Among then the Culture Audio Naim / kudos room. Eugh! Gave the guys a meh look as I left and they gave me the ‘we know’ look back! Clearly the room was working against them.

I did the two days and had a good mooch around the various rooms, lingering longer in some of the them, particularly those playing some Jazz. The first day I went with a mate and the second day with Mrs DG. This was her first Hi-Fi show, so she really enjoyed it.

My mate was looking for a streamer, but in the end, he couldn’t get it approved by management.

Agree with the comments about Cultured Audio. They were using a Naim 500 system into the Kudos Titan 808 speakers with Naim SL speaker cables. However, they did appear to be a bit bass light. Speaking to the chaps there, they advised that they had problems getting it to sound good, they had put curtains around the room with some baffles, but we’re still struggling.

It will be worth a trip to their shop to see what they have, though.

Popped into The Audio Consultants room, as the Jazz they were playing sounded good. Turned out to be Carla Bley, who I hadn’t heard of before, so listened to that a while. Today I downloaded some of her albums on Qobuz and am now enjoying listening to them.

Whilst in there, I saw some Puritan mains cables, as I’ve just acquired a second Hi-Cap and will need another PowerLine for that. But did like the look of them, with the soft, floppy sheathing, which may help with cable dressing. I particularly the SE version that they do of them with Furutech plugs. 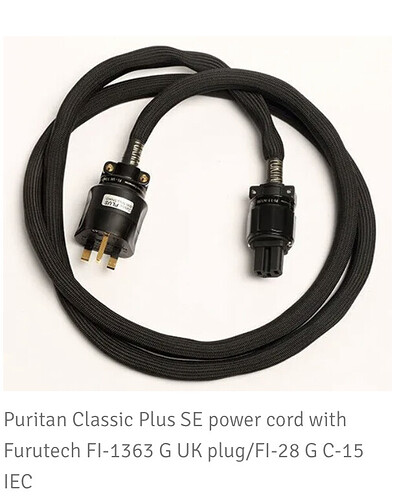 Done a search on the forum about these cables, but nothing come up apart from their mains blocks, which seen to get som favourable comments.

They do a home demo service, so I may try one out to see what it is like.

It was much busier on the second day and parking was further down the road, but they did lay on a shuttle bus. Most of the rooms were small and fairly busy, so had to call back to a few of them.

I like Chord cables, but found them to be a bit off over the weekend. They had two areas; an open area between Attacama and Icon Audio, but the chap there wasn’t that friendly or helpful. They also had a small room, but the door to this was always locked, with only a couple people in there. Tried a few times, but gave up in the end.

We will probably go back next year to see what the latest innovations are.