RW appears to have released a version of CN.
Dirge is the word I’d use.
I seek views from the more enthusiastic Floyd fans here. 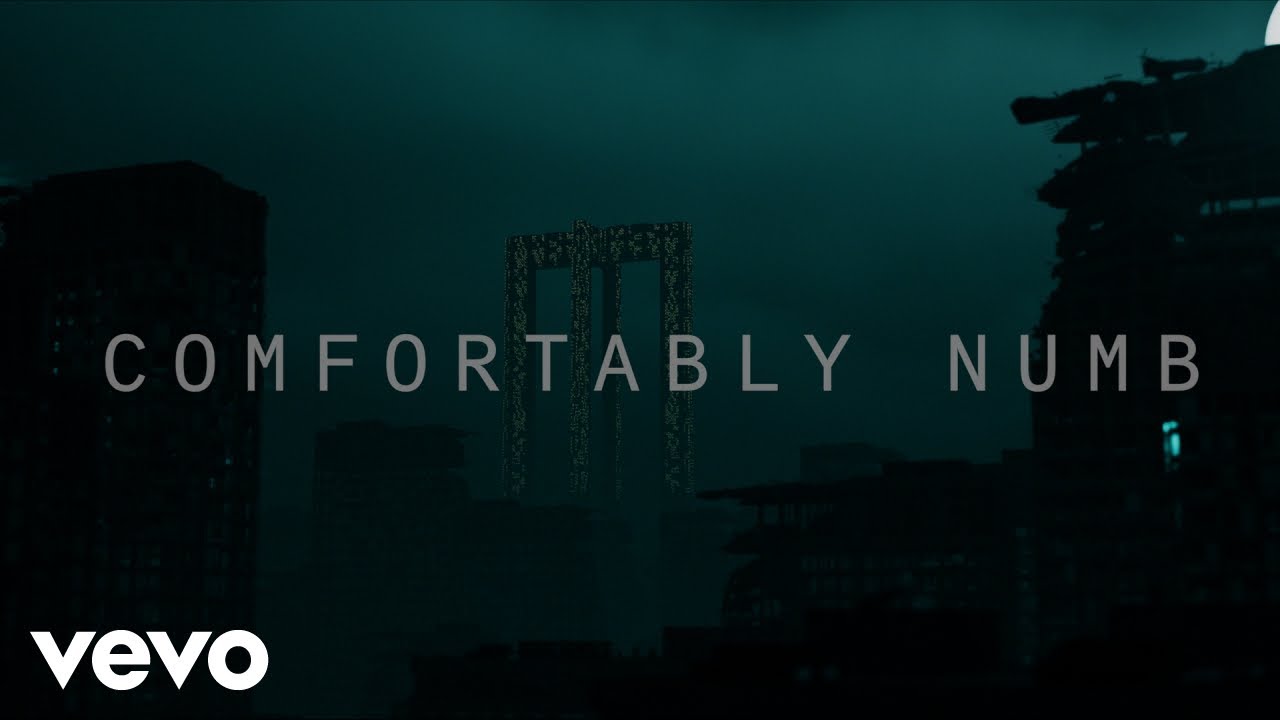 Why did he bother……awful imo.

It’s part of a theme in his live show that toured this year I think.
I like it and thought the show was great. 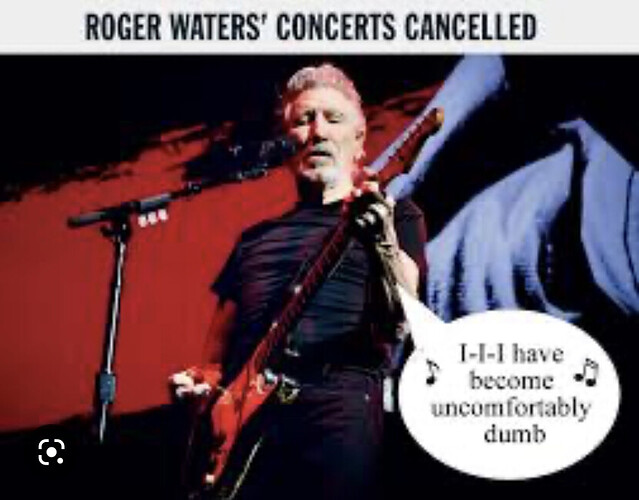 As I’ve stated before I’m no huge fan of PF but at least RW carries his beliefs with him, he was a non conformist at the dawn of Pink Floyd and agree or not with him he remains one today whilst David Gilmour is a Commander of the British Empire and describes himself as Left Wing and the son of proper Mancunian Guardian readers.

He is so up the workers that a plasterer and an electrician I know who worked on his Hove mansion whilst he was at home didn’t even get offered a cup of tea.

Sorry, but I just don’t ‘get’ RW. His ‘beliefs’ (which his is entitled to hold) are just too odd and extreme for me. Like a lot of very rich people, he has a platform available to present those views - and people will listen. Because of who he is - rather than his views. He is probably also detached from reality.

No RW for me. I am a Pink Floyd fan, but RW is not Pink Floyd. IMO.

Doesn’t seem to add anything of interest to the original. Shades of Welcome To The Machine and Echoes near the beginning.

I do not wish this thread to delve into a RW v DG slanging match.
The request was for views on RWs release of CN.
Grateful.

Thought it was a trailer for the new series of stranger things for a minute,

Different i guess ,
but not for me .

Why the need, what was wrong with the original & the scenes from The Wall?

I quite like this version,but not a patch on the original!

But Bob, he was so nice when I met him, lol…

Sorry Neil, back to your thread. I listened with eyes closed (video tends to affect my reaction to listening and sometimes elevates the dull beyond its actual worth).
Always concerns me when storm and other sound effects are used - sometimes they’re great (Riders On The Storm) and sometimes they just…signify an attempt to mask the dullness of the performance.

storm and other sound effects

The thunder and lightning timings are all wrong as there is no delay between the lightning and thunder. I know it’s meant to be for artistic effect but I end up thinking that the artist just doesn’t have a clue. I rate such things on a par with continuity errors.

But back to the music. I skipped much of it which I would never do with the original. Not bad, but a bit ‘meh’.

I’m the opposite view, RW makes PF for me. And his views are as relevant as ever.
I saw PF live one time and it was the MLOR tour, not very PF afaic.

I’ll check out the new take on CN.

no delay between the lightning and thunder

Nothing whatsoever odd about that - it just means you’re in the heart of the storm with the lightning right next to you. It is rare - and scary when it happens.

Nothing whatsoever odd about that

No, it is very odd - the lightning is shown in the distance

It was part of his live show. I doubt if he had a meteorologist advising him.
He creates stuff; a lot of which has proven to be quite popular and well received over the years.
Forums are what they are, but blimey, they make me laugh sometimes.

RW appears to have released a version of CN.

Before lockdown I had been working on a demo of a new version of ‘Comfortably Numb’ as an opener to our new show “This Is Not A Drill”. I pitched it a whole step down, in A Minor, to make it darker and arranged it with no solos, except over the outro, where there is a heartrendingly beautiful vocal solo from one of our new sisters Shanay Johnson.

It’s intended as a wakeup call, and a bridge towards a kinder future with more talking to strangers, either in “The Bar” or just “Passing in the Street” and less slaughter “In Some Foreign Field.”

(His 2023 tour is billed as his first Farewell Tour. Of course for any musician of his age any tour could turn out to be a final one…)

I’ve only listened on an iPad: I’ll have to listen properly to better form an onpinion, but didn’t feel there was anything wrong with it, just a different version, and although slower it is no more a dirge than the original (which to me isn’t a dirge). It is unsurprising that over 40 years of playing it a musician would vary it, to suit the mood he is in at the time - and given that at present we are probably closer to a nuclear catastrophe than in any of the intervening years, to seek slant things the way he describes seems consistent with unremitting desire for end of wars and hope for future peace.

It’s such a great track and while it’s not better than the original it’s not THAT bad. I do miss the guitar solo though.