So, I’ve moved from Arcam A85 and P85 pre and power amp with quite beautiful B&W 705 s1 speakers to Naim Uniti Nova and Spendor A7s. Firstly the Arcams can’t power the A7s.

The first system was and is rather lovely. I will set it up for one of my daughters when they’re ready.

I ran a Project Carbon TT with a Goldring MM and an AP-UDI disc sheet (that made a hell of a difference) through a Cambridge Audio phono stage. Records sounded good. This was a present from my wife.

I have researched relatively well. There are a lot of thoughts about the Uniti not having the capability to power the A7s. Can I just say that the A7s warm up? The Uniti has enough to power the A7s. I’ve spent far more than I wanted to on Tellerium Black speaker cables. They are heavenly.

In my view, the Spendors could be powered by a NAP250 but you’re already into ethereal territory without. I’m not sure you need the extra. I’m so enthralled with the new sound.

I’m just utterly delighted. The music is so incredibly precise, magical and driving. Qobuz helps. Much more buttery than Spotify.

I may now get a better MC cartridge TT to match the rest of the set-up.

Uniti is capable of driving very, very good speakers. Purists on this forum may say you need this and that. But, f### me, this is extraordinarily good on its own. Try it like that first.

Shandy:
Congratulations on the Nova. I am using one for my Harbeth HL5 XD’s and quite enjoying it.
David

Bear in mind that the Nova converts analogue signals to digital. I would look elsewhere if vinyl was my thing.

The Nova is superb with vinyl - way better than the Superuniti which doesn’t convert. The analogue to digital conversion does no harm to the sound when playing vinyl.

Bear in mind that the Nova converts analogue signals to digital. I would look elsewhere if vinyl was my thing.

I bought a Nova early on when my full system was in storage. When I eventually got my LP12 out of storage, I listened to it for many months via one of the Nova’s digitised analogue inputs and it sounded excellent and actually rekindled my interest in vinyl again. I believe the digitisation allows for multi-room and Linn’s high-end MC pre digitises these days I think.

Great to hear, just enjoy it.

I heard an Atom with some £5,000+ speakers a while back and the combination was stunning.

People seem to like to pounce on the opportunity to criticise the Unitis for digitising their analogue input, but of course we have no way of knowing what effect this has on sound quality as it cannot be disabled, so comparisons are impossible. Best just to listen to it and buy what sounds good to you.

I was quite concerned about it at first, but if people hadn’t told me, I wouldn’t have known from listening to my turntable via the Nova 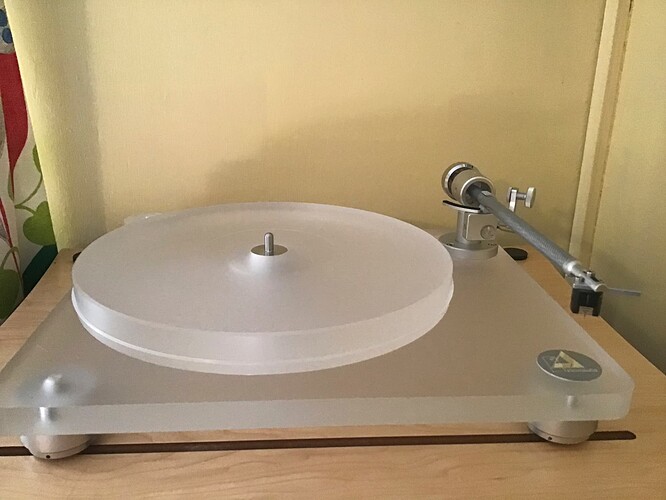 There are good reasons for the conversion and it may not impact SQ, but anyone who wants to retain an analog chain for vinyl should be aware, that’s all

The Unitis punch well above their weight in my view and unlike most classic pre-amps they don’t have superfluous record loops which I doubt many users use or need these days. Ducks……

Not saying the Nova digitisation is likely to be anywhere in the same league, the Urika digitising at an early stage, but seems a shame with the digital Urika II that you’re stuck with Linn’s ecosystem to decode. Or are you?

I sometimes think it would be better if people weren’t aware of it, then they would just judge the thing for what it sounds like instead of fretting over the concept of losing the purity of an unadulterated analogue chain.

Yeah maybe. Still, it’s something I for one wanted to keep when I chose

Another happy Nova customer here and although no vinyl I love the ability to stream and play CD’s I am using the Nova DAC via an Audiolab 6000CDT straight digital Chord digital connection. I went with the LS50 Meta’s and complimented them with a REL TX\5, the latest addition of the Powerline just completes the picture. I previously owned NAC202 and NAP 200 NSats and NSub, CD5 etc, I think the consolidation of the Nova and CD player is perfect. Also have Qobuz and Tidal, Tidal works without a hitch always and Qobuz sometimes cuts out but I think that is my download speed issue. Only have 20Mb. I love the variety Tidal suggests and has opened up whole new artists and music. :-0)

I sometimes think it would be better if people weren’t aware of it, then they would just judge the thing for what it sounds like instead of fretting over the concept of losing the purity of an unadulterated analogue chain.

I for one don’t fret. I stopped purchasing vinyl in 1984. And now, with the exception of 4k Blu-rays, physical media is dead to me.

So the Spendors are warming up!! Good grief they are good.

I understand about the conversion of analogue to digital. I do understand you lose something (however minor the trimming of the corners and formalising of the lucidity might be) via that. I love vinyl. I may need another avenue there.

All I can say is that the Nova with the A7s is an extraordinary system. The technology in both of the very highest quality. I am absolutely loving them.

Enjoy your Nova, it’s a great piece of kit!

Wow you virtually have my system, including cables, there Marty! I don’t have a sub (yet) though. I also was running both Tidal and Qobuz for a while. I’ve now dropped Tidal as I don’t suffer from your dropout issues with Qobuz. Happy listening!

And keep in mind that all newer recordings are done in digital. The Vinyl is then created after conversion to analog.