I have just ripped the 4 CDs by Lucio Battisti - Master - vol. 2 released a few weeks ago. In Unitiserve it doesn’t find me any song title and no cover, it’s all unknown and this is not like a serious company like Naim Music. The firmware is the last 1.7c received by Naim via CD three months ago! I hope that in the coming weeks or so, Unitiserve can find all the Metadata! Please, however, to provide …

The online metadata searches that CD rippers use are third party services that the manufacturers subscribe to for their products. Even Apple pay someone else to provide this for iTunes. Unfortunately there will always be the occasional album it can’t find, although on my Unitiserve I find that it’s very rare for it to fail to identify an album.

It only takes a few minutes to type it in using n-Serve app and paste in the cover.

I find it quite unfair that the Naim house does not update even the old servers like the UNITISERVE! Other companies don’t have these problems when a CD is ripped! Look at how he cataloged the CD of Lucio Battisti Master volume 2! It is absurd … I expect an update of the Metadata or a new Firmware for Unitiserve. I remind Naim that we spent about € 2400 / € 3000 to buy this box at the time! It takes little to keep the customers and it takes little even to have them escape and buy other brands! Sorry for the outburst, I hope some naim assistants do something about it. 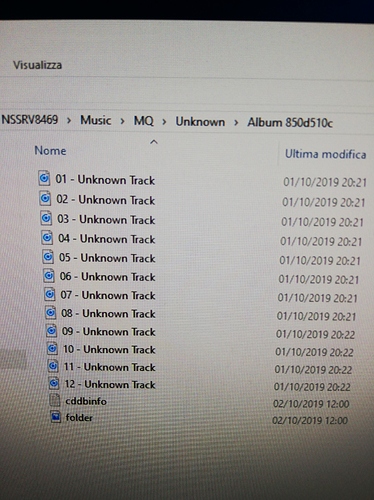 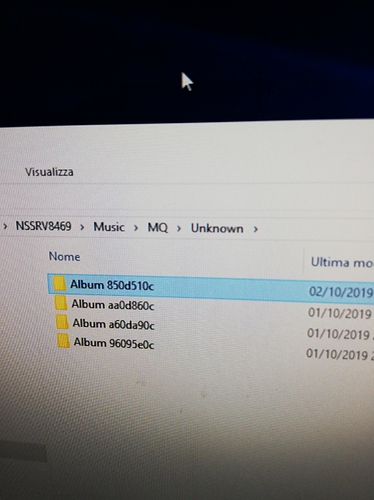 sell it and buy an innuos zen mini instead. The unitserve is really obsolete now. It’s not user friendly anymore. I sold mine for 1k recently. Zen mini costs around 1k.

There are only a small number of online metadata lookup services available, and Naim subscribe to three of them for the Unitiserve. In my experience of the US, a complete failure to retrieve any metadata for an album is unheard of, although it occasionally retrieves incorrect artwork. A total failure is sometimes caused by an internet connection failure at the time of ripping.

As Chris said above, it is not Naim’s fault. If the album has not been added to the online database then the Serve cannot find it. Just type in the details.

have you downloaded Naim Desktop client for the Unitserve? You can add cover albums and names.

You download the Naim desktop client ( tap google) , then it will find your unitserve and show all the albums you have. You can choose after any of them and add cover or rename. I was doing that still 4 months ago.
On a mac, you can ask @ChrisSU, i don’t remember of the app to install.

Ah ok, it seems I was wrong.

I believe that Naim in this field is a scandal! Musical quality aside but for these things they get lost in a glass of water and they get spoiled!

You can use the N-Serve app on iOS or OSX devices, or the DTC on windows,

I have just downloaded the client desktop software software. Let’s say he does the same things I did before entering my network path! Unfortunately he speaks only in English and is a bit problematic. Thanks anyway. Hello.

Desktop Client. You can get it from the Downloads section of the Unitiserve web page.

I believe that Naim in this field is a scandal!

At the end of the day that cost would end up being passed to the customer so we’d all pay more in the end for a solution to a problem that doesn’t affect the majority of cd lookups and already has a manual workaround.

Naim have already provided software update 1.7c for the Unitiserve because one of the 3rd party services has closed down even though they discontinued the Unitiserve in 2016.

Ah OK. Already done, but only speaks in English

I have already received 1.7c. Let’s say that the servers they use now and are therefore subscribers are worthless, … Other services of other similar devices find everything …