Hi all - I’ve just acquired a Naim UnitiServe, but sadly, it won’t start up (blinking logo, no display on VGA screen).

After going through some posts here, I’ve replaced the CMOS battery (was 2.0 V, new batter 3.3 V), and loaded the Naim Defaults. Still no luck…

Is the SSD drive visible in the BIOS settings? I can see the 2 TB drive, as well as a TEAC DV-W28SS-W (DVD drive).

Apart from getting a new SSD drive from NAIM (which I’m reluctant to do, given the age of the unit and the cost), are there any other options available? I’m wondering whether one can load a generic OS on an SSD drive and somehow make the unit useful again?

ps - the NAIM software would be proprietary, downloading the ISO image would therefore not be any option, I guess? 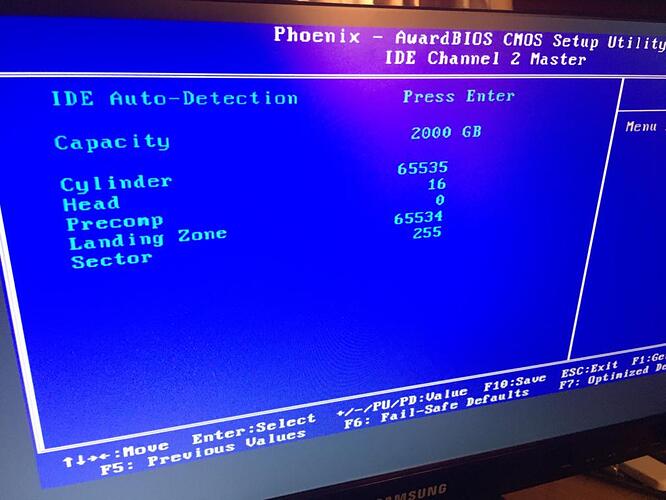 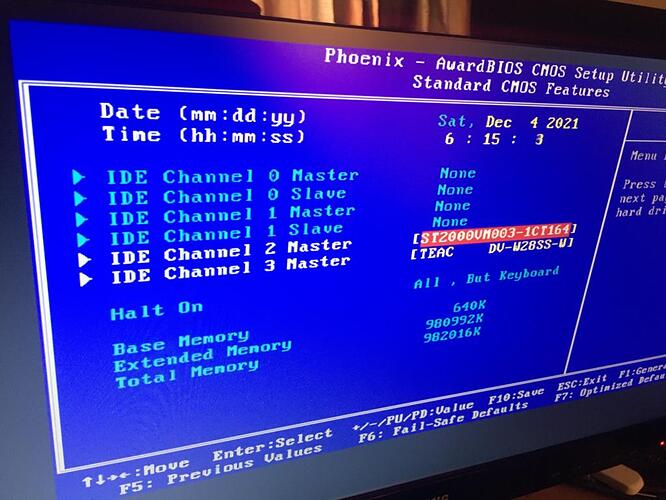 The UnitiServe came in two versions; one with a standard hard drive on which you store the music, and one with an SSD that plays music that is stored on a separate NAS, but doesn’t actually store music itself. As you can see the 2TB drive, it must be the standard version and therefore won’t have an SSD.

You say you’ve just acquired it, yet it won’t start up. If it’s defective can you not return it for a refund?

The Serve is pretty antiquated and I’m unsure if Naim can still support it. You would really be better either ripping albums on your computer and keeping them on a Nas, or getting a more up to date ripper/server.

If it doesn’t start up even though you have done a battery change and restored the Naim default BIOS settings, then it’s likely another fault and the most likely is a hard disc failure of some sort, like bad sectors where the OS is stored.

You cannot get the ISO image for the disk. Over the years I have seen many people try to persuade Naim and so far as I know, they have never been successful.

Naim can still service the Unitiserve. It’s quite an expensive service and probably means it going back to the factory, but the faulty unit is worth almost nothing and recently serviced with a Naim warranty will be worth more than the service cost. I have seen some posts here from people outside UK who have found a local service agent who is willing to sort a Unitiserve out.

If you can get the supplier to take it back, that is what I would suggest, like HH. But if you are stuck with it, then it’s a close call as to whether to get it repaired or sell it on for spares.

Thank you for the info, I was under the impression that the 2TB drive unit comes with a separate SSD drive for the OS and desktop application.

Well, I was offered the unit for EUR 110, but wanted to inspect it before concluding the transaction. This is from the seller:

I got it from someone I know and trust, he said it was working but hadn’t been used I ages… maybe the HD took a knock in transport

Given that I’m based in South Africa, shipping it to Naim for repair is not really an option either. I was hoping that one could get the ISO, otherwise I’ll look for options to possibly repurpose the unit.

Unless you want to repurpose it as a doorstop, I’d give it back and keep the money.

I was under the impression that the 2TB drive unit comes with a separate SSD drive for the OS and desktop application.

No, confirming what others said, everything sits on the same 2TB hard disc drive.

In the actual Unitiserve SSD, the OS does reside in a small internal SSD of a now obsolete type and that unit saves the music to shares, for example on a NAS on the network. Naim used to offer a modification service but the last time this was discussed here, Naim said they could no longer do those conversions as they can’t get or substitute the SSD.

Do we know what OS is being used, e.g. a custom/proprietary OS, or some flavour of Unix/Linux?

And is the file system FAT32?

Final questions (I think) - does anybody know more about the computer being used?

I’m going to try and use the XP recovery option to find out more about the state of the hard drive, is the UnitiServe using 32- or 64 bit?

I don’t know for sure, but bearing in mind how long ago this was designed, I would think probably 32 bit.

Thank you all for the replies and valuable information (Google wasn’t very helpful).

ps - I may move this to diyAudio, will keep you posted

Thanks. I suspect we are already at the boundary of what the Forum rules allow us to discuss here, although discussing changing the CMOS battery in a Unitiserve seems to be regarded as ok.

Dont use anything larger than 2tb it wont be recognised. I dont think you will have a lot of luck to be honest.

Incidentally if you get it working, the next thing to do will be to put the latest firmware (1.7c) on it. If you post here again then we can explain where you get it from and why you would want to have it.

I have no Unitiserve experience but I have worked on lots of IT gear running XP embedded, often with Phoenix bios.
Your first screen shot shows that the Unitiserve has found the hard drive and it appears to correctly recognise it, the capacity, cylinder, head etc all look good. The second screen shot is interesting. Normally the hard drive is on channel 0 master but yours is on channel 2 master. I suspect that the failing CMOS battery has caused the BIOS to reset to factory defaults and it is now trying to boot from a non existant drive on Channel 0. Somewhere in the BIOS is a boot sequence setting, have you checked that it is set to Channel 2 Master?

Thank you Mike, but it seems as if the correct drive is selected for bootup.

But, there is no option to change this configuration (I was hoping that one could boot from the DVD/CD drive). 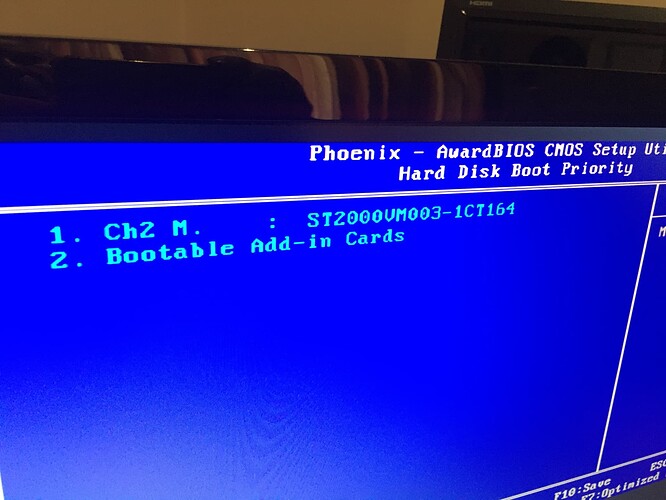