What are you driving and why would we be interested?

Not yet. Dealer hoping for delivery in the next month or or so but all these dates have been flexible so far. I suspect it will end up being 12/12 from ordering ie December. Seeing more on the roads here but higher spec models have the longest delivery times. Mine is in white incidentally.

Our new car has been pushed back another month, meant to get it in February but it’s now going to be March at the earliest.

My relation in Sydney is still waiting for his new Hyundai i130 N Sport ordered in August last year !!!

The above belongs in the Worst Jokes thread…

@haffle how are you getting on with the lovely Steyr Puch? Any more photos you can share?

I actually have two; my late father bought a beige 1972 long wheel base version in 1973 and we still have it - totally unrestored, and just one uncareful owner - but still roadworthy

The green one is a very early short wheel base model (1962), and a few years ago I did a full body-off nut & bolt restoration, including the engine. The only thing I didn’t get involved with was the gearbox. I went to a wonderful “treffen” in the village of Hafling in Sud Tirol recently; it is where the Hafling horse originated, and hence the vehicle too. Great fun.

Whilst an amazingly capable off roader, with individually selectable 2 or 4WD, front diff lock and rear diff lock (all can be deployed when moving), and portal gears/wheels, it is slightly let down by an anaemic 637cc twin air cooled engine. The green one is placarded as “max speed 36mph”! 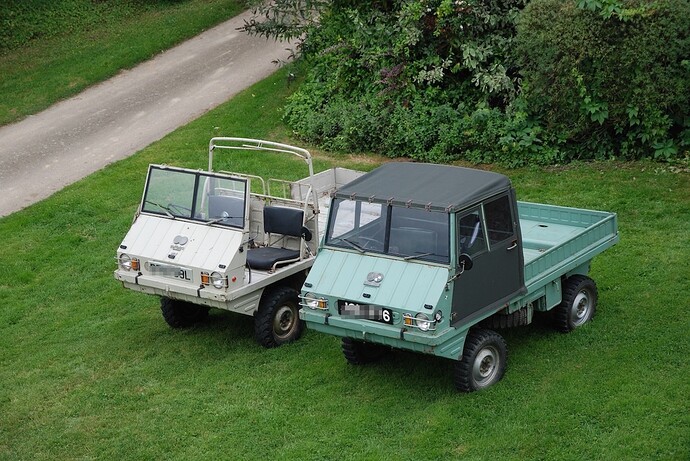 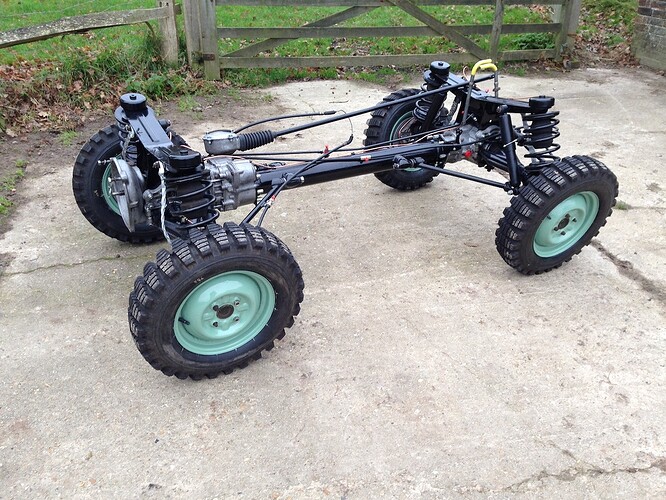 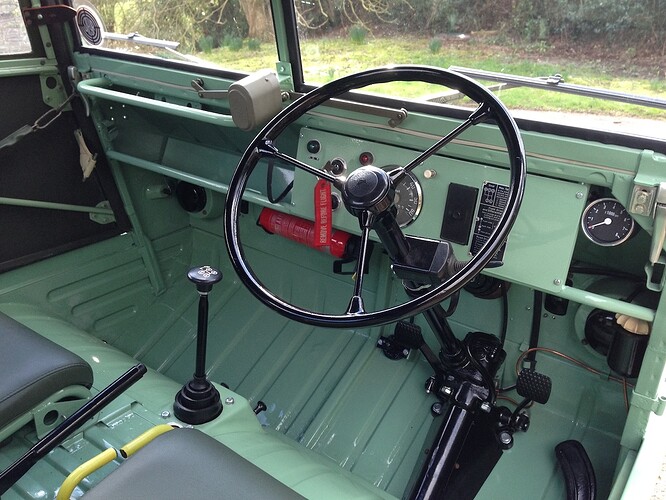 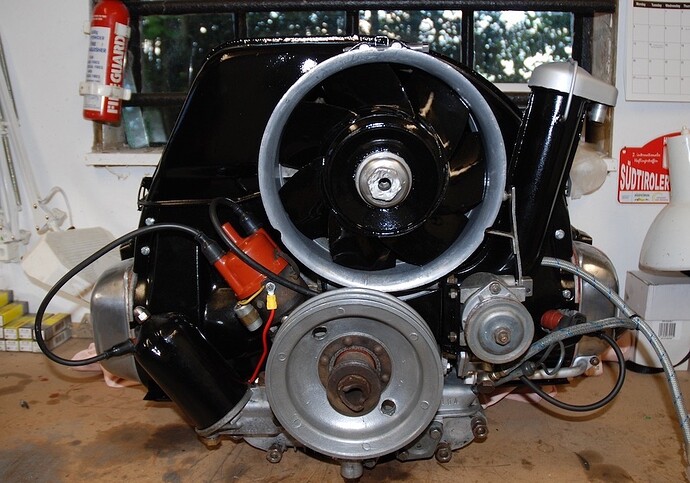 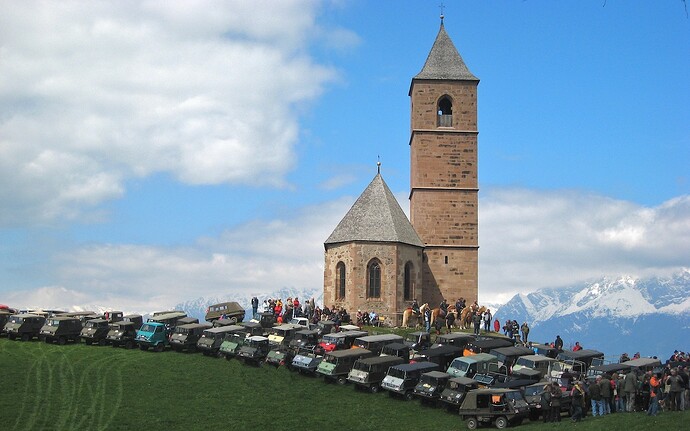 I only know these from childhood Top Trumps.

One of the cards you wanted to get rid of asap!

I see they are both RHD and so I guess you are based in the U.K. Any good dealers or specialists you can recommend? For some reason I am intrigued and want to find out more. Lovely photos by the way, and do tell me if I am being too intrusive or bothersome.

Was that official top trumps? I remember there were actual Top Trumps and I think they had that written on them and then there were copy cat ones so to speak. We had the pack with the 4x4s you’ve got and I remember the Haflinger and the DKW Munga. Probably because they were so unusual for the U.K. and because you didn’t want them in your hand because practicality and off road prowess weren’t rated were they? If you still have the pack are the Pinzgauer and Puch G in there or was that pack just a little too early?

Sorry, got that pic off internet.

This could also be on the things that make you feel old thread!

Not intrusive or bothersome at all - I can go on for eternity! I am based in the UK (Sussex), and both were / are civilian versions from the start. Probably the best “dealer” - who is more realistically the “main” spare parts chap in the UK - is http://haflingertechnik.com , but if you want to learn more / chat then http://www.thehaflinger.com forum is a good place to look. (I am a mod / admin on there). Lots more on FBook, but I don’t do FBook so can’t recommend anything there …

With 149k on the clock, she gets treated with respect. Brilliant to drive from a handling point of view

Compared to new vehicles, brakes and steering are heavy, but soon get used to it. 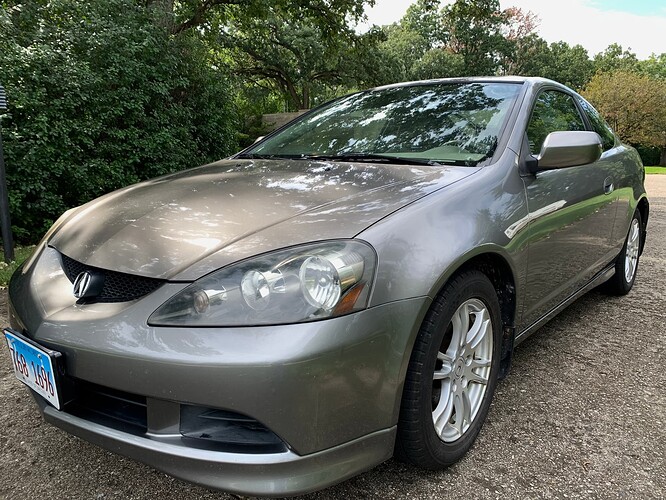 The same 2005 ACURA RSX. I spent five hours today detailing the car including the restoration of the headlights housing which became fogged: 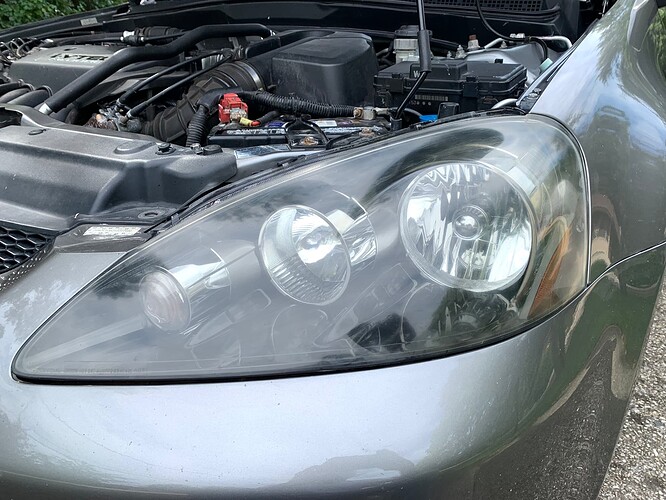 Does anybody here have any experience of buying a used car from the likes of Cinch, Cazoo or one of the other on-line suppliers ?

My son bought online from Cazoo. Researched, selected a car and had it delivered to a local Cazoo centre for him to look over before accepting delivery. Accepted delivery and then decided the spec of the car didn’t include a sat nav option that he thought was standard ( it was on later models). He informed Cazoo who found him another car with the right updated options and swapped it out. Hassle free for him. He used an independent finance friend and again Cazoo had no problem with this.

Similar positive experience with Cazoo from an acquaintance. Very accurate description online, plenty of time to check the car when delivered and very happy with the experience.

The only hesitation I would have is that Cazoo are apparently not in great financial shape. Might be an issue re warranty?