What are you preparing for dinner tonight?

Here, in the frozen Midwest, a dusting of snow can not prevent us from cooking outdoors. So, before sundown we are having grilled vegetables and lamb burgers to go with a small Mediterranean salad. Easy, fast, tasty and healthy. 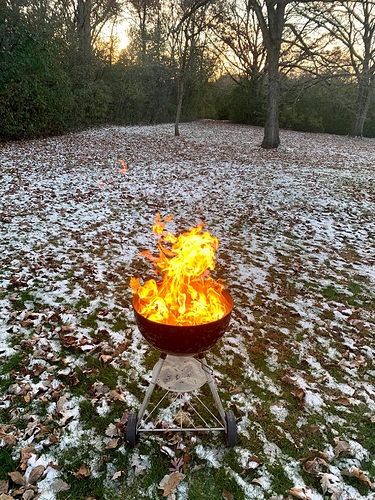 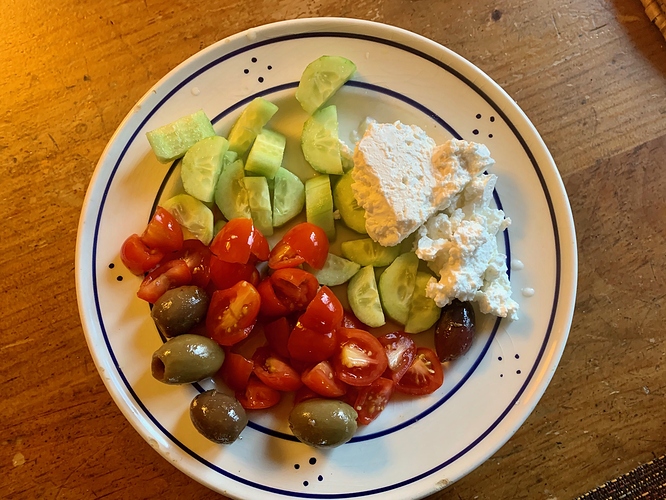 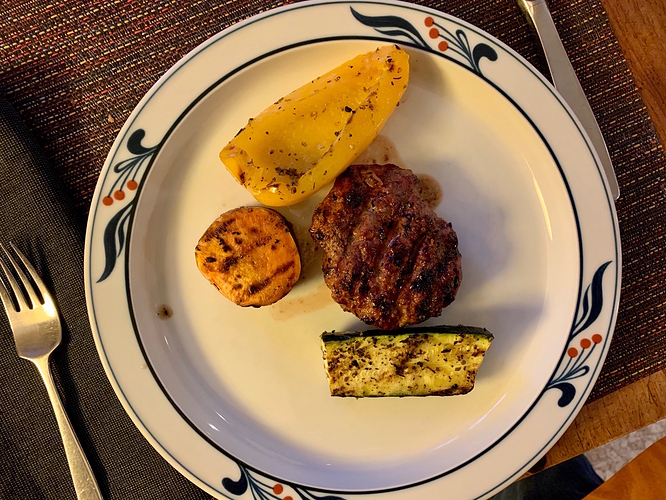 The in-laws are coming round for a birthday BBQ, so just grabbed some steak.

Don’t streak in front of the in laws!

Please keep all your clothes on, Mike.

Tonight I will be cooking mushroom risotto. The mushrooms are all ones I picked from around the house and in our woods - mostly porcini or bay boletes - and then dried. I’m still on 2017’s harvest. Last year wasn’t great and this year was looking poor up until mid september when the rain mean’t we had a very sudden bounty.

Tonight, I’ll be knocking up a kedgeree, as it’s one of my partner’s favourite meals, and I’m shrewd enough to know how this works.

I’m very fortunate in having a top class wet fish shop where I live, so it’s salad and crab claws from Whitby, to begin, and “proper” smoked haddock all the way from Fraserburgh for the kedgeree … yum.

Going to have a fish and chips from local shop tonight.

Tonight I will be cooking mushroom risotto. The mushrooms are all ones I picked from around the house and in our woods - mostly porcini or bay boletes - and then dried. I’m still on 2017’s harvest. Last year wasn’t great and this year was looking poor up until mid september when the rain mean’t we had a very sudden bounty.

It’s great to see that someone is using wild mushrooms in the UK, where most seem to ignore them for fear of picking something poisonous, and huge quantities remain unused in our woods and fields. In my youth we were surrounded by farmland, and had a plentiful supply of field mushrooms. Now, in N. Wales, we have a great variety of woodland mushrooms, although the quantity varies hugely from year to year. I have a Polish friend who dashes up here from London when I tell him there are Ceps to be picked, and we slice and dry them for storage.
The only completely reliable find I have is a big patch of Chanterelles that come up in the same patch every year without fail.
Last night, with no wild mushrooms to hand, I made a pasta sauce with some Chestnut mushrooms from the supermarket. I was pleasantly surprised to find that they had quite a distinctive taste compared to the usual spongy white shop bought things.

Interesting article in the week…i think city of london, about how Epping Forest is being hoovered up by people supplying mushrooms to the trade…forest suffering, they do a job. Putting out more patrols in the forest and fines…i guess its where you live in terms of abundance.

We live next to forestry - the rules are clear; you may pick for yourself but commercial foraging is strictly forbidden. Of course that doesn’t stop vans arriving, unloading 10 or more pickers who then go out and pick everything and anything which they then bring back to their “handler”, who then sorts it. That kind of thing can’t be a good idea.

Oh, and of course, when I say “pick” I actually mean cut - it’s much better to cut the fruit top and leave the bottom part behind undisturbed in the ground. That way you don’t damage the mycelium. Unfortunately the teams who grab anything almost always pick, pull, dig, destroy…

Yes, we foragers all have your favourite “patches”, particularly when it comes to chanterelles. One of mine is deep within the forest, and for ages I was safe knowing that it would be very hard for anyone else to find. Until a couple of years ago, when I noticed that the twigs were broken and there was obvious signs of footfall leading into the wood where the patch lay. They must have been pulled up because it has never been the same since.

And there are a few places where, when the conditions are right, I can normally find cauliflower fungus, which is really beautiful to see and also utterly delicious. Luckily it scares off many who just think it’s inedible.

Do you a smidgeon of spice to your kedgeree?

We have a concert tonight, with Ric Sanders who plays fiddle with Fairport Convention. This entails going with the band to the local pub beforehand, having a bite to eat and a chat about this and that.

I was recently pondering the idea of a thread for favourite recipes as it’s so easy to get stuck in a rut.

Lamb chops for me too.
I like the sound of the fenugreek… might just try it.
These chops have from a farm a couple miles away; we had the chump chops last week and they were very tasty. I normally pan fry with rosemary and garlic, but spice could be the new thing with lamb.

That’ll be nice, Rick’s a fine musician and when I’ve chatted to him at Cropredy is always great fun.

Do you a smidgeon of spice to your kedgeree?

Most certainly, in order to pay respect to the dish’s Indian heritage … so a blend of cumin, turmeric, with a hint of Tandoori curry powder.

Save the water in which the smoked haddock has been simmered, and use for cooking the rice.

I also favour double cream, and the eggs must be duck eggs, for that extra touch of luxury.

Once cooked, a sprinkle of chopped parsley on top … job done.

Oh Dave - that does sound good. I feel that this may be on the menu for me and Mrs n next weekend. Good thread this…

Dry heat seeds for a bit of colour and aroma, then into a mill with salt and pepper.
Fenugreek has a bitterness and unique flavour that goes with lambs sweetness without going all garam masala over kill on it.

The same as last night. It is just the two of us here so most of the time I cook enough for four dinners. Quite often the second night’s meal is even more tasty after the seasoned food sits 24 hours in the fridge. We might vary with the salad.

It would be nice if people posted pictures of the ingredients involved or the prepared meal itself.

HH, recipes are also welcomed as long as they are shorter than the local yellow pages.