I can’t see a thread for 2022 concerts so here goes. Just back from seeing Goat Girl at the Roundhouse as part of their ‘In The Round’ season. Great gig 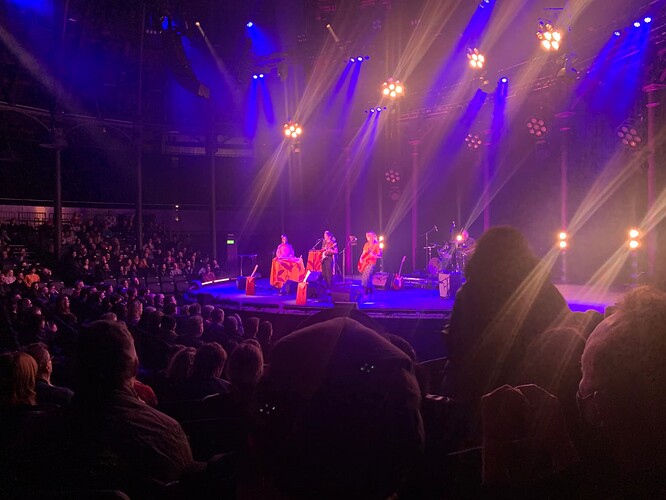 I enjoyed watching goat girl in a small pub in Brixton a few years back. Pleased to see they are on the up!

Last night at Rich Mix in Shoreditch:
The great ESE AND THE VOODUU PEOPLE 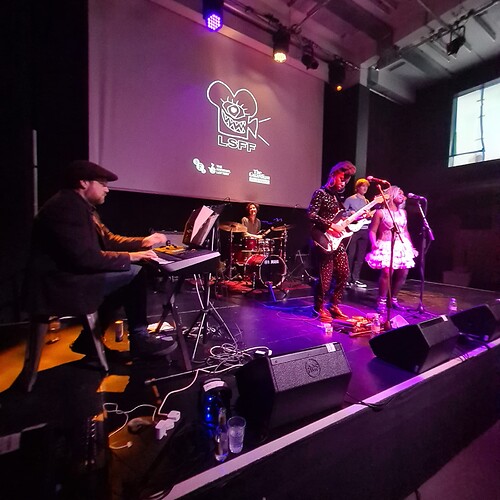 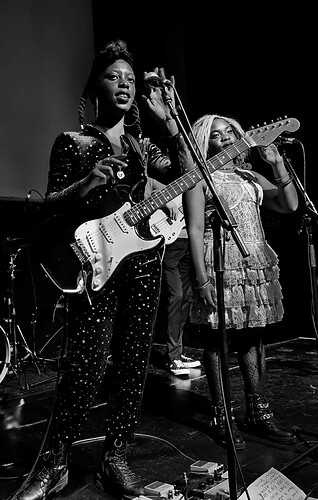 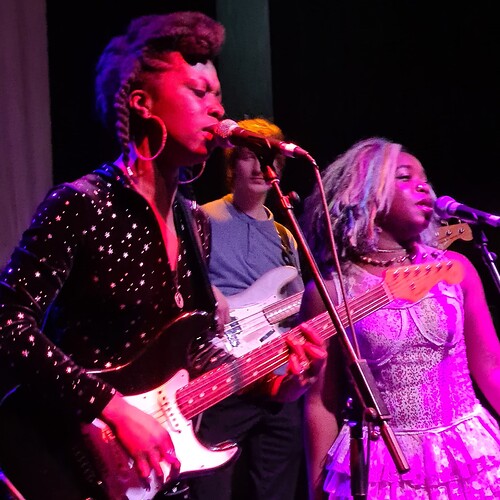 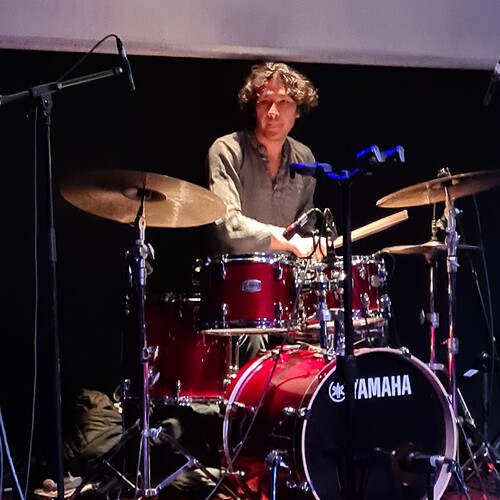 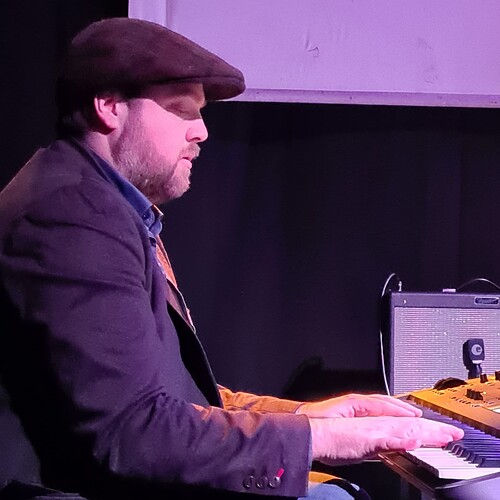 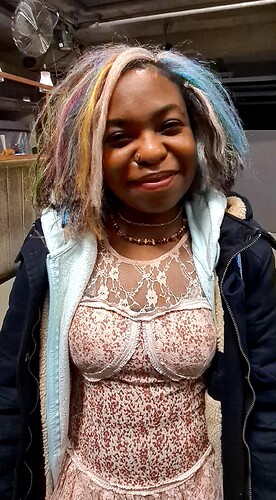 The gig was filmed so a visual treat coming, and also recorded on @TheKevster 's Magik Box.
Watch the skies

More Ese gigs to look forward to in 2022, be there or be square…

Great to see you and Laura last night @steviebee

Here’s the setlist:
Fairytale
Something Borrowed
Grey
Up In Smoke
She Said
Pain Fades
Grenfell Blues
Alien
How To Spot A Sociopath
Home Is Where The Hatred Is
I Don’t Mind
Silver Spoon

Always great to see you too, @TheKevster.

Next gig is the 29th: feverishly checking my shift rota so I can get there ( but I’ll get there…just a question of getting to the venue on time or for the second set).

We’re off to see “GoGo Penguins”, in a few weeks. We’ve only recently found these guys music and love what they do. Can’t wait to see them play live.

First time we saw these guys, they were supporting London’s Grammar, back in 2017 . Lo Moon have only the one album of material, to date. But it’s probably the one album that gets most played in our house, by myself, wife (and best mate), plus our adult son. 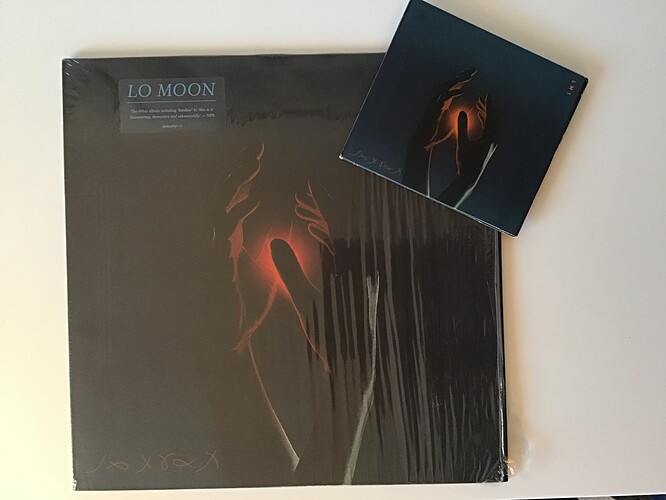 The Lo Moon debut album is brilliant. Such a big sound. And they are a great live act too.

They have a new album due out in February 2022. That’s got to be a compulsory purchase for us, when it’s released.

Quite fancy jumping on a plane and doing their Dublin gig. Just planning it all now.

So much music to look forward to…
Let’s all hope for a better (music filled) 2022.

Not sure this counts as a concert but this is probably the best thread. I went to see the new production of ‘Cabaret’ at the Playhouse Theatre last night - it does have a live band and singers. Oh my word - I don’t think I have seen anything like this in all of my theatre going years. The whole of the theatre has been turned into the KitKat club. When you arrive at the theatre you don’t go into the main entrance but are led underground through dark, seedy corridors where at the end you are offered a beer or glass of schnapps ( schnapps for me obvs). You then go into the ‘bar’ area which has been given the full 1930’s treatment and is full of scantily dressed dancers and musicians wandering about. Suddenly 5 dancers are on the bar performing a brilliant and quite rude routine to the live accordion, oboe, violin etc. And this is before you are even allowed into the theatre!
The theatre itself is just amazing - it has been turned into a proper club with tables and the performers/dancers mingle with the audience. You drink champagne from proper glasses which you are allowed to take in, none of this plastic glass nonsense. It is all performed in the round. Eddie Redmayne does a very twitchy, mannered performance as the Emcee but is very good. Star of the show however is Jessie Buckley as Sally Bowles - just brilliant and she has a wonderful voice. The whole show is done so well with a live band and incredible dancers. I have loved Cabaret ever since I saw the film as a boy in the 70’s and have always wanted to see it live. Now I have and can’t believe how good it is. Redmayne/Buckley are there until March but the show runs until October. The whole experience is bigger than the stars so I would still recommend going to see it. It is expensive but I think this is a once in a lifetime production

Sounds wonderful saw Cabaret a few years ago with leads played by Will Young and Louise Rednapp.

Ah the Playhouse Theatre saw Michael Hedges there back in 1987 - now that was a concert.

We’re going in March, an Xmas present from my wife, thanks for the review, really looking forward to this!

I am actually jealous of you going, despite having already seen it! Might have to go a second time

I have seen a couple of other productions, but this does sound very special, now I know why the tickets are so expensive!

You arrive at 1830 and leave at 2230 so you get 4 hours of entertainment and when you see the sheer number of performers involved and the gutting/transformation of the Playhouse theatre you realise where the money has gone. I came out thinking that the price was well worth it (although I didn’t have one of the tables near the stage where tickets are £400 pp

I think you can call this a concert, my take is that if there are more than 3 songs it’s a concert!

At the other end of the spectrum we were at The Donmar on Saturday for Rory Kinnear in “Force Majeure”, not a cast of thousands and no songs but a great piece of theatre in very intimate surroundings, highly recommended ….back to topic…

Continuing the thread drift for a moment, I think Rory Kinnear is one of finest actors of his generation. His performance as Iago in Othello at NT was one of my all time favourite performances.

Right - back to concerts! ATB

Ah the Playhouse Theatre saw Michael Hedges there back in 1987

Wow that would have been great. I came across (and bought) one of his Windham Hill records recently. What I’d really like is a copy of Aerial Boundaries, although I’m not sure whether that was even issued on vinyl.

Yes one of those concerts you just book up and never realise how lucky you are.

Looks like it was on vinyl and again reissued in 2015

A few surprises lined up for Saturday @steviebee…

Oooooh…shall I wear a frock?

See you there @TheKevster - in our matching twinsets and pearls!

Meaning you n me - Laura can’t make it.

I think @biddler66 may be coming too Steve.