What’s your preferred Streaming service in 2021 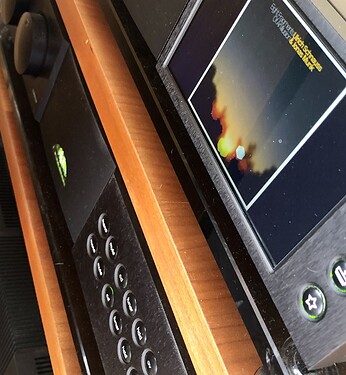 As someone who doesn’t steam I am curious to see the result of this poll, mainly out of curiosity and a grudging acceptance that I might well sign up to one in the near future, especially if I move to somewhere without a good selection of music shops that I have on my doorstep.

I wonder if the type of music liked has an influence on which provider people choose?

Does the generation of Naim streamer, or make if using another, have an influence on peoples choices?

Does the ability of other family members to use the account also affect people choices?

How do you feel about musicians not getting paid the same share as they would for radio play or cd/vinyl?

I’m tied in to either Qobuz or Tidal at the moment because I choose to use Roon as my main interface
and integrated music library comprising albums on my local NAS and external streaming services. I can’t see my position on this changing for as long as Roon provides access to content from either Tidal or Qobuz.

I subscribe to Tidal streaming services rather than those of Qobuz, not because I think Tidal is better in respect of sound quality but simply because a significant number of albums in my Roon Music Library sourced from Tidal are not currently available from Qobuz.

My only Naim streamer is the stand-alone Muso Qb located in my kitchen. I can happily stream Tidal (or Qobuz were I to subscribe) to the Muso Qb via Roon, and indeed to each of my other (non Naim) Roon endpoints.

If Spotify up their game and go proper hi res , I.e. similar to Qobuz, I’ll just use Spotify. Currently I pay for both. Mainly driven by having a family subscription to Spotify, who u Note have just raised their prices.

My family said Qobuz was for old people and that Spotify is where its at! Kids.
They even tested qobuz with a few of their regular favourites and it did fail.
But if Spotify passes my quality test, then I’d like to pay for just it, rather than it and Qobuz.

I don’t use any subscription streaming service. I do use free online streaming services to sample new music, when availability is not the prime consideration not quality, otherwise I only buy and play from my own music store, safe in its permanent availability without extra costs, without risk of becoming unavailable due to licensing or business changes.

Qobuz because NDX2 and I want hi-res. Used Tidal before and IMHO their app is vastly better than Qobuz’s, but I am using mostly Roon so don’t care. (Picking some album from the Qobuz app when travelling works as well, so I don’t really need Tidal’s better app. And no family members to worry about).

Both Tidal and Qobuz pay a multiple per stream to artists compared to Spotify/Amazon/etc, so even if I could switch I don’t see myself doing so if this does not change.

I found some albums missing in Qobuz that I had in Tidal, but no big deal (and maybe vice versa too, but I wouldn’t notice). If the music is important to me, I can always buy it (which I tend to do, anyway). If it is not important to me, well, it isn’t.

You know what, I find myself doing more of this.
Finding new stuff, albeit via paid streaming services, then buying what I really like. A blend if cd and vinyl. The cd gets ripped to nas then streamed to the ndx2.
Just need to be brave enough to switch off Spotify and qobuz.

Spotify - for family and playlists

Tidal - was for on the go with the AQ Cobalt, but UAPP needs strong WiFi so only for use at home so now a waste

I started with Tidal then moved to Qobuz when it became available in the USA after a 30 day side by side trial. I found that on my system, in my room, with my ears that Qobuz sounded better. Qobuz was also $5.00 a month less expensive. They then offered 12 months for the price of 10 if paid on an annual basis.

Qobuz works for me but do appreciate everyone has different systems, room, hearing, tastes budgets needs, etc, so the right answer is what works for you.

I personally will not use Amazon Music because of my opinion regarding how the company operates and how they treat the people that work for them.

I’m on Tidal. When I found out there were 129 Willie Nelson albums on Tidal it closed the deal for me. I also get a military discount.
It’s been a while since I tried Spotify but the quality was poor and I couldn’t find anything I cared for. I guess it’s a generational thing.
I’ve been accused of only liking music either created or performed by dead people.

I’m on Tidal. When I found out there were 129 Willie Nelson albums on Tidal it closed the deal for me.

Wow, that’s exactly the reason I moved to Qobuz

He must having been doing one a year at that rate.

Qobuz until Spotify launch the HD service, no-one comes close to Spotify in terms of useability

Interestingly I note that Highresaudio isn’t offered as an option for online streaming source, though as their name suggests they stream hi res. Does anyone use it?

There seem to be even more on Qobuz so you are missing something !

no-one comes close to Spotify in terms of useability

Of course Roon is a specialized front end ‘system’ (not just an app) that requires a partnership with an external streaming service if you want externally sourced music, and currently this is limited to Tidal and/or Qobuz.

I have used Spotify, apps provided by other streaming services and apps supplied with hi-fi equipment by quite a few manufacturers such as Naim and Linn, and for me nothing comes close to Roon.

Looks like I should give Qobuz a try. I will only cost me a few bucks more. I get a veterans discount on Tidal.

Not really the same thing though