What was the last concert / gig you attended?

Discovered Louise Farrenc’s work. Perhaps not a ground breaking but Noonet Op.31 was nicely crafted score which I enjoyed very much. Need to explore her work further! 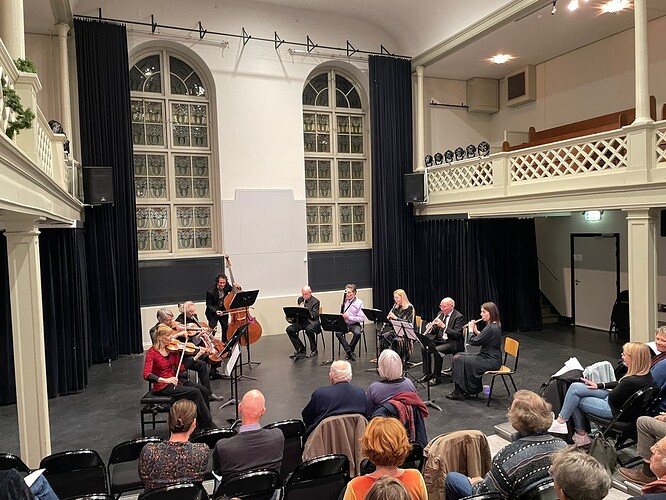 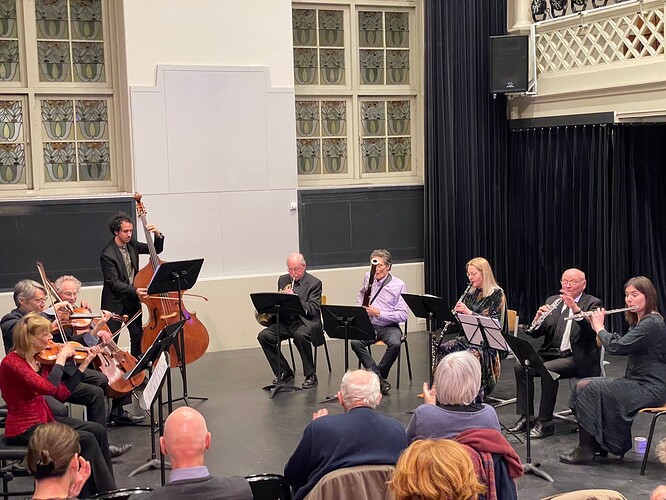 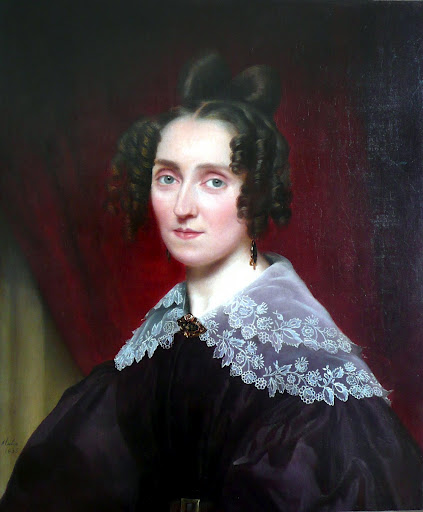 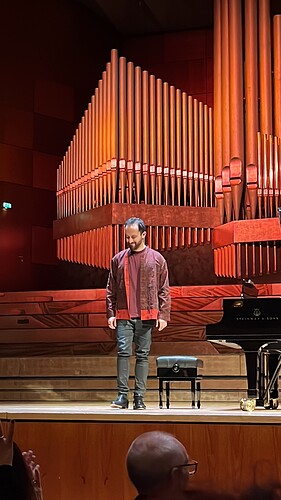 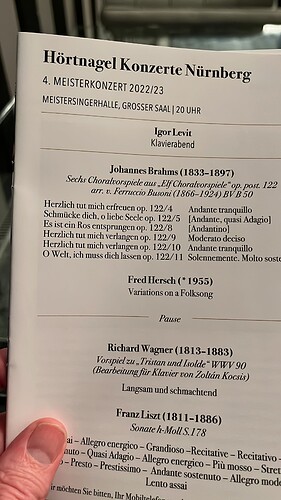 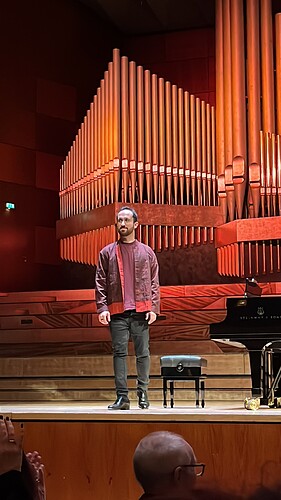 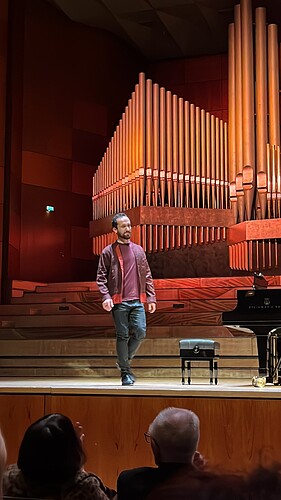 Had a very good concert with Igor Levit, especially his rendition of the Wagner Transcription was extraordinary….

Wow Nice!
I was slated to go hear him but Pandemic cancelled his recital. Hope to catch him in Chicago this year at the Orchestra Hall.

I jumped on the opportunity to hear Trifonov play Beethoven since, AFAIK, he only recorded romantic programs such as Chopin and Rachmaninoff. I also was curious about Lahav Shani who I am going to be missing his concert with Beatrice Rana back in Chicago. 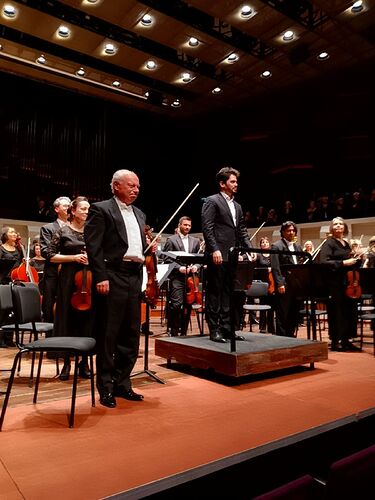 His Beethoven was more in a romantic side and I felt that it was lacking a bit of beethoven chip on his shoulder spunk. Also the tempo was slower than what I am used to. But the acoustic in De Doelen, as usual, was just excellent extracting colours and textures nicely. Altho at the intro, the band was not quite together. The best part was Trifonov’s encore ; C.P.E. Bach Rondo in C major. What a beautiful wonderful piece! exquisite!

Ein Heldenlife I found was problematic. He and the first violin Igor Gruppman failed to depict the colourful story telling of Strauss. Lacking nuances and expressions needed to make the score more interesting. It was dynamic all right but quieter softer parts lacked nuance and delicacy. I certainly heard this score better before with the Chicago Symphony and I have heard Rotterdam Orchestra performing better.

I went to the Barbican in central London last evening to see Lucinda Williams and her band, Buick 6 plus another guitarist. I did not do my homework and had no idea that Lucinda had suffered a serious stroke a year or so ago. I was not expecting a little old lady to be carefully guided onto the stage as I sat dumbstruck at such a spectacle. Nevertheless she gave her all and carried the audience through one heck of an emotional roller-coaster trip. It was a lovely experience. The band was simply superb and the two guitarists worked great with each other - no competition upstaging their purpose - a real lesson in professional bandsmanship (if such a word exists!). Very glad I went and also chastened!

That she had a stroke passed me by as well, looked it up on the web it happened back in 2021……brave lady to carry on her singing etc.

Gee I had no idea either that’s sad news.

She was very open about the whole thing - not sure whether just optimistic but she said her hope was for a full recovery to allow her to get back on the guitar. I presume that explained the additional guitarist. Really hope that turns out to be the case. Her anecdotes were amazing, particularly the backdrop to Copenhagen which had a few tear ducts welling up in the audience.

I suspect the age profile of the audience was a bit senior - I looked round a good few times and saw no evidence of phone displays taking photos/ video clips, which felt a bit odd these days!

Well i certainly hope she does make a full recovery……she will be on my playlist tonight.

I was at the concert too, and was also surprised to see Lucinda looking so frail. She gave a great performance though - her backing band were superb. I also really enjoyed the opening act L.A. Williams - some of the songs they played were really beautiful, and they had a great energy.

It was my first time at The Barbican, I thought it was a great venue with excellent acoustics. 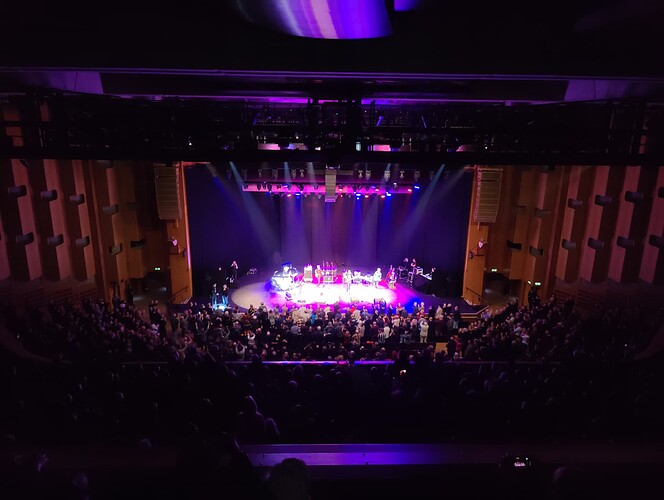 I thought she had died, so I’m very pleased to hear she didn’t. And…bravo, Lucinda.

“In a momentous concert three years in the making, the Cambridge University Orchestra returns to the magnificent surroundings of King’s Chapel for the first time since the pandemic. They are joined by soprano Eleanor Dennis, baritone Ashley Riches, the Cambridge University Chamber Choir and the choirs of Clare, Gonville and Caius, Jesus and Selwyn Colleges for a performance of Brahms’ unique and reflective German Requiem conducted by King’s Director of Music Daniel Hyde.”

The Barbican is a great venue - last time I was there I saw Jeff Tweedy playing solo (lead singer from Wilco).

The opening band were a bit all over the place in my opinion - too many individuals with no real sense of identity/ direction was how they came across to me. Except for the song near the end where the three brothers got together and sang their hearts out in perfect harmony. That song captured the essence of where they came from and the others illustrated their struggles to find a new direction. Maybe I was overthinking it a bit but the contrast with the coherence demonstrated by Buick 6 was quite something.

That’s a fair critique of the opening act I would say. They certainly veered around in a number of different musical directions. They were one of the better opening acts I have seen recently though, so that may have clouded my judgement slightly. Agree, the harmony was great! 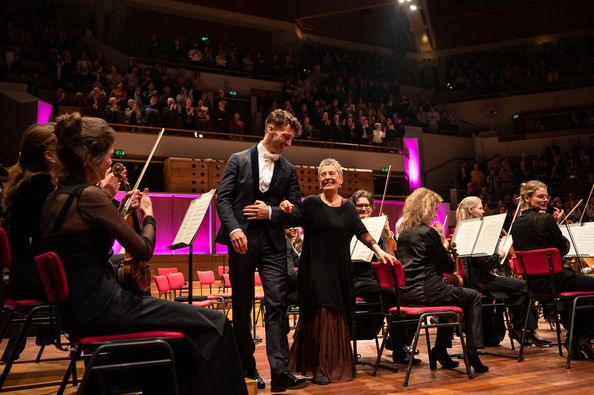 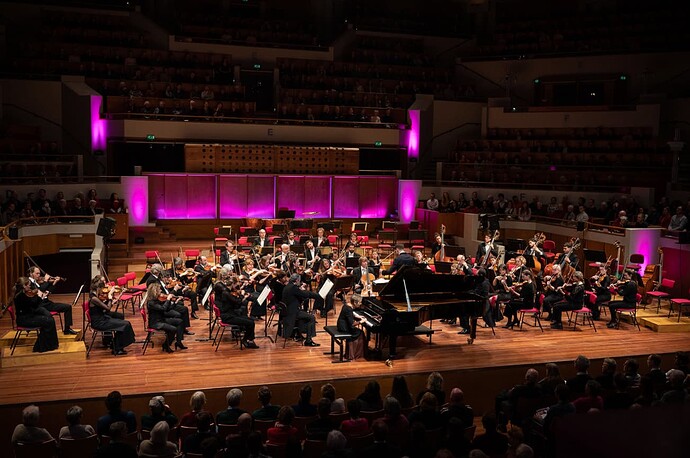 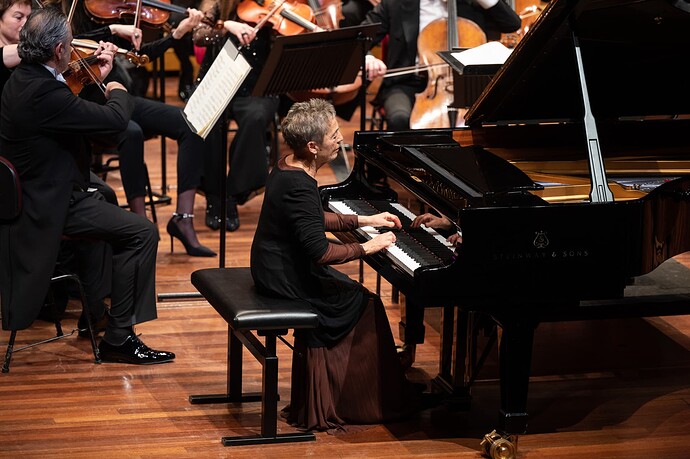 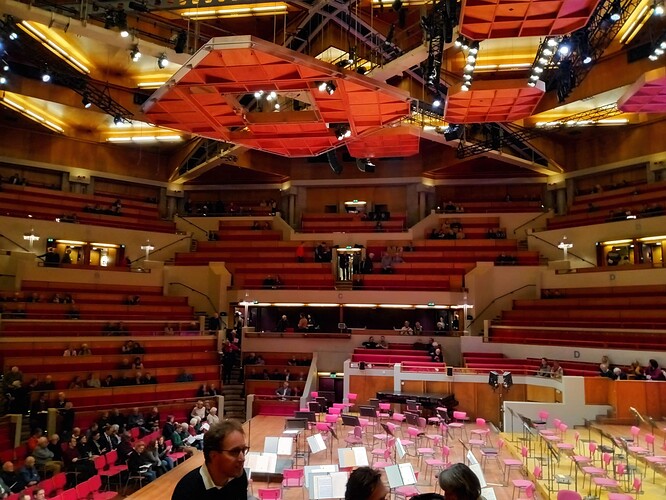 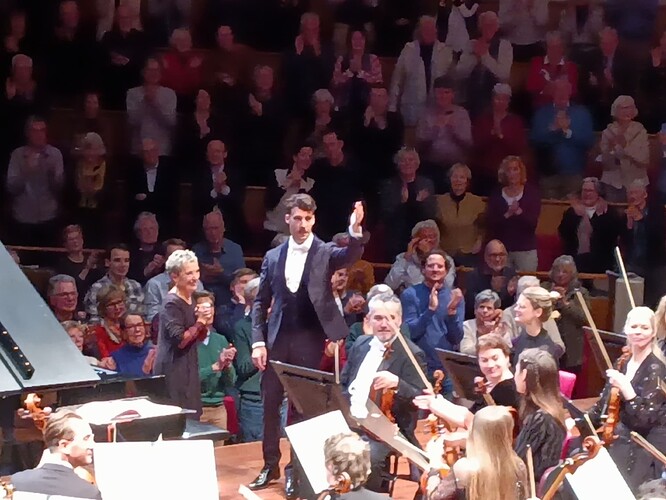 h-XMJkhA1920×1440 173 KB
A terrific piano concert of Maria Joao Pires playing Mozart No.27 with Dutch National Orkest with Lorenzo Viotti. I always admired her Mozart and she sure did not dissapoint. Her note delivery was so fluid each note was like a highly polished strings of pearls. She did make one tiny misplaying but did not matter as it was so beautifully interpretted. She is 78! Looked terrific tho she fell a day before so she was aided by Lorenzo to the stage. In spite she came on several times for applause and played a lovely encore piece. ( Mozarts Pianosonate 12 in F, Adagio (KV332)) I have seen Viotti conducting Tosca last year and was very impressed. I wanted to check out to see how he deals with Mozart and Brahms in a concert setting. Very expressive with huge dynamic swings. Both the Mozart and Wagner piece were terrific. Brahms also was good but I preferred Muti/CSO’s sharper relentless and quicker pacing better. But all’n’all we were very satisfied. It was at Utrecht Tivolivredenburg hall which I have never been before. The hall acoustics were excellent altho a piano was a bit defused due to we were sitting on the back balcony.

This was one of the nicest concert I have attended. In spite a large hall I felt it was intimate and everyone was smiling. I could tell the orchestra members like this young conductor.

Last night at the Symphony Hall in Birmingham. We were not familiar with the Tchaikovsky Concerto, but it was excellent and the young French Pianist was quite breathtaking. Not heard the Planets live before, quite an experience. There were a lot of microphones and cameras on set, so recording it for some reason. 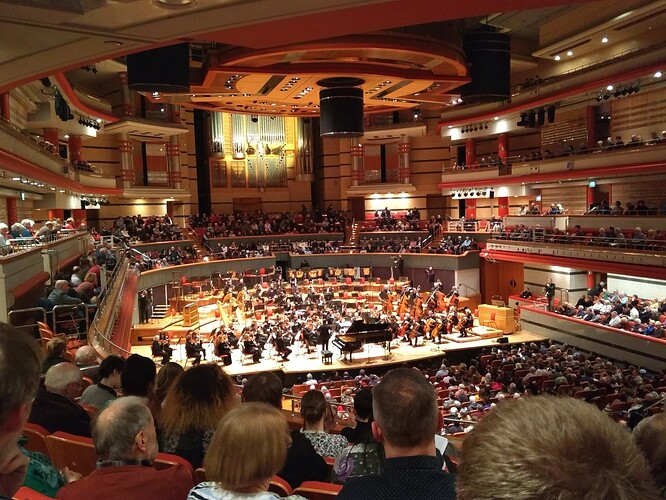 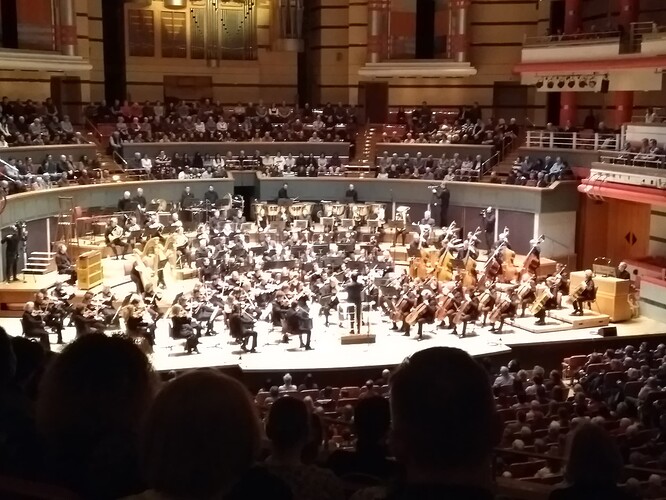 Just saw AlterBridge in Atlanta and Nashville. Had a special 2nd warm up band Mammoth (Wolfgang Van Halen) was outstanding. The Ryman in Nashville is a fantastic venue, the Coca Cola Roxy in Atlanta, do your research. 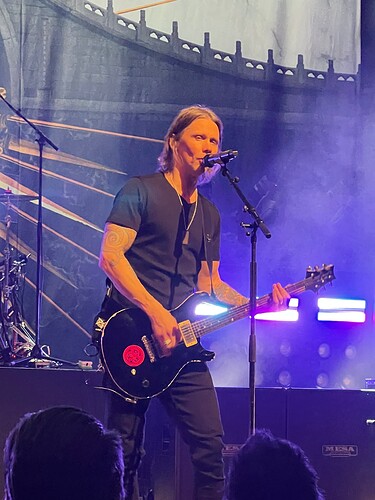 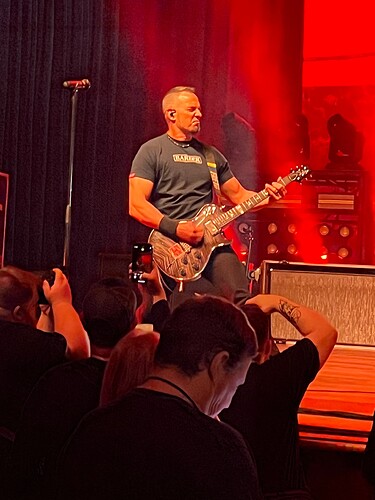 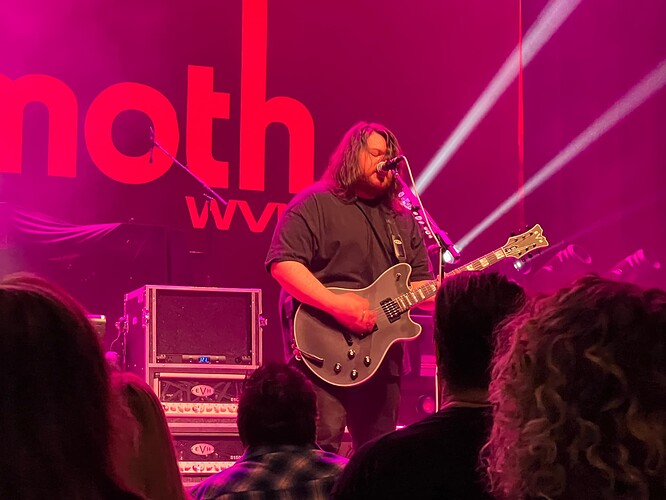 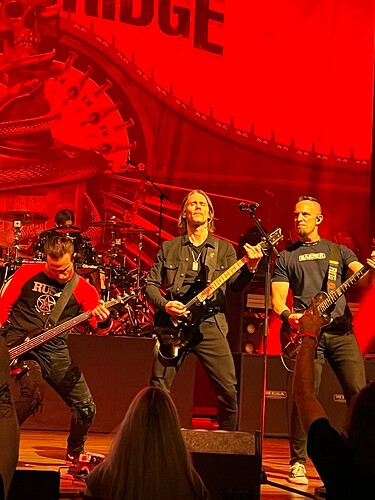